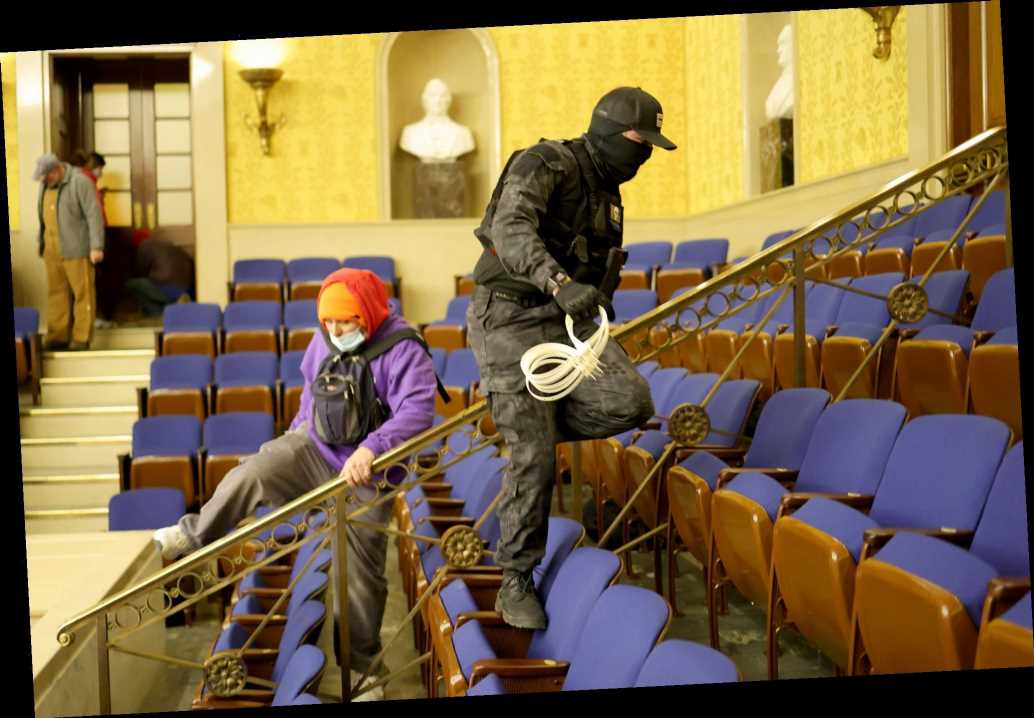 Jill Biden visits National Guard troops, thanks them with cookies

The Capitol rioter dubbed the “zip-tie guy” who was captured in a viral photo holding a wad of plastic handcuffs during the Jan. 6 riot had an arsenal of 15 guns, including a sniper rifle, in his Tennessee house after the siege, according to court papers filed this week.

The cache of weapons was discovered in 30-year-old Eric Munchel’s home by federal authorities who searched it soon after he was pictured inside the Senate chamber wearing tactical gear and carrying the plastic restraints.

The guns were stashed in a black, five-foot safe inside his bedroom, an Assistant US Attorney in the Middle District of Tennessee wrote in a memo arguing to keep Munchel locked up pending trial.

“15 firearms, including assault rifles, a sniper rifle with a tripod, other rifles, shotguns, and pistols, and hundreds of rounds of ammunition,” the prosecutor wrote of the weapons.

“Agents also located a drumstyle magazine elsewhere in the residence,” he added.

The tactical gear Munchel was pictured wearing in the Capitol during the riot was also recovered from the home, according to the memo.

Munchel, who was arrested on Jan. 10, is scheduled to have a detention hearing Friday in which a judge will determine if he remains behind bars while awaiting trial in Washington, D.C.

Munchel faces one count of knowingly entering or remaining in any restricted building or grounds without lawful authority and one count of violent entry and disorderly conduct on Capitol grounds.

Five people, including a Capitol Police officer, were killed in the riot.