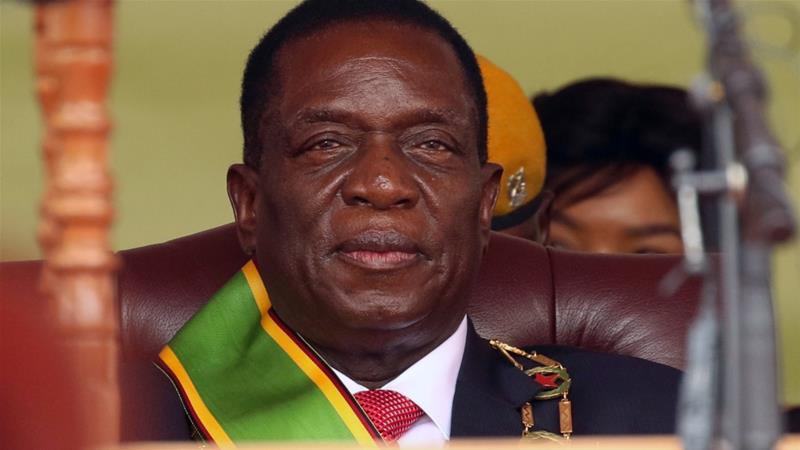 Harare, Zimbabwe – Zimbabwe’s President Emmerson Mnangagwa has announced that the country will hold elections in in five months, the first poll in the southern African state since independence that does not involve former President Robert Mugabe.

Mnangagwa said that he had no doubt that the vote would go ahead peacefully, according to the state daily, The Herald.

“We will ensure that Zimbabwe delivers free, credible, fair and indisputable elections to ensure Zimbabwe engages the world as a qualified democratic state,” he said.

Mugabe, who was one of the longest-serving leaders in the world, was forced out of office late November by the army.

Both Mugabe and Mnangagwa belonged to the Zanu-PF party and fought together in Zimbabwe’s war of independence.

Mnangagwa, who took over from Mugabe was forced to resign, has given assurances to the international community that Zimbabwe will hold credible polls on schedule. However, the opposition maintains that without reforms, a credible outcome is not possible.

Leading opposition party, the Movement for Democratic Change (MDC), has called for reforms before any elections are held.

Nelson Chamisa, vice president of the MDC, told Al Jazeera that while he acknowledged Mnangagwa’s statement, any announcement would have to be made through authorised channels, referring to the Zimbabwe Electoral Commission (ZEC).

“The roadmap and timeline must be availed to all contesting parties, including MDC. It must be something that all parties agree to and not just what one person says,” he said.

“We must have reforms in order for those elections to be free, fair and credible in line with the constitution. Reforms are fundamental; otherwise that election can’t be possible, and we can’t have that,” Chamisa added.

According to the constitution, Zimbabwe can hold elections between July and August, although parliament can decide to dissolve itself, triggering an early vote.

The opposition is pushing for the Electoral Act to be aligned with the constitution, which would allow postal voting and the appointment of an independent election commission.

The MDC also demands equal access to a register of voters.

During elections in 2013, the electoral commission’s refusal to grant the MDC access to the electronic voter roll led to a court dispute and the MDC’s boycotting of subsequent by-elections.

Since the rise of the MDC in 2000, elections in Zimbabwe have been marred by political violence as well as allegations of bias by state institutions and vote rigging.

With tensions at their peak in 2008, almost 200 opposition supporters died during the presidential poll.

The political crisis led to the MDC, the ruling Zanu-PF, and other parties forming a coalition government.