London: The scandal surrounding Prince Andrew's friendship with paedophile Jeffrey Epstein has deepened after a leading US prosecutor said requests to interview the senior royal – including from the FBI – had been ignored.

United States Attorney Geoffrey Berman made the explosive claim in New York while providing a brief update on the criminal investigation into the inner circle of the disgraced billionaire who was found dead in custody last year. 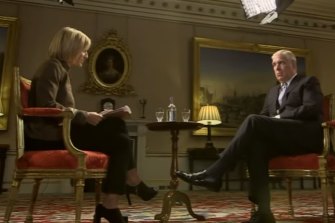 Prince Andrew vowed to cooperate with investigations during his infamous Newsnight interview. Credit:BBC

Berman would not say what prosecutors or the FBI wanted to know from the Duke of York.

In his now infamous interview with the BBC's Newsnight program, Andrew said he was prepared to give testimony or give a statement under oath "if push came to shove and the legal advice was to do so".

The interview, in which Andrew vehemently denied he had had sex with a woman who says she was trafficked by Jeffrey Epstein, spectacularly backfired and he was forced to abandon his royal duties days later. 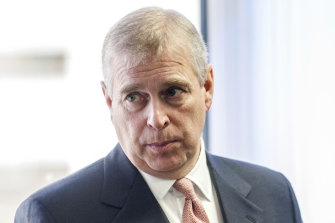 Prince Andrew had previously said he would cooperate with investigators.Credit:AP

In a statement announcing that decision, the Queen's second-eldest son said he would cooperate with investigations.

"Of course, I am willing to help any appropriate law enforcement agency with their investigations, if required," he said at the time.

"I continue to unequivocally regret my ill-judged association with Jeffrey Epstein. His suicide has left many unanswered questions, particularly for his victims, and I deeply sympathise with everyone who has been affected and wants some form of closure. I can only hope that, in time, they will be able to rebuild their lives."

Virginia Roberts Giuffre has claimed Epstein forced her to have sex with Andrew in 2001 when she was 17. She says Epstein flew her around the world on his private planes to meet powerful men, and that she had sexual encounters with Andrew in London and New York and in the US Virgin Islands.

Andrew strongly denied the claims during the Newsnight interview.

"I can absolutely, categorically tell you it never happened," he said.