Younger generations of Britons are abandoning the classic cup of builder’s tea in favour of coffee and herbal brews, the company behind PG Tips has warned.

The ‘dying’ demand for black tea bags has been flagged by consumer goods giant Unilever, which also owns Marmite and Dove soap.

Instead, so-called millennial and generation Z shoppers born between the early 1980s and early 2000s are turning to trendier and more expensive varieties such as green teas and herbal blends. 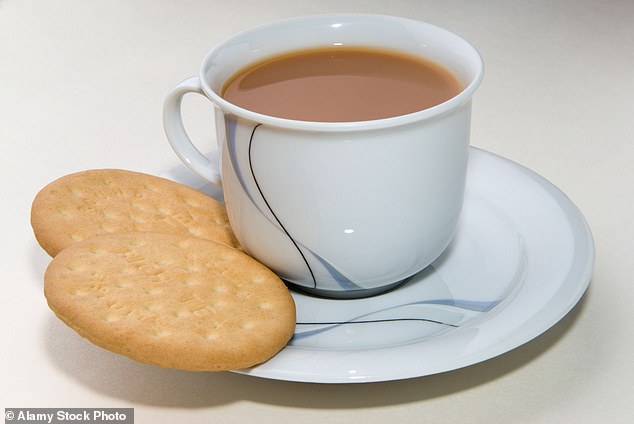 Younger generations of Britons are abandoning the classic cup of builder’s tea in favour of coffee and herbal brews, the company behind PG Tips has warned

It comes after industry research found Britons were drinking hundreds of millions fewer cups of tea per year, with experts at Kantar blaming a fall in sales of black tea.

Tea is still the most popular hot drink in Britain, with 100miillion cups drank per day, according to the UK Tea & Infusions Association.

By comparison, an estimated 70million cups of coffee are consumed.

But popularity of traditional black tea bags – used to make a builder’s brew – has been falling, hitting brands such as PG Tips.

In a bid to win back more customers, some brands such as Twinings and Unilever-owned Lipton have brought out a wave of new tea varieties and have also launched ‘cold brew’ bags that do not require hot water.

But yesterday Mr Pitkethly lamented that the great British tradition of drinking builder’s tea might be on its way out.

‘I drink five or six cups of builder’s tea a day, but unfortunately we are dying at a faster rate than generation Z and millennials are consuming it,’ he told The Daily Telegraph.

‘They might drink tea but they want to drink quite high-end, expensive products.

‘They drink a lot of coffee. There’s a bit of demographic challenge around that.’