World Health Organization says that rain season could lead to an upsurge in cholera cases in the war-torn country. 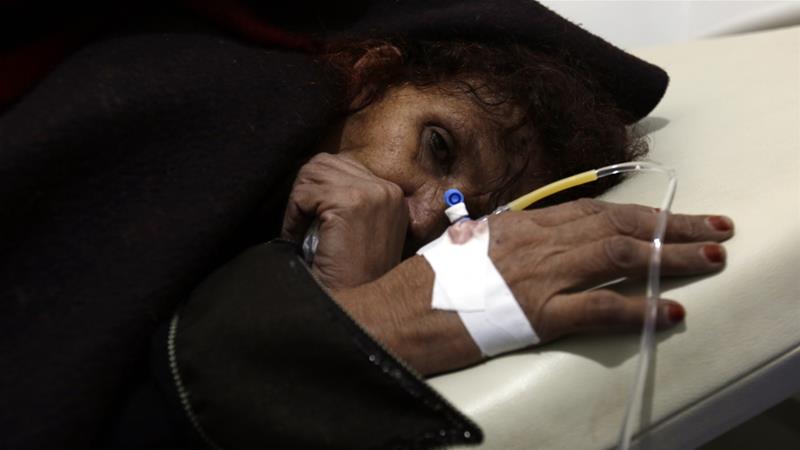 The World Health Organization (WHO) has warned that Yemen’s cholera epidemic could escalate in the next couple of months.

Although the spread of the disease has been contained since its outbreak in 2016, expected rainfall in the coming months could lead to a surge in cholera cases, according to the UN agency.

“Usually cholera cases increase corresponding to those rainy seasons. So we expect one surge in April, and another potential surge in August.”

The disease spreads through water and food that has been consumed by a contaminated person and that is then passed on and shared with other people.

With a fatality rate of between 0.2 and 0.3 percent, the disease is widely considered to be preventable. Its manifestation is usually the result of poor sanitation and sewage infrastructure.

Yemen has been mired in a proxy war pitting the internationally recognised and Saudi-backed government of Abd-Rabbu Mansour Hadi against Iran-linked Houthi rebels since March 2015.

The conflict has led to a significant degradation of the country’s modest healthcare system.

The number of cholera cases tipped over the one million mark in late December of last year and has killed more than 2,200 people.

The UN has also voiced concern over food shortages, which it says could lead to a famine if the conflict is not brought to an end.