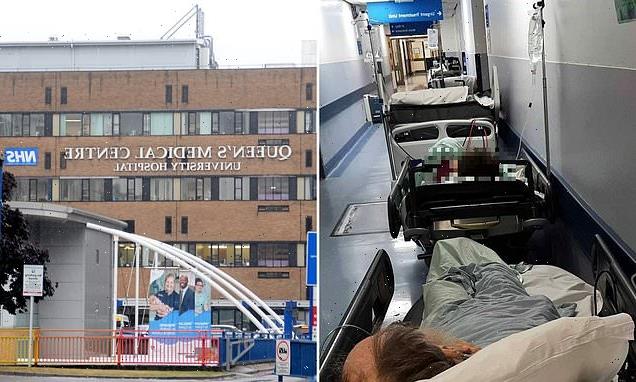 Hospital apologise to WWII RAF veteran, 95, who trained at Bletchley Park after he was forced to wait 26 HOURS in corridor on A&E trolley before being given a bed

A WWII veteran, 95, spent 26 hours stuck on a corridor languishing on an A&E trolley while awaiting admission onto a ward.

Stanley Solomons, who trained at the top secret Bletchley Park code cracking station fell ill at the nursing home where he lives in Nottingham over the weekend.

He was taken to the Queen’s Medical Centre in Nottingham on Sunday where he was placed on a trolley and left on a corridor overnight.

His daughter, Rachael Ellis told the BBC that she was ‘shocked’ by the number of people in the corridor. She said staff working in those conditions were ‘heroic’. 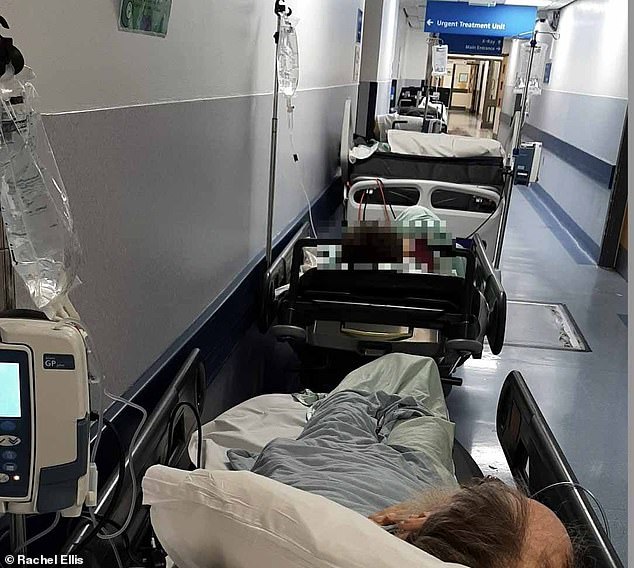 Stanley Solomons, who trained at the top secret Bletchley Park code cracking station fell ill at the nursing home where he lives in Nottingham over the weekend 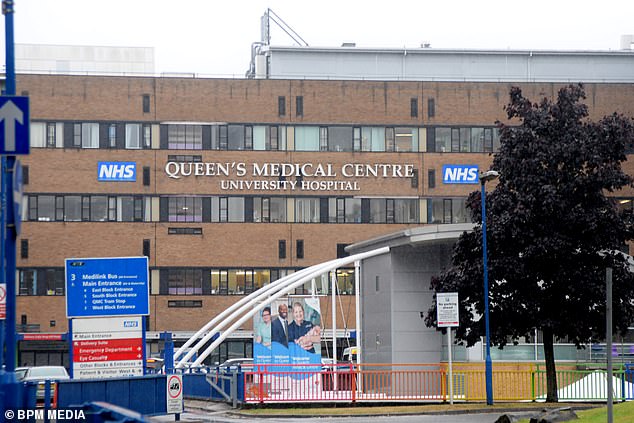 She said: ‘When I saw all the people waiting on trolleys, I was shocked. You hear about these things but to see it is another thing entirely. They were lined up in any space they could find.

‘I saw another corridor which was packed with more patients and paramedics. These were people who had come by ambulance and were waiting to be admitted.

‘The heroic staff though, they were amazing – they were run ragged. They just kept going… I was amazed at their stamina.’

Mr Solomons, who served with the RAF was posted to a listening station in Hong Kong.

The hospital apologised to Mr Solomons and his family.

Nottingham University Hospitals NHS Trust’s chief operating officer Lisa Kelly said in a statement: ‘We sincerely apologise to Mr Solomons and his family for the delay he has faced being transferred to a ward following his care and treatment in our emergency department.

‘This is not the service we aim to provide our patients with.

‘Our staff are working incredibly hard to offer the best care and we continue to work with our partners across Nottinghamshire’s health and social care system to discharge patients no longer needing an acute hospital bed.’