A wartime pilot’s daughter has taken to the skies in the same Hurricane her late father flew to defend Britain during the Second World War.

Eugenie Brooks, 55, said she felt ‘very emotional, excited and proud’ to have embarked on a flight over her father John’s former airfield, RAF Manston in Kent.

Ms Brooks decided to take the flight to honour the memory of her father and his ‘mates who didn’t come back’ from the skies during the Second World War.

She was taken up in the plane by the world’s only female Hurricane pilot Anna Walker, who she met at the Biggin Hill Heritage Hangar in Westerham, Kent. 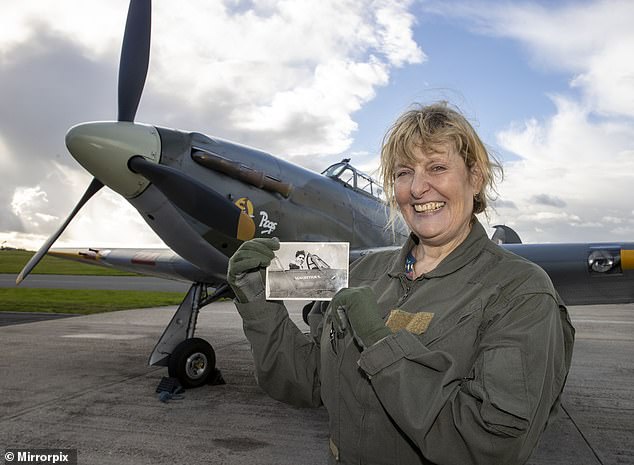 Eugenie Brooks (pictured), 55, said she felt ‘very emotional, excited and proud’ to have embarked on a flight over her father John’s former airfield, RAF Manston in Kent 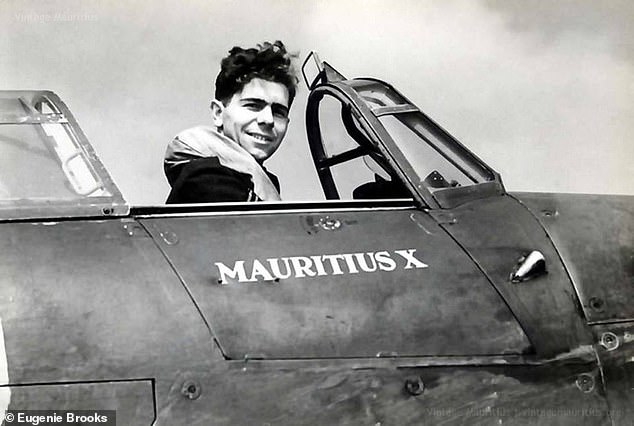 Ms Brooks told the Daily Express: ‘This means the world to me. We flew over [RAF] Manston in his plane and in his air space. I can see why the Hurricane was the plane my dad loved the most.

‘When we flew over Manston at about 500ft and we waggled the wings, I felt that my dad was with me. I was looking at the base through his eyes.

‘He told me that when he returned from raids across the Channel, the sight of Manston as he came in to land was very welcoming.’

The Hawker Hurricane was flown by John while he was with the 174 (Mauritius) squadron, a fighter-bomber unit formed in March 1942.

It was named in honour of the people of Mauritius, who had raised the money to buy the aircraft.

The squadron was involved in attacks on shipping and V-1 flying bomb launch sites from several bases in the UK, before it was disbanded in Germany in April 1945. 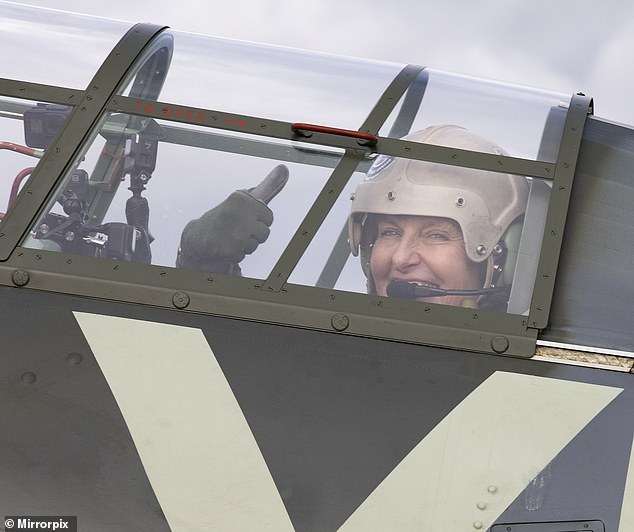 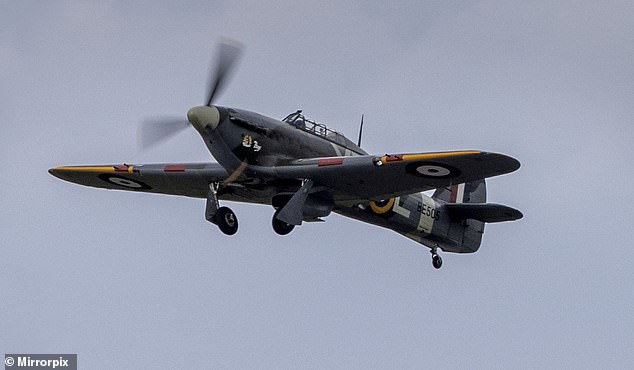 Pictured: Ms Brooks taking to the air in the Hawker Hurricane fighter which her father flew

John’s Hurricane was converted into a two-seater by Hawker Aviation after the war.

Ms Brooks explained how her father was shot down over Europe while flying in a raid, but was helped back to Britain via the Pyrenees by members of the French Resistance.

He was also involved in the disastrous Dieppe Raid in 1942, ‘flying so low that he brought back the aerial of a German tank in his radiator.’

The raid, for which John provided air support, was an Allied amphibious attack on the German-occupied port in northern France. 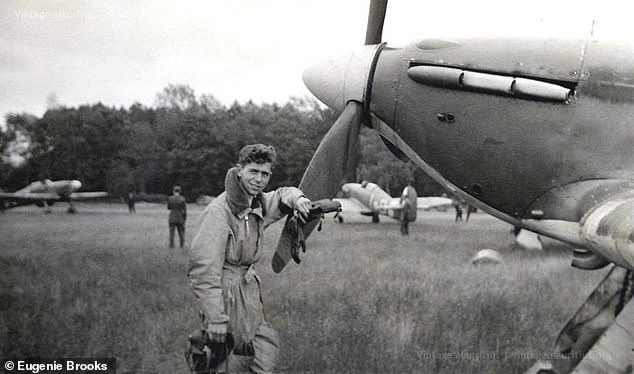 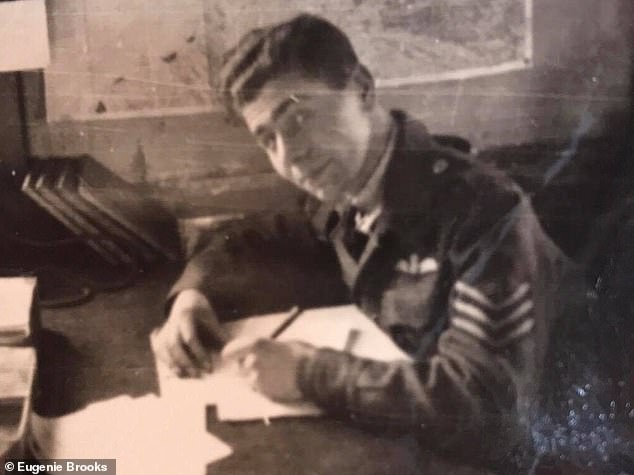 Commanders had hoped to capture a major port for a short period and to gather information, but the Allies were forced to call a retreat just hours after the attack was launched on August 19.

More than 5,000 Canadian troops, 1,000 British men and 50 US Rangers were involved in Operation Jubilee alongside 74 squadrons of aircraft and 237 ships.

Around 3,623 of the 6,086 men who went ashore were either killed, wounded, or captured in the doomed raid.

Ms Brooks has previously flown in a duel-seat Spitfire from Biggin Hill, which is a restoration facility dedicated to putting Spitfires back in the air.