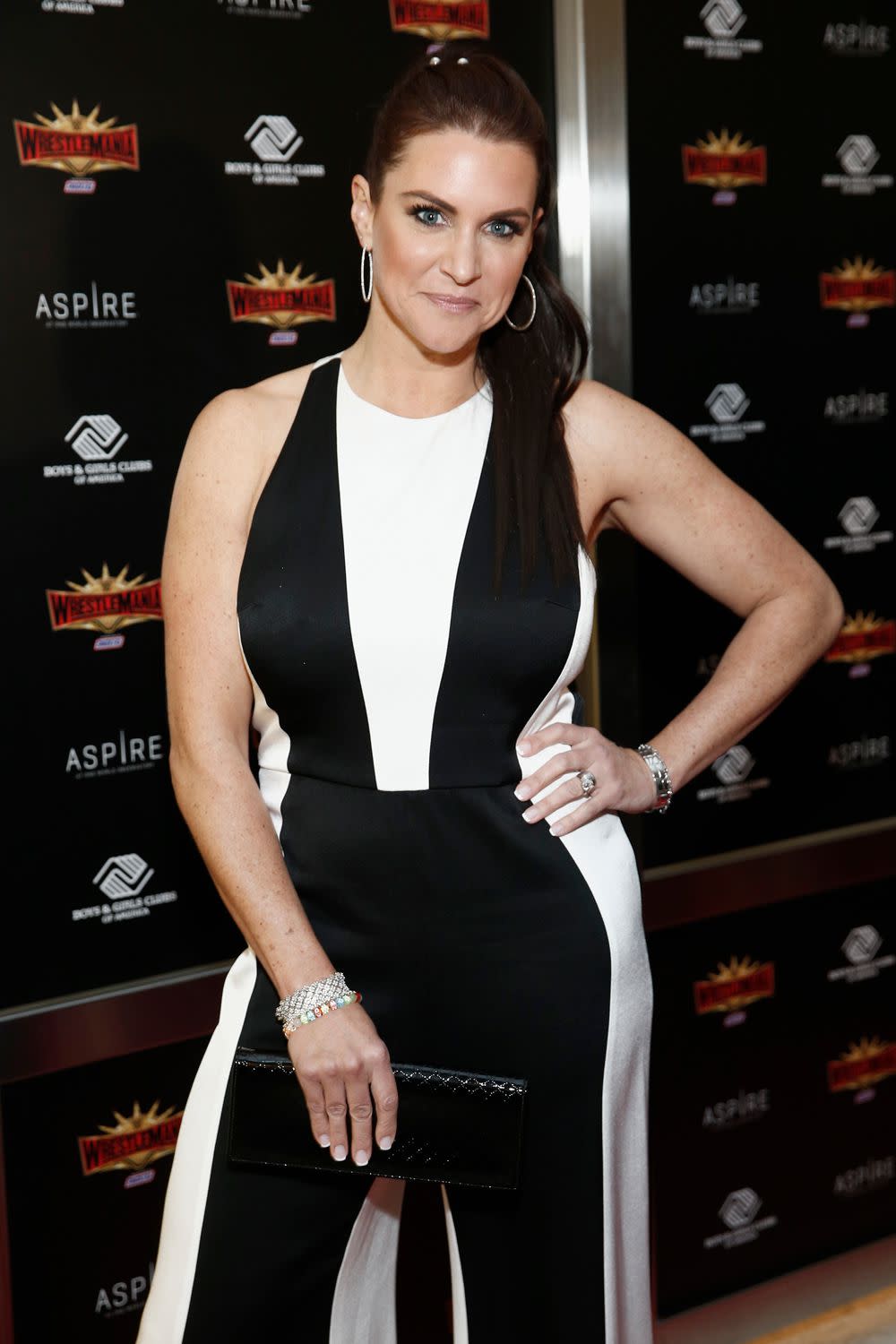 WWE Co-CEO and Chairwoman Stephanie McMahon is stepping back for good.

On Tuesday, the 45-year-old announced her “official resignation” from the company, while thanking WWE for the “opportunity of a lifetime.”

Her dad, Vince McMahon, 77, will serve as executive chairman of the WWE board, having been “unanimously elected” after her announcement the company stated in a release.

“Dear WWE Universe, About 8 months ago, I took a leave of absence and within a few weeks, unexpectedly had the opportunity of a lifetime,” Stephanie wrote on Twitter in reference to her May 2022 decision to step back from the company to “focus on my family.”

“I had the privilege to return as the Co-CEO and Chairwoman of the Board of WWE. I cannot put into words how proud I am to have led what I consider to be the greatest company in the world, working alongside a remarkable leadership team and one of the strongest executives I have known in my Co-CEO, Nick Khan.”

Then. Now. Forever. Together. pic.twitter.com/8dqr5reIiv

“Our Founder, Vince McMahon, has returned as Executive Chair and is leading an exciting process regarding strategic alternatives,” added Stephanie. “With Nick’s leadership and Paul ‘Triple H’ Levesque as Chief Content Officer, am confident WWE is in the perfect place to continue to provide unparalleled creative content and drive maximum value for shareholders.”

Stephanie added that she was happy to leave WWE in “such a strong position” and looked forward to “cheering on WWE from the other side of the business, where I started when I was a little kid, as a pure fan.”

“I will always remain dedicated to WWE. I truly love our company, our employees, our Superstars, and our fans. And I am grateful to all of our partners,” added Stephanie. “Thank you for everything. Then. Now. Forever. Together.” 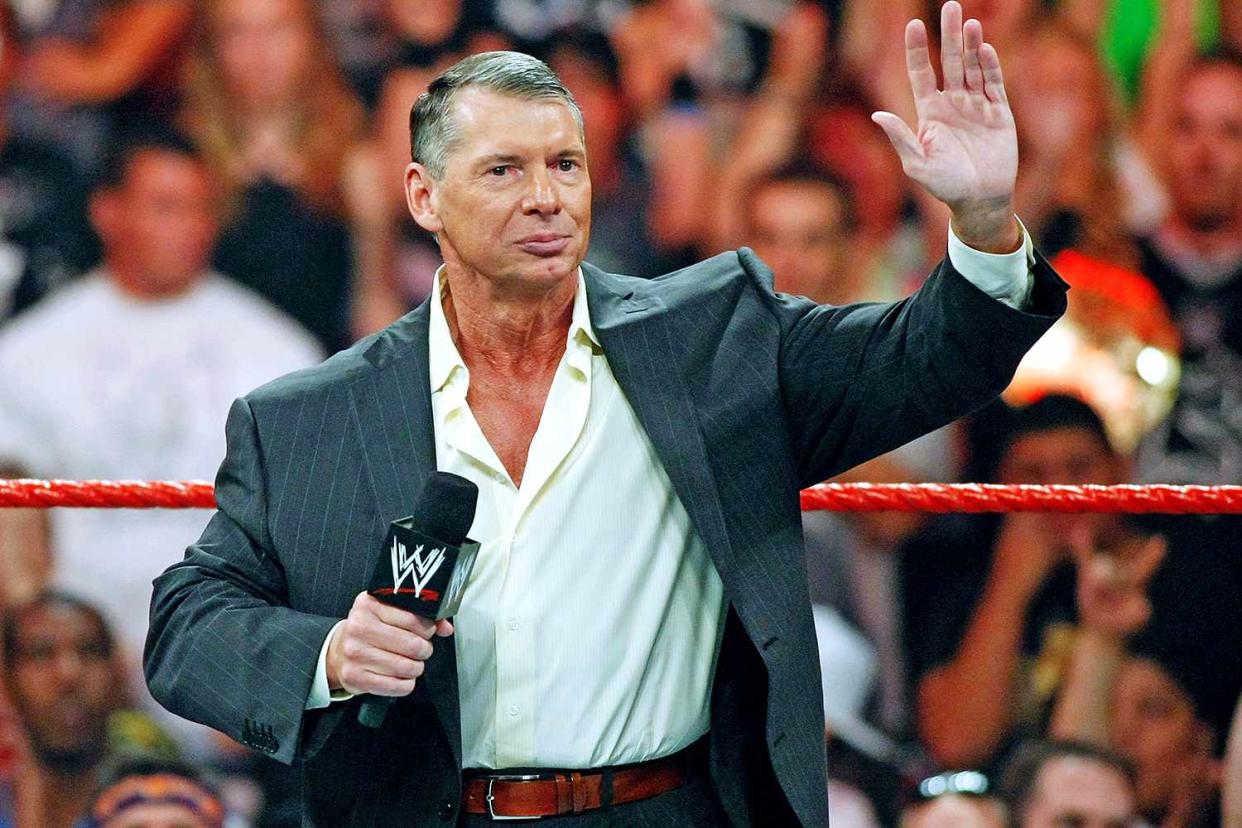 In response, Vince McMahon said that he expressed his “full support for Stephanie’s personal decision,” in the release.

“I’ll forever be grateful that she offered to step in during my absence and I’m truly proud of the job she did co-leading WWE,” he continued. “Stephanie has always been the ultimate ambassador for our company, and her decades of contributions have left an immeasurable impact on our brand.”

His return comes nearly six months after he voluntarily stepped down from his position as WWE CEO amid allegations he paid a former employee $3 million to hide their affair.

Never miss a story — sign up for PEOPLE‘s free daily newsletter to stay up-to-date on the best of what PEOPLE has to offer, from juicy celebrity news to compelling human interest stories.

On Jan. 5, Vince confirmed his desire to return to his role, which was first reported by The Wall Street Journal.

“WWE is entering a critical juncture in its history with the upcoming media rights negotiations coinciding with increased industry-wide demand for quality content and live events and with more companies seeking to own the intellectual property on their platforms,” Vince said in a statement.

RELATED: Stephanie McMahon Reveals She’s Taking Leave of Absence from WWE to ‘Focus on My Family’ 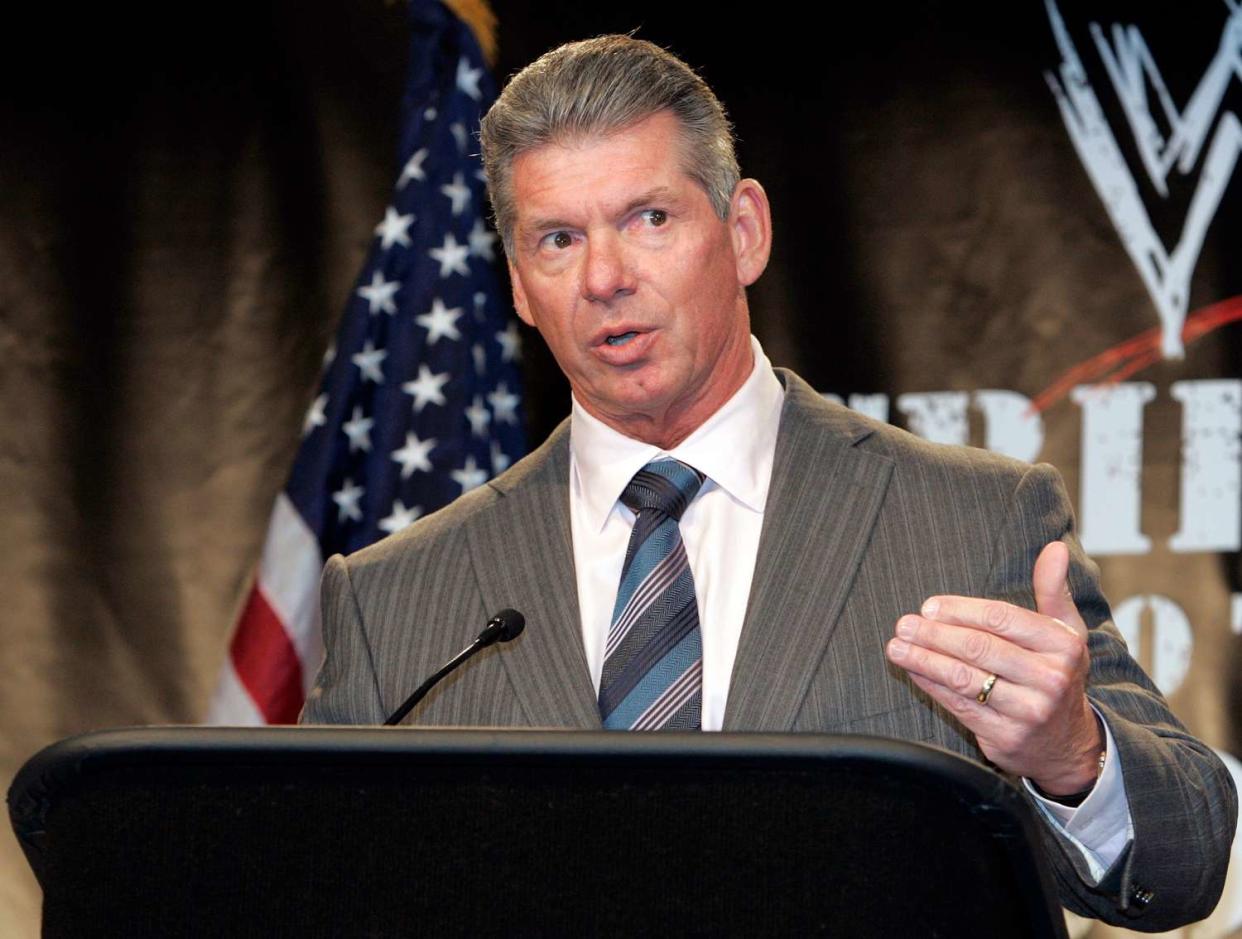 “The only way for WWE to fully capitalize on this opportunity is for me to return as Executive Chairman and support the management team in the negotiations for our media rights and to combine that with a review of strategic alternatives,” he added. “My return will allow WWE, as well as any transaction counterparties, to engage in these processes knowing they will have the support of the controlling shareholder.”

According to Forbes, the WWE’s current deal with Fox is set to come to an end in 2024.

In June 2020 The Wall Street Journal reported that an investigation by the company began in April 2020 after the board received an anonymous email notifying them of an alleged $3 million payment Vince paid a female paralegal to prevent her from discussing their alleged sexual relationship or making critical statements about him.

The parties signed the agreement in January 2020, and Vince used personal funds to pay the woman, the WSJ article claimed.

A spokesperson for the company told WSJ that the relationship between Vince and the now-former employee was consensual.

Stephanie has been with the WWE since 2000 and was in the ring for 18 years. She married WWE star Paul “Triple H” Levesque in 2003 and the couple share three children together, daughters Aurora Rose, 16, Murphy Claire, 14, and Vaughn Evelyn, 12.