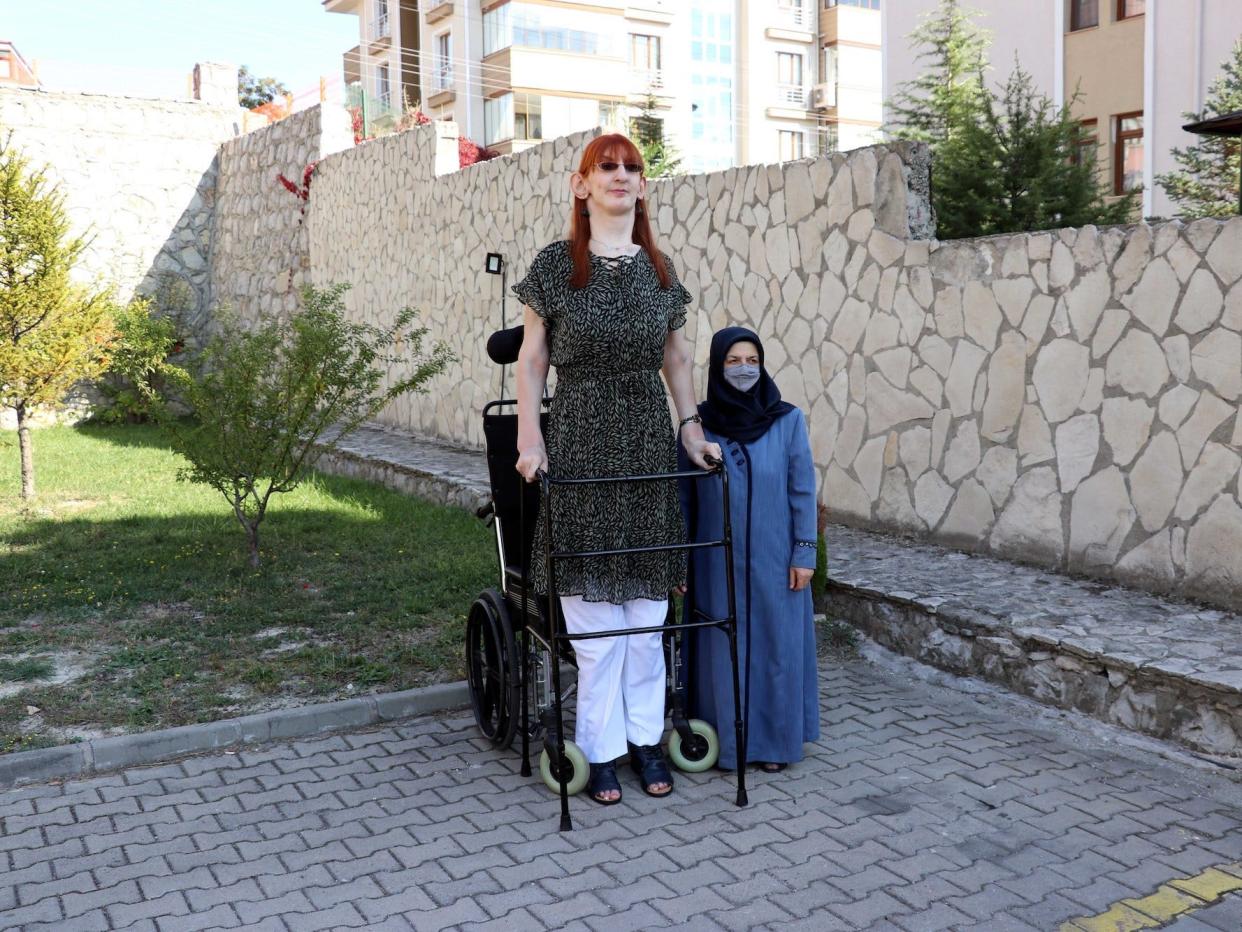 The world's tallest woman was able to fly on a plane for the first time after Turkish Airlines removed six economy seats to accommodate her.

Turkish Airlines adapted one of its planes to allow her to travel to San Francisco in September, removing six seats and replacing them with a special stretcher for her to lie on for the 13-hour flight, MailOnline reported.

Gelgi, 25, had never been able to travel on a plane because of her stature, caused by a condition called Weaver syndrome, which causes bone overgrowth, among other things. Even as a child, she was too large to fit in plane seats, MailOnline said.

She typically uses a wheelchair or walker to move around because of her condition.

On Instagram, Gelgi shared a series of images of herself on the journey and said it was "a flawless journey from start to finish."

"This was my first flight, but it certainly won't be the last. From now on, I will be very honored and happy to fly to different parts of the world with @turkishairlines," she wrote. "A heartfelt thank you to every single person involved in my journey."

She was first recognized by Guinness World Records in 2014, receiving the title of world's tallest living teenager. The organization named her the world's tallest woman in 2021.