HORRIFYING footage of an enormous spider creeping through a house has left shocked viewers insisting "a demon" has been caught on camera.

The clip shows the gigantic creature on a wall inside a home on the Caribbean island of Tobago as it stretches out its long, flurry legs. 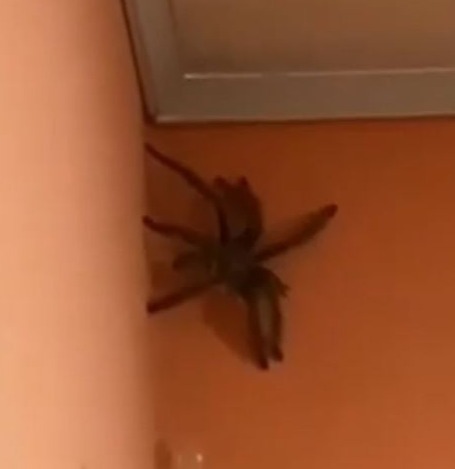 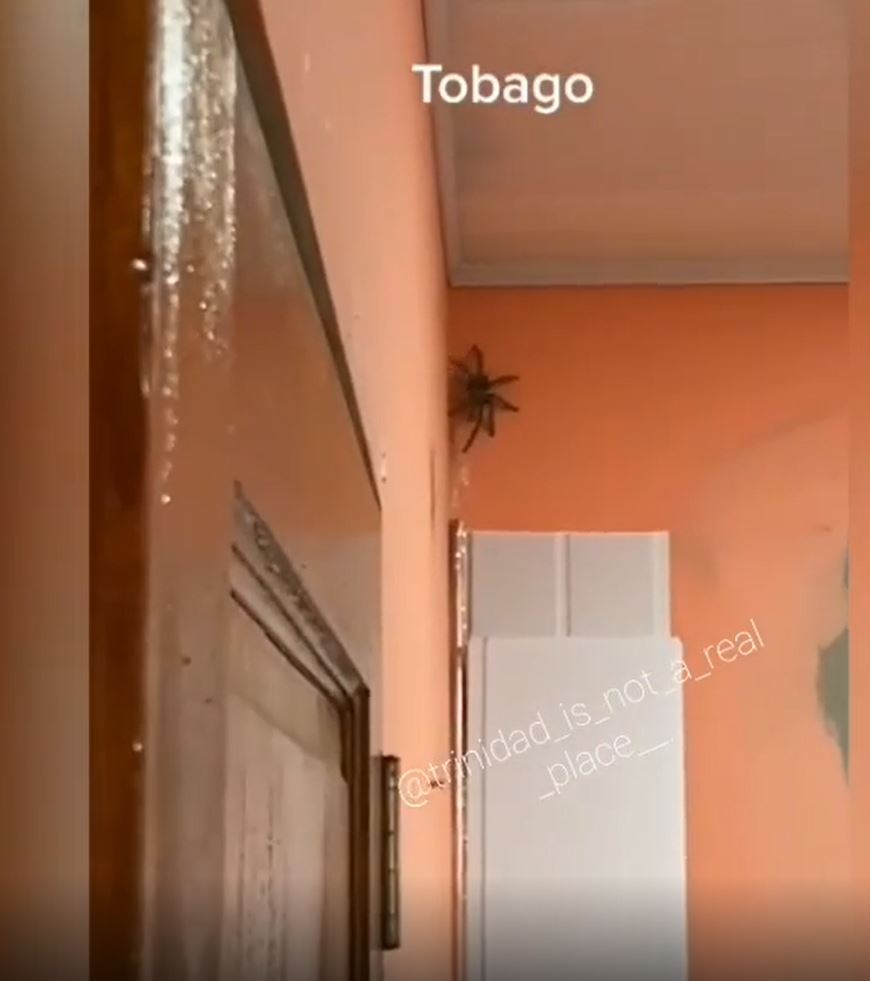 Flustered voices can be heard in the background of the video, with one woman calling out: "It will have to get back out of the window otherwise it will be stuck inside again."

It's not clear what type of spider it is – but the sheer size of it has made the skin of thousands of viewers crawl as they believe it is the "world's biggest spider".

Some have even been left so disgusted that they claim they would move out of the house if they lived there.

Another added: "Pack my s*** and leave, obviously that's HIS house."

Others are convinced the creepy-crawly it is not a spider – but rather something more sinister.

One user wrote: "Nah, that’s a demon. Call a priest and pastor."

It comes after a homeowner was horrified to discover a giant daddy long legs the size of a plate hanging out on her kitchen wall.

Alina, 25, couldn't believe her eyes when she spotted the "horrendously huge spider" while she was grabbing herself a drink one morning.

The unlucky software technician estimated the creature to be about seven inches in diameter – a far cry from the usual three or four-inch variations of the insects that Brits are used to.

Alina, from Cambridge, snapped a photo of the beastie lying dormant next to her living room door frame.

It shows the daddy long legs – also known as a harvestman – with its limbs sprawled over the wall.