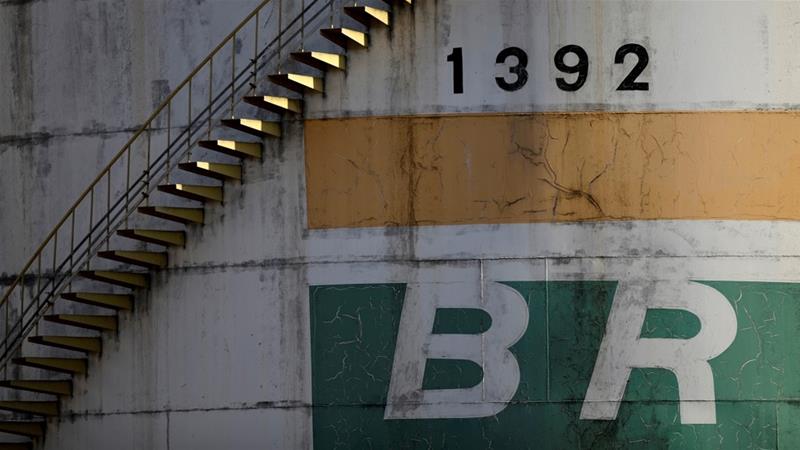 Leading global oil traders Vitol, Trafigura and Glencore paid more than $30m in bribes to employees at state-owned Brazilian company Petrobras in a scheme that may still be going on, prosecutors said on Wednesday.

Top executives of the international companies had “total and unequivocal” knowledge of the graft involving Petroleo Brasileiro SA, known as Petrobras, investigators said at a news conference. The bribes took place between 2011 and 2014, investigators said.

The details being made public were just the “tip of the iceberg” investigators said, and the latest revelations were the strongest international links yet announced to the sweeping “Car Wash” probe centred on political corruption at Petrobras.

Petrobras employees offered the trading companies lower prices for oil and its derivatives as well as storage tanks in more than 160 separate operations, then shared in the savings, authorities said.

Those involved, emails obtained by Brazil’s federal police showed, would use nicknames such as Tiger, Flipper or Mr M and discuss below-market prices for oil or tanks, while invoicing their companies at the market rate. The differences could range from $0.10 to a $1 per barrel and the term of art for the bribes was “delta”.

“Evidence shows that there was a scheme in which the companies investigated paid bribes to Petrobras employees to obtain … more advantageous prices and sign contracts more frequently,” prosecutors said in a statement.

The bribes moved through bank accounts in the United States, Britain, Sweden, Switzerland and Uruguay, among others, raising questions of whether those countries would open investigations.

Brazilian police alerted Interpol, seeking the arrest of a Petrobras employee in Houston, whom the company said it has now fired. The employee, Rodrigo Garcia Berkowitz, worked as an oil trader, and prosecutors say he used the nickname Batman.

Petrobras said it was cooperating with authorities and viewed itself as a victim of corruption.

“We are the most interested party in seeing all the facts come to light,” the company said in a statement. “We will continue adopting all necessary measures to obtain a proper reparation for damages caused (to Petrobras).”

Spokesmen for Glencore and Trafigura declined to comment. A Vitol spokesman said the firm “has a zero tolerance policy in respect of bribery and corruption and will always cooperate fully with the relevant authorities in any jurisdiction in which it operates.”

More than 130 businessmen and politicians have been convicted in the case in Brazil, including former President Luiz Inacio Lula da Silva, who is serving a 12-year prison sentence.

The latest developments hit just as Petrobras was hoping to turn the page on corruption. In September, Petrobras settled corruption charges for $850m with Brazilian and US authorities.

Separately on Wednesday, it launched a new business plan saying its goal is to “strengthen the credibility, pride and reputation of Petrobras”.

Petrobras said a month ago it is selling its 50 percent stake in a Nigerian oil and gas exploration venture to a consortium led by Vitol for $1.53bn as the state-controlled oil company reduces debt.

The deal has not yet closed and it was unclear how Wednesday’s action may affect it.

It was not the first time prosecutors have zeroed in on Trafigura, a commodities trader based in Geneva.

In March, a former Trafigura executive, Mariano Marcondes Ferraz, was found guilty of bribing a Petrobras executive on behalf of his own company, Decal do Brasil. He was sentenced to more than 10 years in jail.

Ferraz was also involved in the scheme unveiled on Wednesday, prosecutors said.

Swiss prosecutors also have an open investigation, announced one month after Ferraz’s arrest in Brazil in 2016. The Office of the Attorney General in Switzerland began a criminal probe into an employee of Trafigura as part of a wider investigation into suspected corruption at Petrobras. It did not identify the employee.