The man was loading a lorry with foam rolls with a colleague in China last week when the whole lot spontaneously exploded. 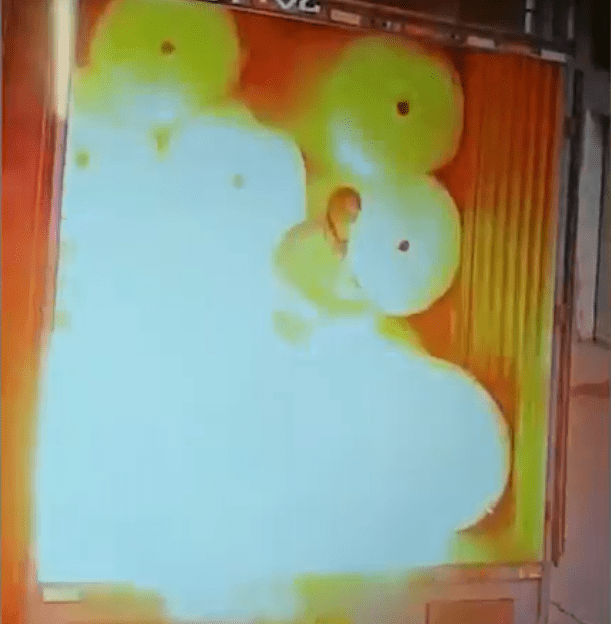 He miraculously escaped the inferno with only minor burns and a whole lot of singed hair.

Butane is used in the production of polyethylene foam, also known as pearl cotton.

Bundles of the stuff can be seen inside the lorry as the two workmen prepare to leave after the loading job.

How does static cause an explosion?

In footage widely shared online, the man, only known by his surname Wei, can be seen jumping down from a bundle of the cargo and landing on the metal lorry box.

A static electricity charge created by the sole of his shoe striking the metal ignites the gas in the enclosed space, engulfing him in a ball of flames from which he is luckily able to escape.

The explosion is so intense it seems to light fire to a roll of the polethylene foam sitting outside the truck as well. 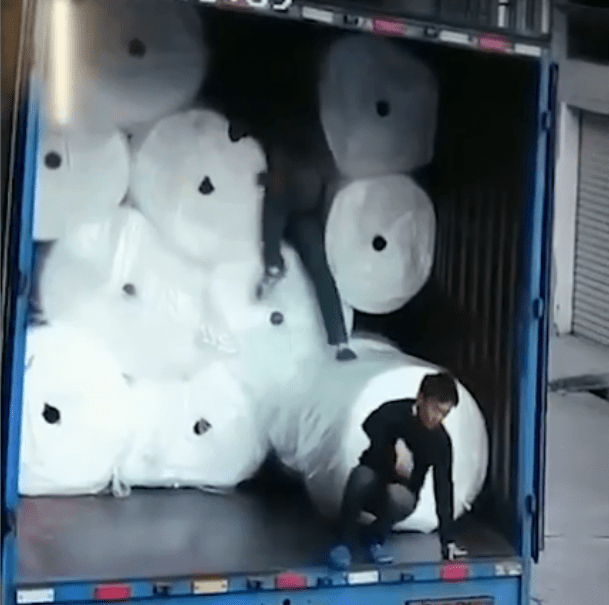 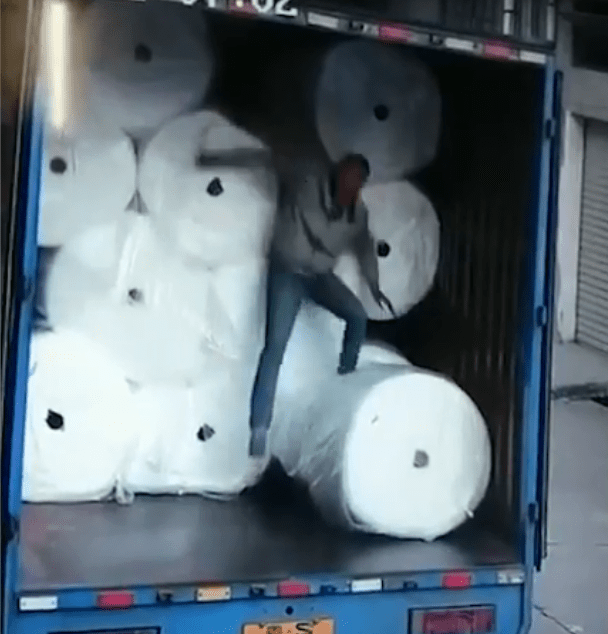 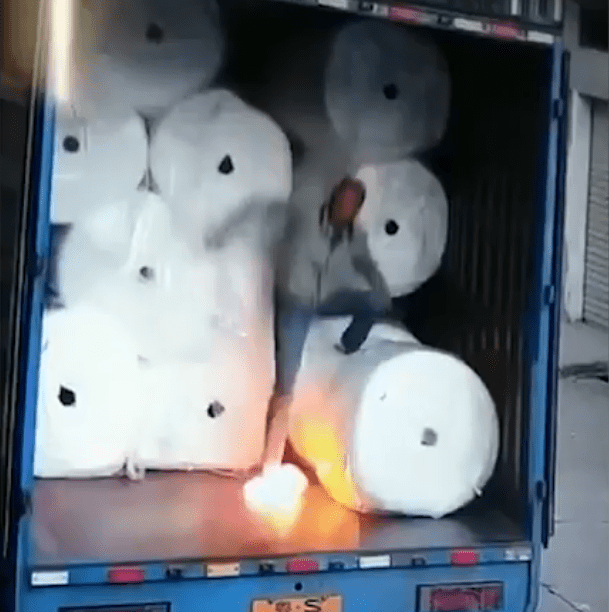 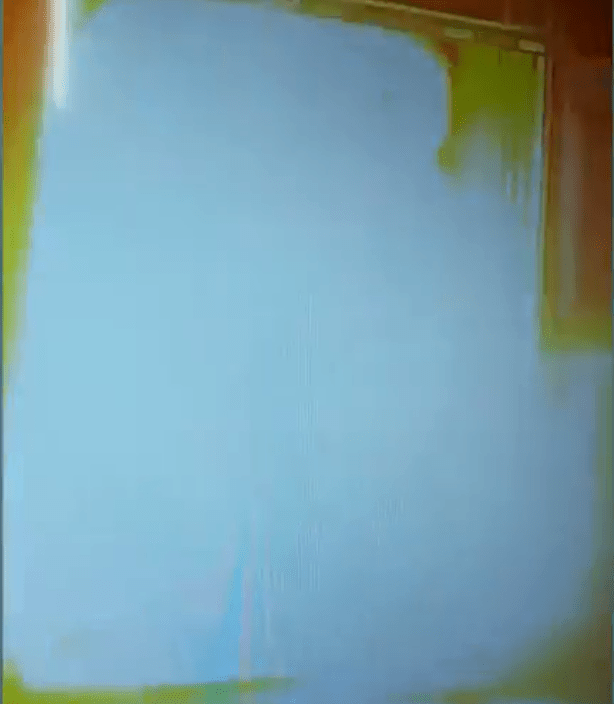 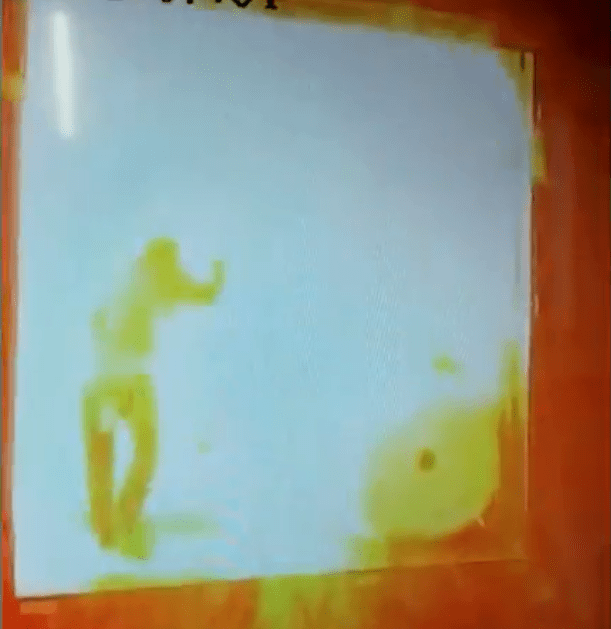 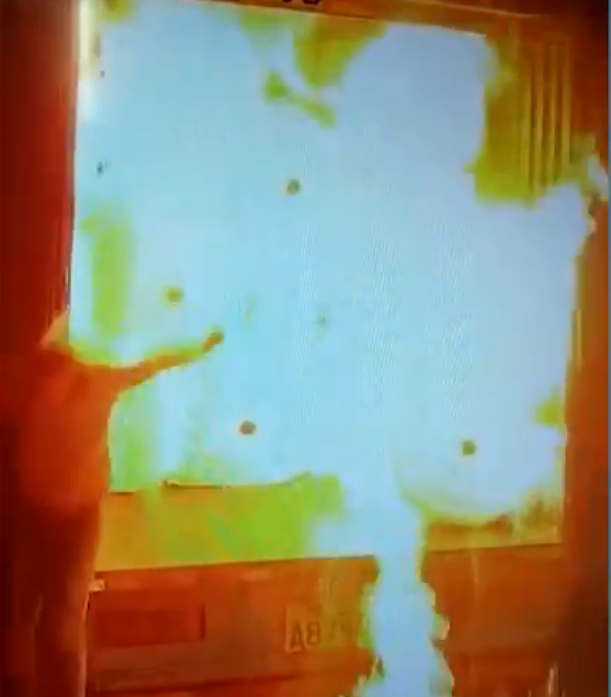