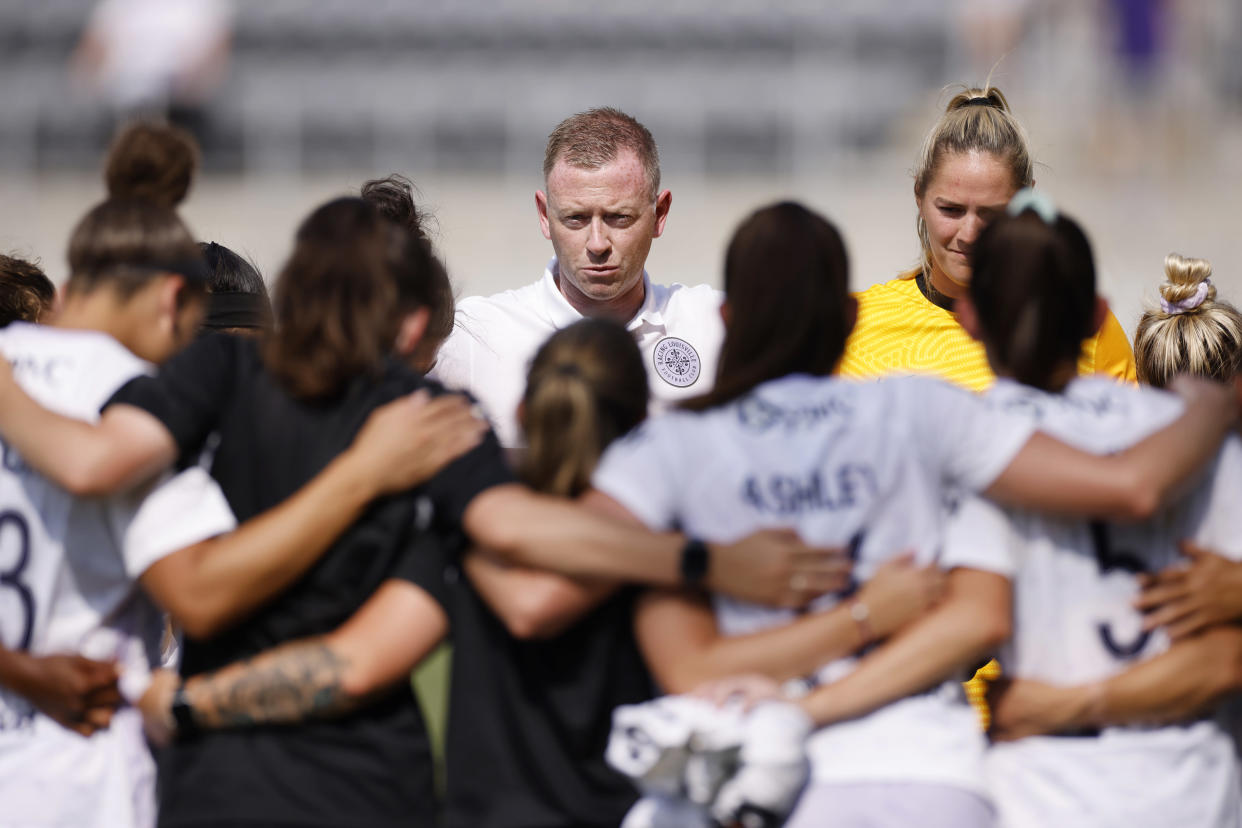 A U.S. Soccer-commissioned investigation into abuse throughout the National Women's Soccer League unearthed new allegations of verbal, emotional and sexual misconduct at the highest levels of the sport, and found that coaches, executives, the NWSL and the federation itself "failed" countless players.

U.S. Soccer on Monday released the results of the yearlong investigation, which was led by former U.S. Deputy Attorney General Sally Yates.

"Our investigation has revealed a league in which abuse and misconduct-verbal and emotional abuse and sexual misconduct-had become systemic, spanning multiple teams, coaches, and victims," Yates wrote in a 319-page report. "Abuse in the NWSL is rooted in a deeper culture in women's soccer, beginning in youth leagues, that normalizes verbally abusive coaching and blurs boundaries between coaches and players."

Holly, who is male, called a player, Erin Simon, in for a film session and told her that he'd touch her “for every pass [she] f***ed up,” according to Yates' report. He proceeded to “push his hands down her pants and up her shirt.” Simon, after the session ended, "broke down crying."

Yates and her investigative team interviewed over 200 people in total, and wrote that they "heard report after report of relentless, degrading tirades; manipulation that was about power, not improving performance; and retaliation against those who attempted to come forward.

The investigation found that NWSL teams, the league and U.S. Soccer, the sport's national governing body, which previously ran the NWSL, "not only repeatedly failed to respond appropriately when confronted with player reports and evidence of abuse, they also failed to institute basic measures to prevent and address it, even as some leaders privately acknowledged the need for workplace protections.

"As a result, abusive coaches moved from team to team, laundered by press releases thanking them for their service, and positive references from teams that minimized or even concealed misconduct. Those at the NWSL and USSF in a position to correct the record stayed silent. And no one at the teams, the league, or the federation demanded better of coaches."

Yates, in conclusion, outlined 12 recommendations "aimed at preventing abuse in the future, holding wrongdoers accountable, enhancing transparency, and fostering a professional environment where players are treated with respect."

Those recommendations include that teams should be required to "accurately disclose misconduct to the NWSL and USSF"; that U.S. Soccer "should require meaningful vetting of coaches" and timely investigations of allegations; and that the "NWSL should determine whether discipline is warranted in light of these findings."

In a statement alongside the release of Yates' report, U.S. Soccer president Cindy Parlow Cone said: “This investigation’s findings are heartbreaking and deeply troubling. The abuse described is inexcusable and has no place on any playing field, in any training facility or workplace."

On a video call with reporters Monday afternoon, an emotional Cone added that the findings were "infuriating," "maddening" and "shocking."

Cone said that the federation is "taking the immediate action that we can today, and will convene leaders in soccer at all levels across the country to collaborate on the recommendations so we can create meaningful, long-lasting change throughout the soccer ecosystem.”

U.S. Soccer said that in the immediate term, it would "establish a new Office of Participant Safety to oversee U.S. Soccer’s conduct policies and reporting mechanisms"; publish records from SafeSport’s database "to publicly identify individuals in our sport who have been disciplined, suspended or banned"; and "mandate a uniform minimum standard for background checks for all U.S. Soccer members at every level of the game, including youth soccer."

The NWSL — whose own investigation, which has been jointly commissioned with the NWSL Players Association, is ongoing — said in a statement that it would "immediately review the Yates Report," and that it has "asked the Joint Investigative Team to consider the recommendations set forth in the Yates Report when making their recommendations to the NWSL. Moreover, we have asked the Joint Investigative Team to review – and investigate as necessary – the findings in the Yates Report when concluding their report."

"We greatly appreciate our players, staff and stakeholders’ cooperation with both investigations, especially during the ongoing season," the league said. "We recognize the anxiety and mental strain that these pending investigations have caused and the trauma that many – including players and staff – are having to relive. We continue to admire their courage in coming forward to share their stories and influence all the changes necessary to keep moving our league forward."

In the process of her investigation, Yates encountered the same attitudes that kept abusive coaches in power in the first place. The Portland Thorns — who employed Riley when he allegedly sexually pursued and coerced two players, Mana Shim and Sinead Farrelly — "interfered with our access to relevant witnesses and raised specious legal arguments in an attempt to impede our use of relevant documents," Yates wrote.

The Thorns investigated Riley at the time, and parted ways with him, but failed to prevent him from going on to work for other NWSL teams.

And the Red Stars, who employed Dames for 10 years, "unnecessarily delayed the production of relevant documents over the course of nearly nine months."

It's unclear if those teams have cooperated more fully with the NWSL-NWSLPA joint investigation.

This is a developing story and will be updated.