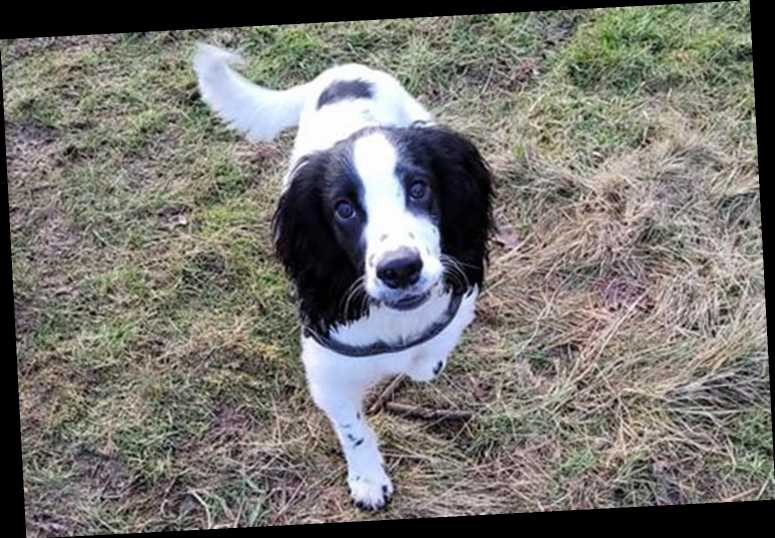 Laura Roberts was walking 11-month-old spaniel Domino in woods when he found the 8in sex toy and wanted a game of fetch. 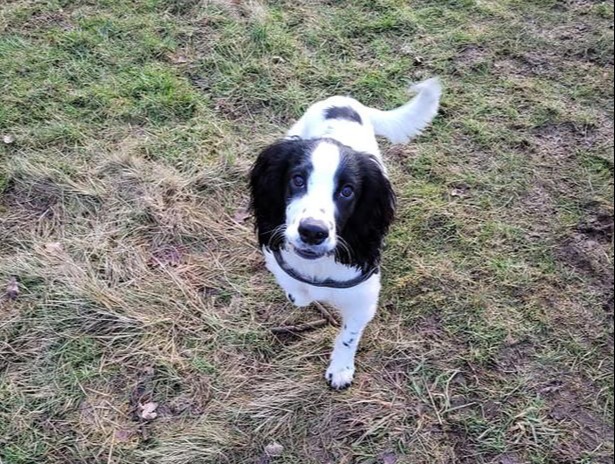 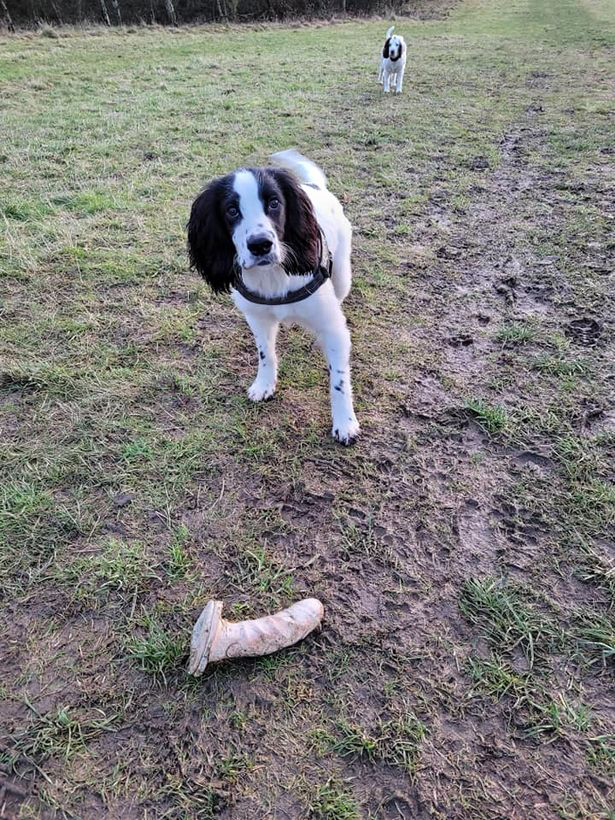 She posted a picture of the dog with the device online and said: “As you can see, he’s extremely proud of himself for his find.”

To owners of the item found at Armthorpe Pit Top in Doncaster, South Yorks, she said: “After finally getting him to drop it, we’ve left it in the field for you!”

Laura explained: “He just came trotting out of the woods with it in his mouth.

“He dropped it at my feet, looked up at me and held up his paw hoping that I’d throw it for him!

“I think he thought it was just a toy – technically, he wasn’t wrong!

One person commented: “One woman’s trash is another woman’s treasure.”

While another joked: “Customer incentive for Valentines?”