Woman, 44, in a ‘manipulative and controlling’ relationship with ‘Walter Mitty fantasist’, 74, who claimed to be an MI5 spy died after taking an overdose, inquest hears

A woman involved in a ‘manipulative and controlling’ relationship with a ‘Walter Mitty character’ who claimed to be a spy died after taking an overdose of prescription drugs, an inquest heard.

Anna Jura, 44, was found unresponsive at the home she shared with Gary Rich, 74, in Mountain Ash, in the early hours of June 22, 2017, and was later pronounced dead at the scene.

Her partner Rich – a fantasist who pretended he was an MI5 agent who went on missions abroad – claimed she had locked herself in the kitchen and had later told him she had taken overdose and had been drinking but he thought she was joking. 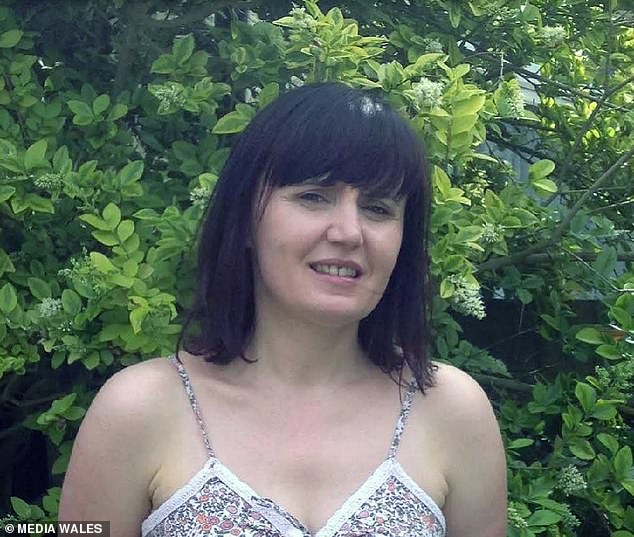 Anna Jura (pictured), 44, became involved in a relationship with Gary Rich, 74, in 2015 after he replied to an advert of Ms Jura’s for Polish lessons

He said they had been involved in an argument earlier in the evening over a curtain rail and described Polish national Ms Jura as being ‘homesick’.

When he went up to their bedroom he said he found her semi-conscious and kneeling by the bed in a distressed state before she became fully unconscious.

But an inquest hearing at Pontypridd Coroners’ Court on Wednesday heard Rich’s account could not be relied upon due to his history of lying and his conviction for forcing a woman into prostitution.

In September this year pensioner Rich was jailed for nine years and three months at Southwark Crown Court after pleading guilty to assisting unlawful immigration, intentionally causing a person to become a prostitute, and trafficking for sexual exploitation.

The victim, who cannot be named for legal reasons, was not Ms Jura but it was said at the inquest that Rich was ‘grooming’ her for prostitution.

The inquest heard Ms Jura and Rich became involved in a relationship in 2015 after he replied to an advert of Ms Jura’s for Polish lessons.

In August of that year she moved into his home in Rheola Street, Mountain Ash, but the relationship between the couple was described as ‘strange’ by Ms Jura’s family.

Her two sisters, Wioletta and Monika Jura, described how Rich would have to ‘take control’ of a conversation and would frequently slap Ms Jura hard on her back in their company, which she ‘accepted as normal behaviour’.

On one occasion he turned up unannounced at Ms Jura’s mother’s house in Poland, where his partner was staying, so he could propose to her.

In a statement read out to the court Wioletta Jura said her sister had been taken in by Rich’s eccentric lies.

She said: ‘When she was away Gary had said he was in danger with Russian spies and was in hospital. She believed him but I knew he was lying to her.’ 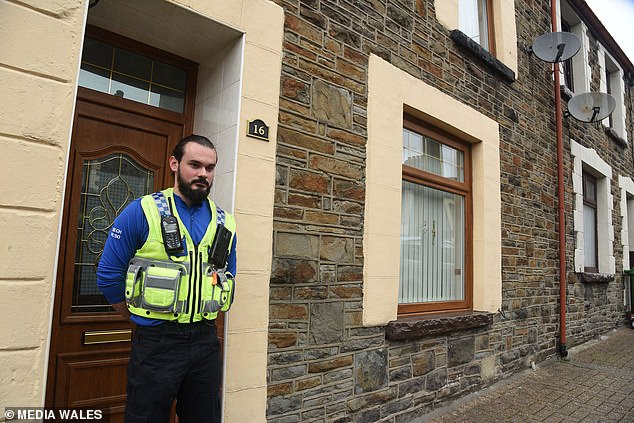 Ms Jura was found unresponsive at the home (pictured) she shared with Rich in Mountain Ash, Wales, in the early hours of June 22, 2017

Wioletta described seeing a drastic change in Ms Jura as her relationship with Rich progressed. She said: ‘My sister was no longer a happy person. She was tired and stressed.’

In May 2017 she said Ms Jura turned up at her home in Bromley looking upset and crying and said she had been thrown out by Rich, who had pushed her down the stairs and thrown a bucket of water over her.

On June 22, 2017, Wioletta received a message from from Rich asking her to call him urgently. When she called him Wioletta was told by Rich that something had happened.

She said: ‘He said it had been a hot day and he had gone out but when he got back they had an argument and he had slapped her. She went upstairs, had taken pills and drunk bourbon.

A statement was also read to the inquest by Monika Jura. She said Rich had told Ms Jura he was a ‘spy’ and had been out in Russia and other countries.

On one occasion, Monika said Ms Jura had received a text message from an unknown number saying saying Rich had lost an arm and a leg and another message said he was dead.

Monika said: ‘She was told to go to Cardiff where Gary’s body was being returned and she called me, screaming down the phone: ‘He’s alive, he’s alive’.

‘I said to her: ‘Why do you believe him? He’s not a superhero’. But she was brainwashed and believed everything he told her.’

She added: ‘Anna would say so many things about Gary and I would just say ‘yes’ and not take in what she said. It was as if she was in a film and wouldn’t listen.’

When Rich told Monika Jura her sister had died, Monika said: ‘You have killed her, killed her you stupid man’. The inquest was told he replied: ‘No, I love her’.

After Ms Jura’s death Rich was arrested on suspicion of murder or manslaughter after a number of grazes and bruises were discovered on her body but he ‘vehemently denied’ being responsible for her death.

Giving evidence to the inquest, Detective Inspector Ritchie Rees of South Wales Police described the kind of character that Rich was.

He said: ‘Gary Rich is an extremely odd individual and has been described as Walter Mitty character living in a fantasy world of his own making.

‘He has a history of pretending to be from MI5 or a spy. He suggested he was a field officer and was engaged in missions abroad and had houses in various European countries but none of this was true.’

When these claims were put to Rich in his police interview he denied ever making them.

DI Rees added: ‘It’s clear from Anna’s family she was taken in by him and he may have used this persona to control her. The relationship was a strange one and Gary’s own behaviour following Anna’s death is unusual.’

A number of Rich’s neighbours, who gave evidence to the inquest, said they heard a female voice shouting and crying as well as doors slamming and banging on the night before Ms Jura’s death.

The inquest also heard evidence from a Polish man who claimed he was invited to Rich’s home where he and Ms Jura had sex in front of Rich. 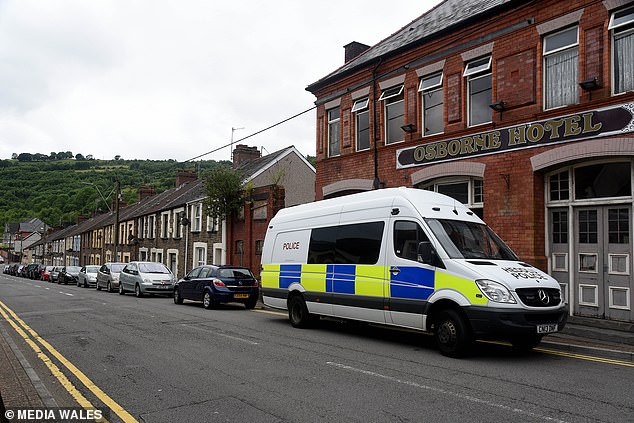 An official cause of Ms Jura’s death was given as toxicity combined with the affects of prescription drugs taken with alcohol. She was found at a property on Rheola Street, Mountain Ash, Wales in the early hours of June 22, 2017

A post-mortem examination of Ms Jura’s body and a toxicology examination found she had taken a ‘cocktail’ of prescription drugs prior to her death and had alcohol in her system.

Pathologist Dr Ryk James said the combination of drugs and alcohol could have resulted in cardio-respiratory failure.

An official cause of death was given as toxicity combined with the affects of prescription drugs taken with alcohol.

Once the Crown Prosecution Service had considered all the evidence it was concluded there was insufficient evidence to proceed with charges of murder or manslaughter against Rich.

In her conclusion assistant coroner Rachel Knight expressed her condolences to Ms Jura’s family, whose death she described as a ‘ great tragedy’.

She said: ‘I find as a fact Gary Rich was controlling and manipulative. He told Anna a number of lies about himself.

‘I have come to that view from the evidence I’ve heard from Anna’s sisters and the the recent prosecution of Mr Rich. He’s a complex character and I wouldn’t be surprised if Anna became confused about what was truth and lies.

‘I find evidence that Mr Rich was grooming Anna for prostitution but their relationship had not reached that stage of trust.’

Ms Knight recorded a narrative conclusion which read: ‘Anna Jura took a large quantity of prescription medication available in her home. She died from the likely combined toxic affect of prescription drugs taken with alcohol in circumstances which were unclear.’