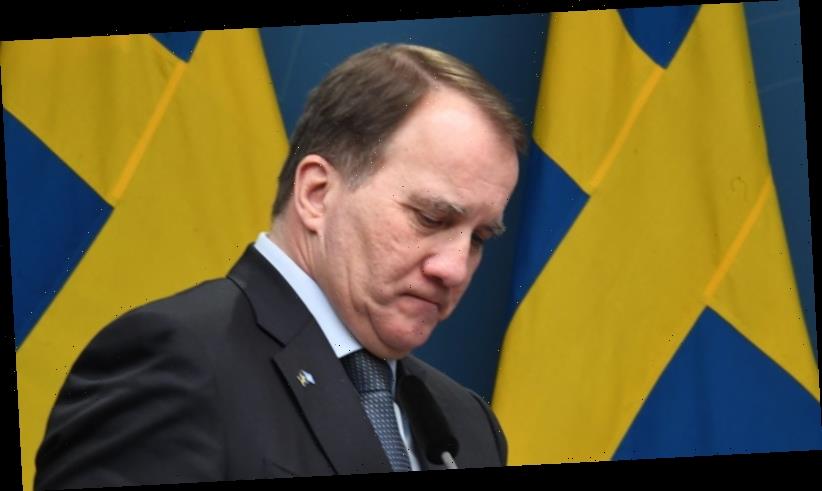 Sweden, which has long shunned lockdowns and face mask orders as tools in fighting the coronavirus pandemic, has given its government power to act more forcefully to stem the spread of the disease.

Parliament has passed an emergency law that will allow the government to limit the number of people in shops, businesses and public places, like theatres and public swimming pools, or even order their closure in case of violations. The government will also be able to fine individuals for breaking coronavirus rules. 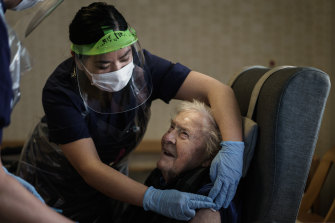 A resident at one of Attendo’s nursing homes in Gothenburg receives her first dose of the Pfizer-BioNtech COVID-19 vaccine on Thursday. Credit:Getty Images

The new powers come into effect Sunday, freeing the government to do more than make recommendations, as it has thus far. But with the country struggling to battle a second wave of the coronavirus, and with emergency wards filling up to critical capacity, the government said it needed more tools. 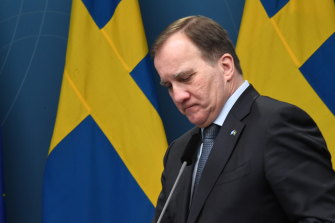 Sweden’s Prime Minister Stefan Lofven speaks to the media after the laws were passed.Credit:AP

"We see a great risk that we will be in a difficult situation for some time ahead," Prime Minister Stefan Lofven told the SVT network. "Of course, that means the pandemic law will be used. And we will be using it in the near future."

In a separate decision implemented Thursday, face masks, long deemed ineffective by Swedish health officials, are now being recommended for use during rush hour on public transportation. They are not mandatory.

In April, when much of the rest of the world went into lockdowns, Swedes were able to keep going to bars and restaurants, with the government and health officials saying they didn't believe in lockdowns. The country's Public Health Authority issued some coronavirus prevention recommendations, but the government legally wasn't able to order the sort of blanket stay-at-home measures used in other European countries.

Swedish lawmakers supported the stance, saying they would never force people to adhere to the recommendations. But now that the pandemic is showing no signs of abating, many have changed their positions and have backed the government measures.

Some experts are calling for even stricter measures.

"This law is great but not enough," said Dr Fredrik Elgh, a professor of clinical virology at Umea University. "We need a four-week lockdown badly to stop this increase. If we do this now, in two weeks time we will see a decrease." He added: "I don't understand why my country is one of few countries that cannot do this seriously."