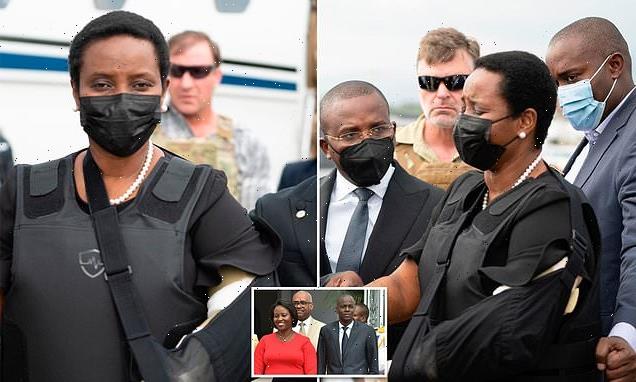 The widow of Haiti’s slain president Jovenel Moise returned home Saturday after being treated in Florida for wounds she suffered in the attack, an official said.

Martine Moise, 47, with her right arm in a sling and wearing a bullet proof vest, was received at Port-au-Prince airport by interim prime minister Claude Joseph, secretary of state for communications Frantz Exantus wrote on Twitter.

Under gray skies and buffeted by strong winds, the first lady gingerly descended the steps of the plane, before firmly shaking hands with those assembled to welcome her, as seen on a video posted on social media.

‘The first lady… has just arrived in Haiti to take part in preparations for the state funeral’ of her late husband, Exantus wrote, posting pictures of Martine Moise disembarking from a private plane accompanied by multiple security agents.

She had spent 10 days in hospital in Miami, Florida, where she had been air lifted after her husband was gunned down in their home in the early hours of July 7.

The state funeral services are set to take place on July 23 in Cap-Haitien, a historic city in the north of Haiti, which has slid dangerously toward chaos since Moise was killed.

The day before Moise’s widow’s return, Joseph had pledged justice would be served for the president’s assassination. 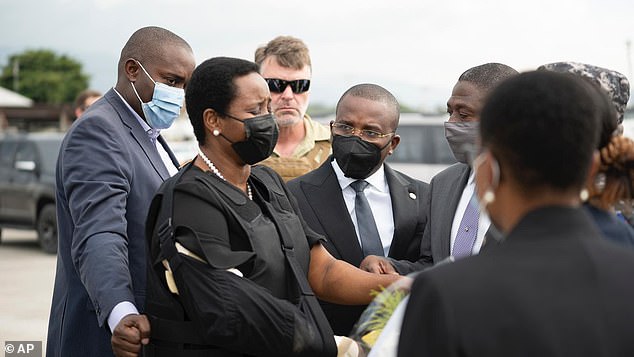 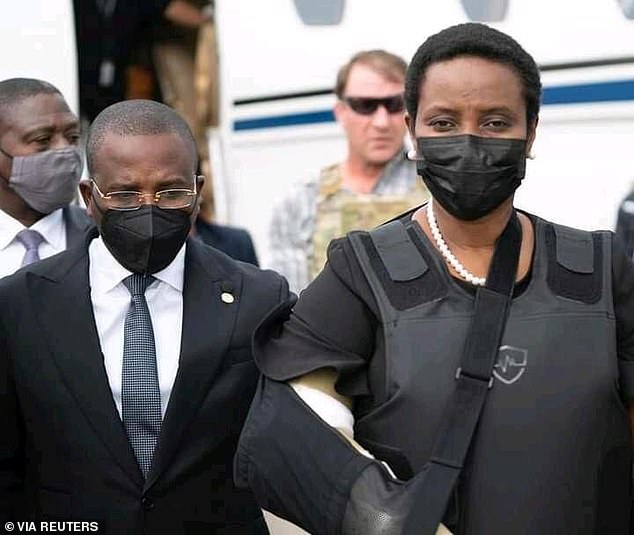 Haiti’s interim PM Claude Joseph walks with the first lady. She had spent 10 days in hospital in Miami, Florida, where she had been air lifted after her husband was gunned down in their home in the early hours of July 7. 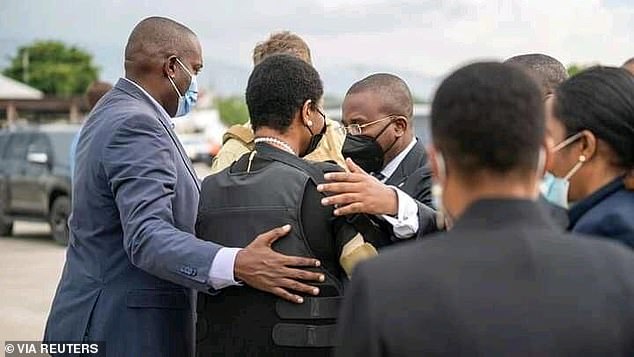 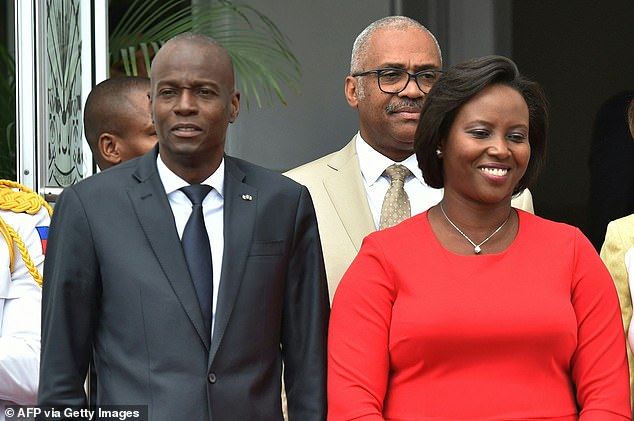 Police chief Leon Charles told a press conference Friday that Haitian authorities were ‘working with international agencies specialized in judicial investigations, such as the FBI (US Federal Bureau of Investigations), Interpol and other bodies that are on the ground to analyze all the evidence… to trace the masterminds of the assassination.’

Moise, 53, was assassinated by a hit squad made up mostly of Colombian mercenaries, but many of the details surrounding the brazen attack remain a mystery.

Colombia’s police chief Jorge Vargas has said that a former Haitian justice ministry official, Joseph Felix Badio, gave two of the Colombian mercenaries the order to kill the president. But it is not clear if Badio in turn was following orders from someone else.

Badio, a former official in an anti-corruption unit within the justice ministry, is one of several people wanted by Haitian police, alongside former opposition senator Joel John Joseph.

Both are described on their wanted posters as ‘armed and dangerous.’

More than 20 people have been arrested in connection with the killing.

Haitian police have accused a 63-year-old Haitian doctor with strong ties to Florida, Christian Emmanuel Sanon, of being a mastermind of the plot and having ‘political objectives.’ 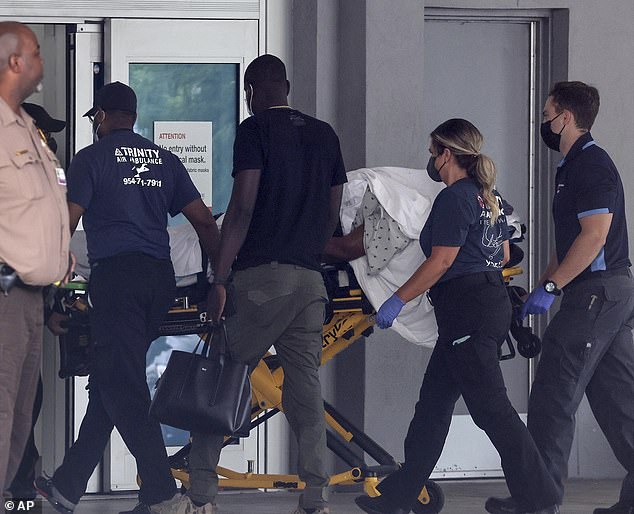 Martine Moise, first lady of Haiti, arrives at Jackson Health System’s Ryder Trauma Center, in Miami, for treatment on July 7 after being shot multiple times at her home earlier in the day in Port-au-Prince 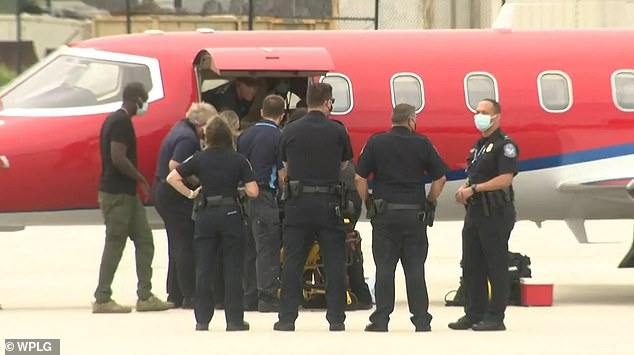 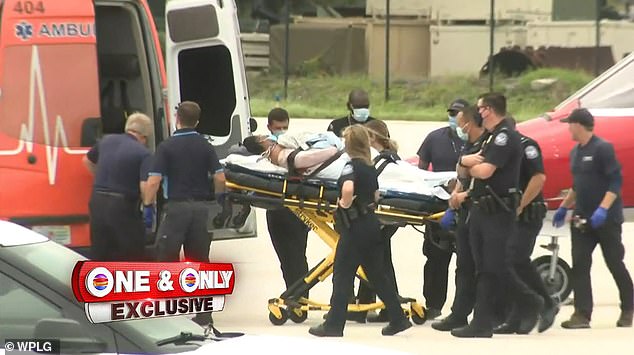 The day before Martine Moise returned to Haiti, around 40 people had gathered in Miami outside the hospital where she was being treated for a gunshot wound to her arm to show their support.

Most were women and most wore blue, one of the colors of their country’s flag. They carried signs with slogans such as ‘Healing for Haiti.’

‘We’re going to pray on the behalf of our First Lady and the people of Haiti,’ said one of the demonstrators, Regina Martin Archat.

On Thursday, along with the first images of Martine Moise since the attack – in hospital with a heavily bandaged arm – the first lady thanked ‘the team of guardian angels who helped me through this terrible time.