EX Detroit mayor Kwame Kilpatrick is expected to be released from jail this week, after serving seven years of a 28 year sentence for his role in a major corruption scandal.

Kilpatrick was found guilty of 24 charges, including mail fraud, wire fraud, and racketeering in March 2013, and was sentenced months later in October. 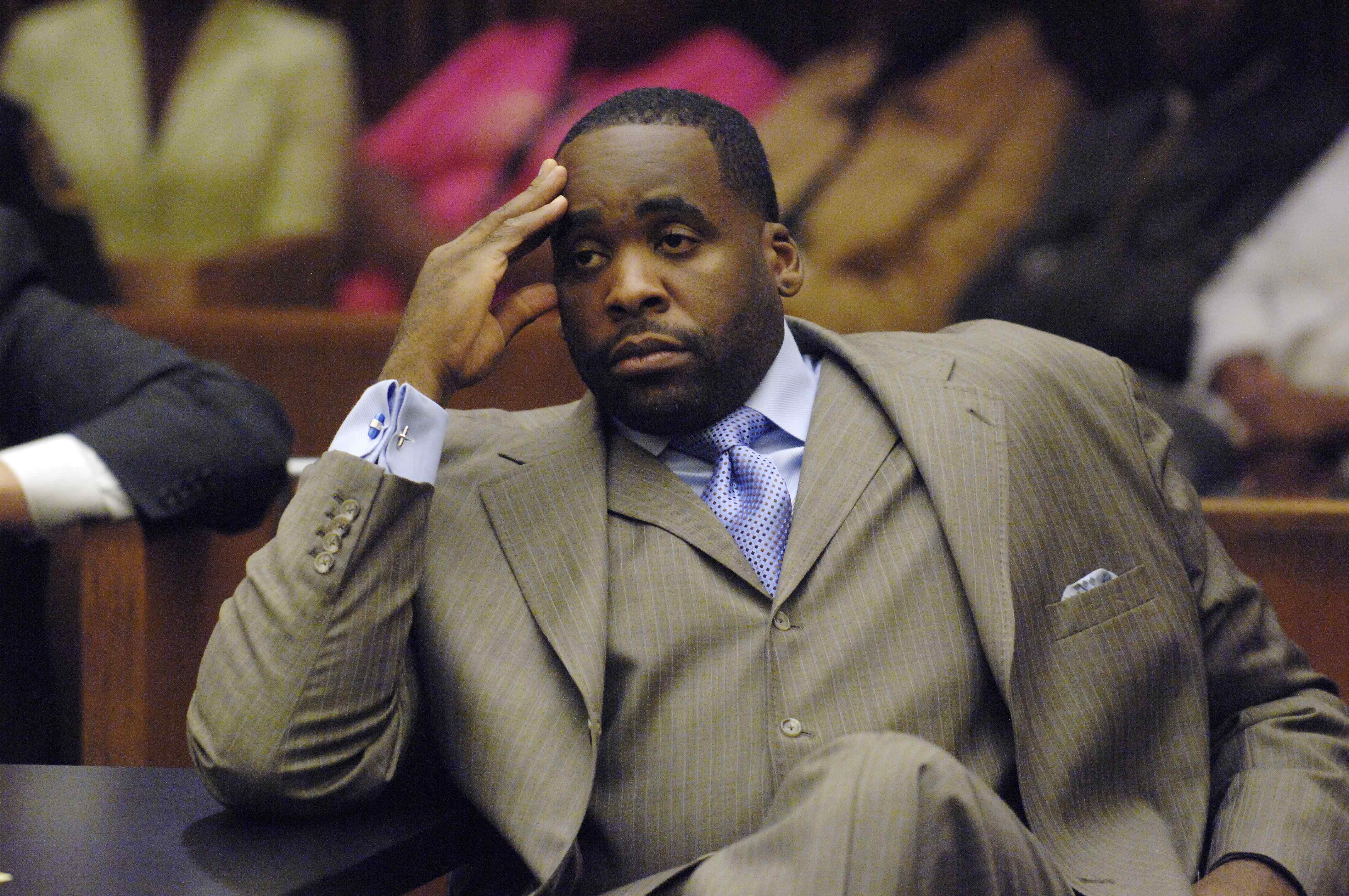 Kwame Kilpatrick was born on June 8 1970 in Detroit, Michigan.

His parents are Bernard Kilpatrick and Carolyn Cheeks Kilpatrick – a former congresswoman who represented Michigan in the House of Representatives between 1997 and 2011.

He graduated from Florida A&M university with a bachelor of science degree in political science in 1992.

In 2001, he became the youngest mayor of Detroit when he was elected aged 31.

Kilpatrick was criticized for using city funds to lease a Lincoln Navigator SUV for use by his family and racked up over $200,000 on his city credit card.

He paid for travel, meals and a bottle of extensive champagne among other lavish items over a three-year period, the New York Times reported.

This came at a time when Detroit had a projected deficit of $230million.

He won re-election in 2005 despite coming second in the mayoral primary, which led to some commentators believing that his political career was over.

The 50-year-old resigned as mayor in September 2008 after being convicted of perjury and obstruction of justice.

Why is Kwame Kilpatrick in prison?

Kilpatrick was sentenced to 28 years after being convicted of 24 counts of public corruption ranging from racketeering, to bribery and fraud in 2013.

The 50-year-old lost his original appeal in 2015 after the Circuit Court of Appeals in Cincinnati, Ohio upheld Kilpatrick's conviction.

A motion to vacate, set aside, or "correct" his prison sentence was thrown out in 2017, and he lost another appeal in November 2019.

When is he due to be released from prison?

The former mayor is expected to be released from prison this week, according to his sister Ayanna Kilpatrick.

She tweeted: "Due to suffering severe health challenges we expect Kwame Kilpatrick to receive a grant for COVID-19 compassionate release from the FBOP this week."

Kilpatrick is not due to be released until January 18 2037, according to the Bureau of Prison inmate directory.

His family believed that Kilpatrick would be released earlier this year in May due to Covid-19, but this was rejected by the Federal Bureau of Prisons. 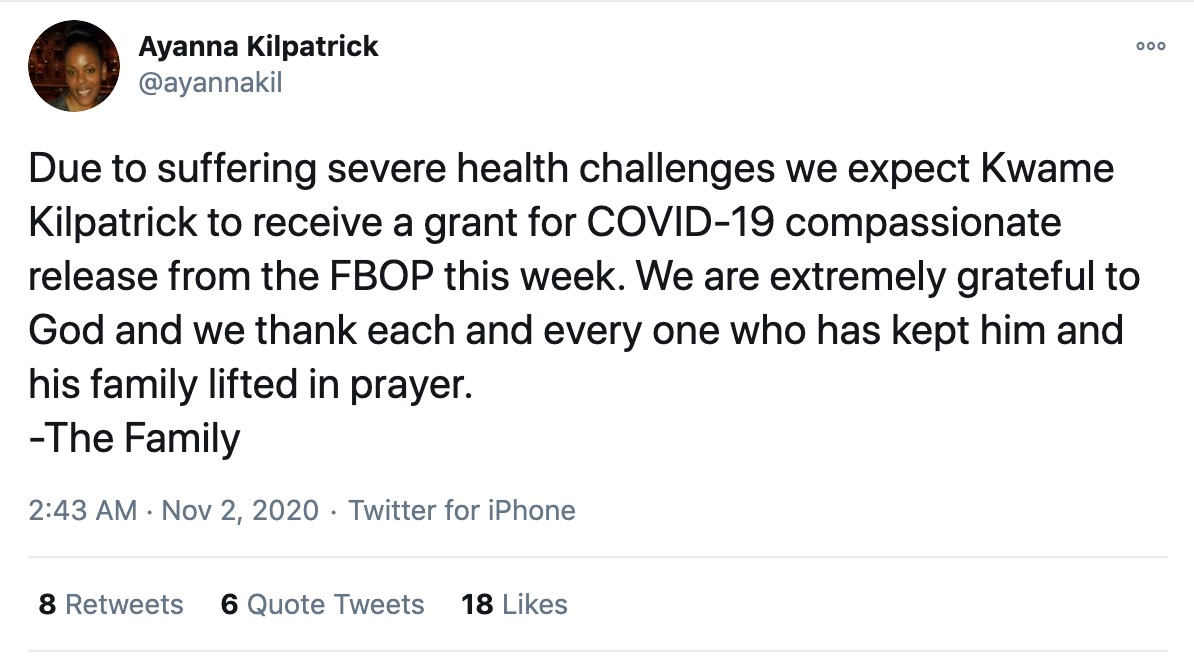 Which jail is Kwame Kilpatrick being held in?

The 50-year-old is currently serving his sentence at the Federal Correction Institution in Oakdale, Louisiana.

He is currently seven years into his sentence.

Kilpatrick's sentence equals the 28 years that was handed to Ohio politician Jimmy Dimora who is serving time for corruption.