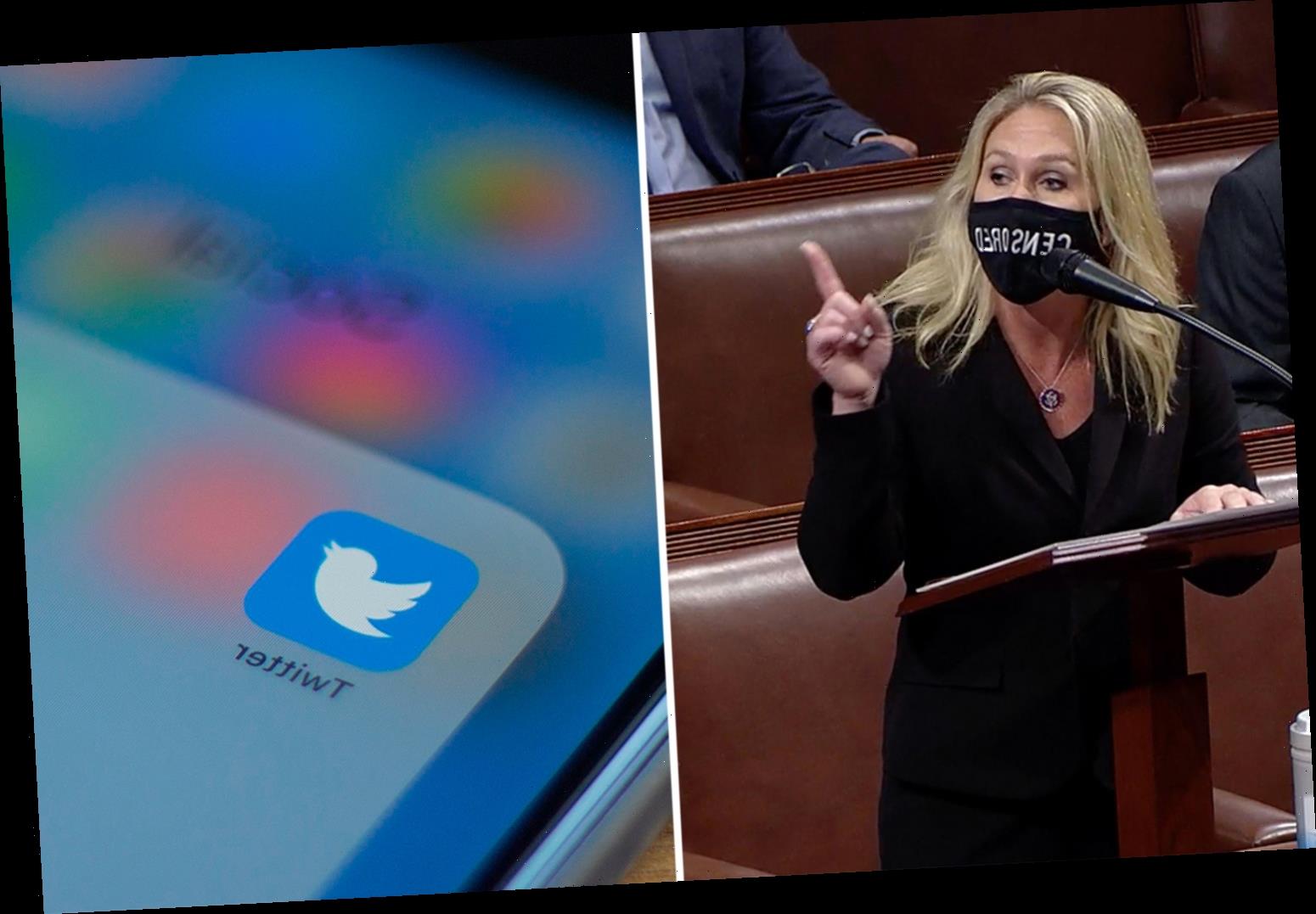 REPUBLICAN Representative Marjorie Taylor Greene has been booted off of Twitter for 12 hours.

The suspension follows President Trump’s permanent ban from the popular app after being held responsible for “inciting violence” that resulted in the fatal Capitol riot on January 6. 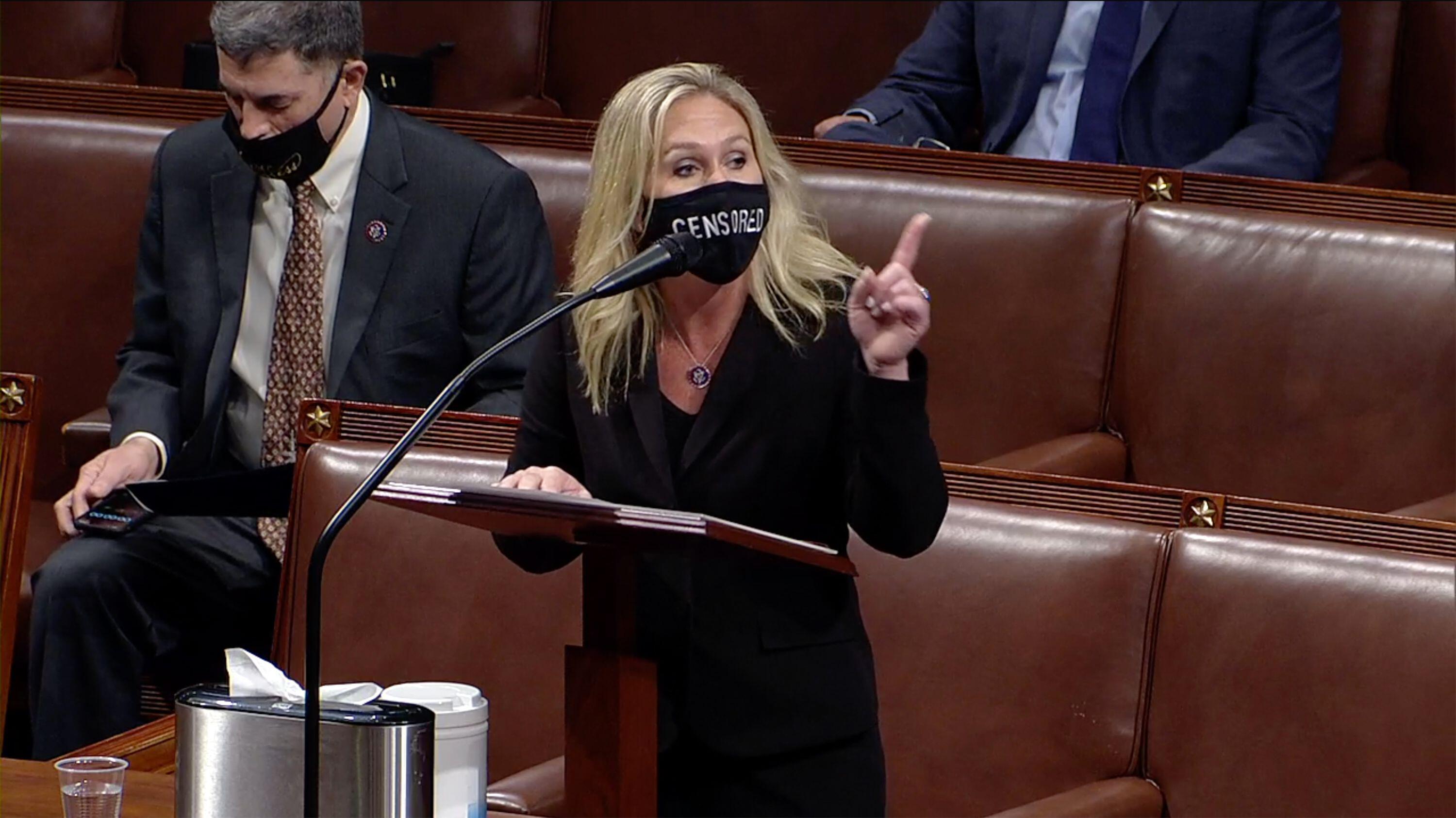 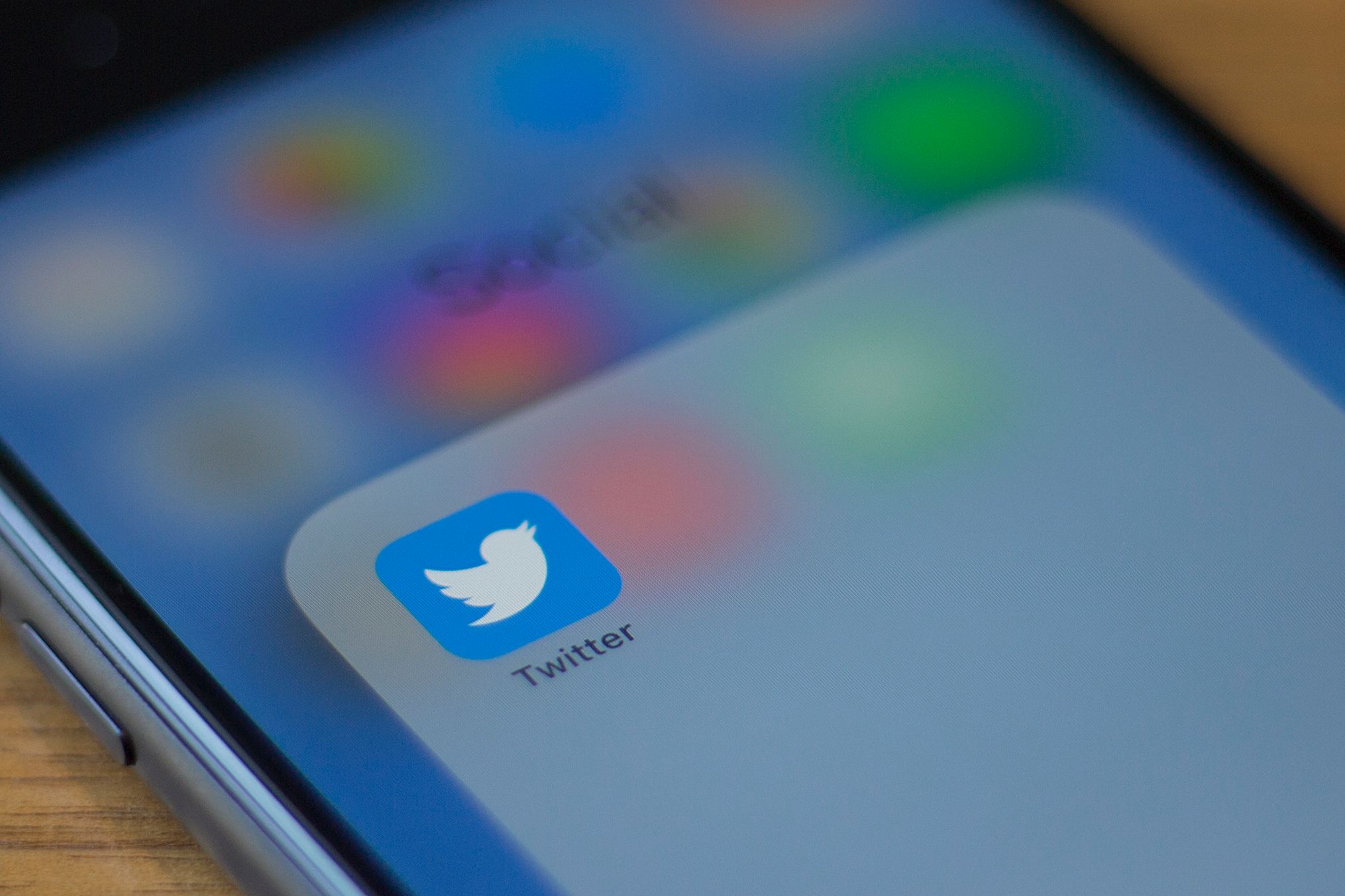 Why has Marjorie Taylor Greene been suspended from Twitter?

Marjorie Taylor Greene, 46, was suspended from Twitter for tweeting at Trump supporters to “mobilize” due to recent “attacks on their liberties.”

On Saturday, Greene tweeted: "I encourage all Americans, not just the 75 million people who voted for President Trump, to mobilize and make your voices heard in opposition to these attacks on our liberties."

The tweet was deleted two hours after it was sent, but it was archived by news outlet, ProPublica.

Greene released a statement about her suspension blaming the "big tech" for silencing elected officials. 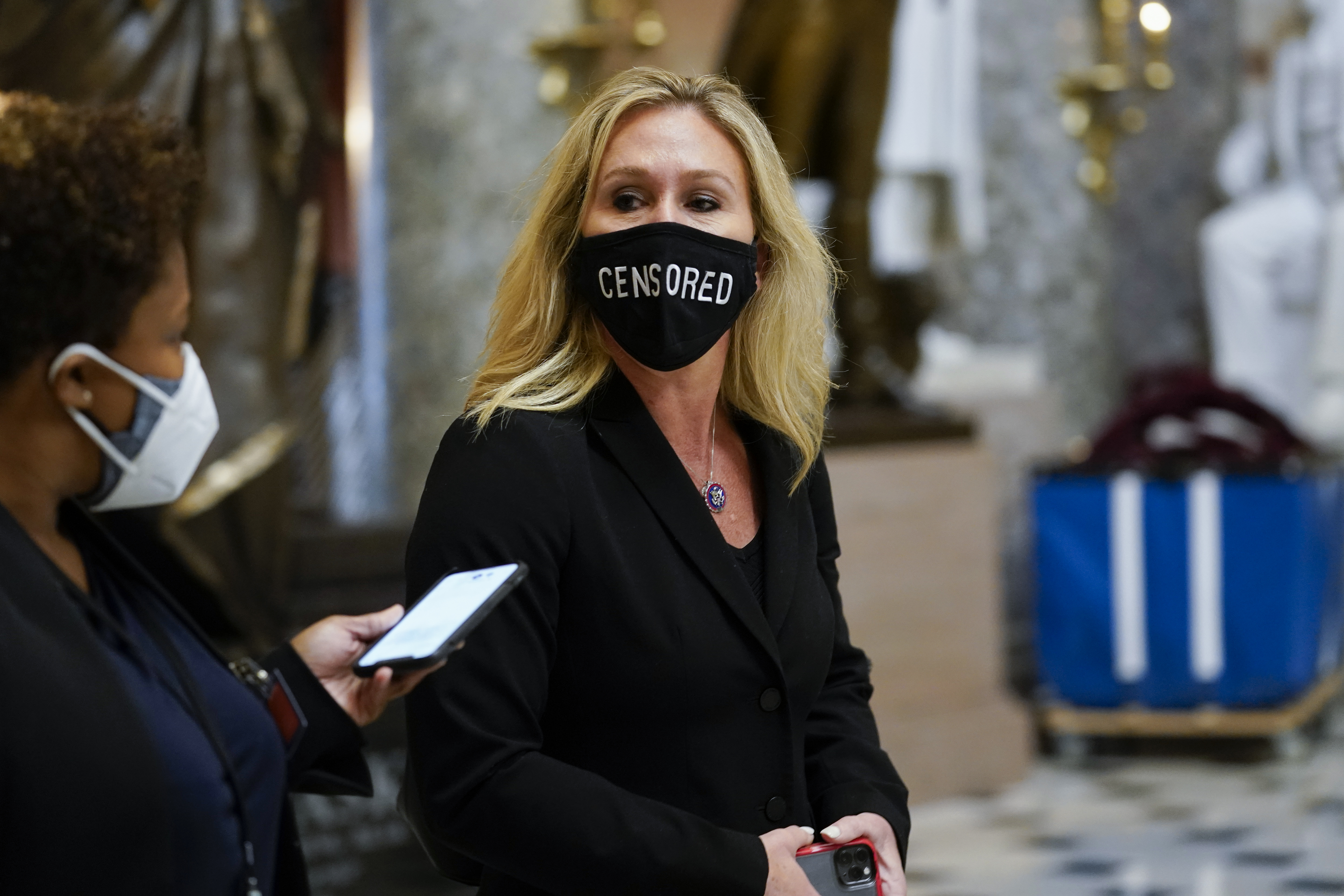 Prior to that tweet, she had also posted a photo that read: “END ABORTION IN AMERICA” and jabbed at Republicans for their loss in the Georgia election.

Greene tweeted: “Morons like you are responsible for losing GA’s 2 Republican Senate seats.

“You ran a Nov 3rd election that was stolen bc you idiots at the SOS mailed out millions of absentee ballots to any one and everyone while GA was an open state. Then you counted ballots on Dominion..”

The tweet was flagged for election fraud and could not be liked, retweeted, or replied to due to "risk of violence” according to Twitter.

How long has she been suspended for?

However, the company did not immediately point out which tweets violated the policy. 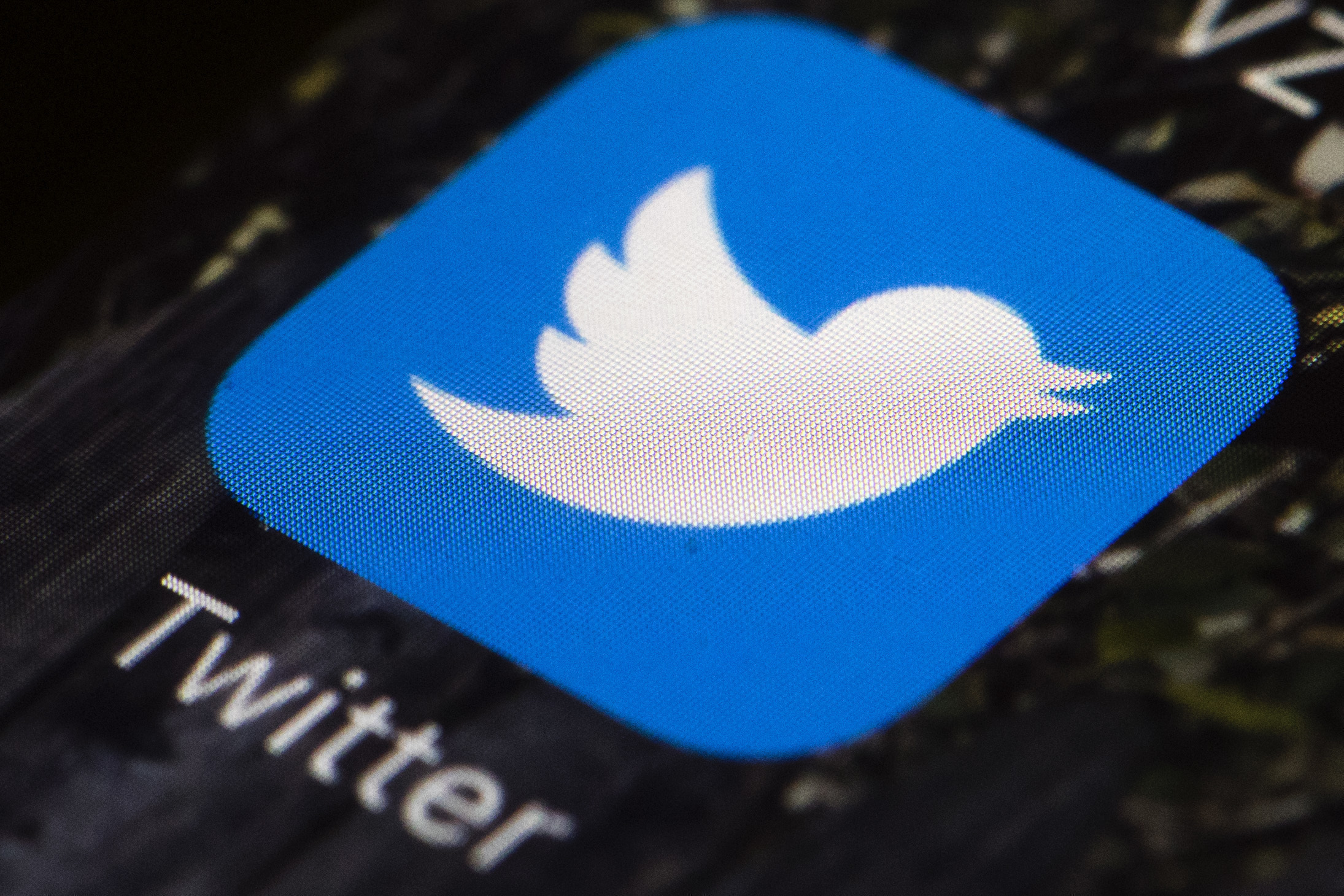 What has Marjorie Taylor Greene said?

In a past video, Greene claimed, “Q is a patriot,” referring to the supposed operative at QAnon’s center.

She also said: “There’s a once-in-a-lifetime opportunity to take this global cabal of Satan-worshiping pedophiles out.”

QAnon is a conspiracy theory shared online that the FBI has listed as a domestic terrorism threat.

The theory claims without evidence that “deep-state” traitors and child sex predators including prominent Democrats are plotting against Trump, who in turn is leading a plot against them. 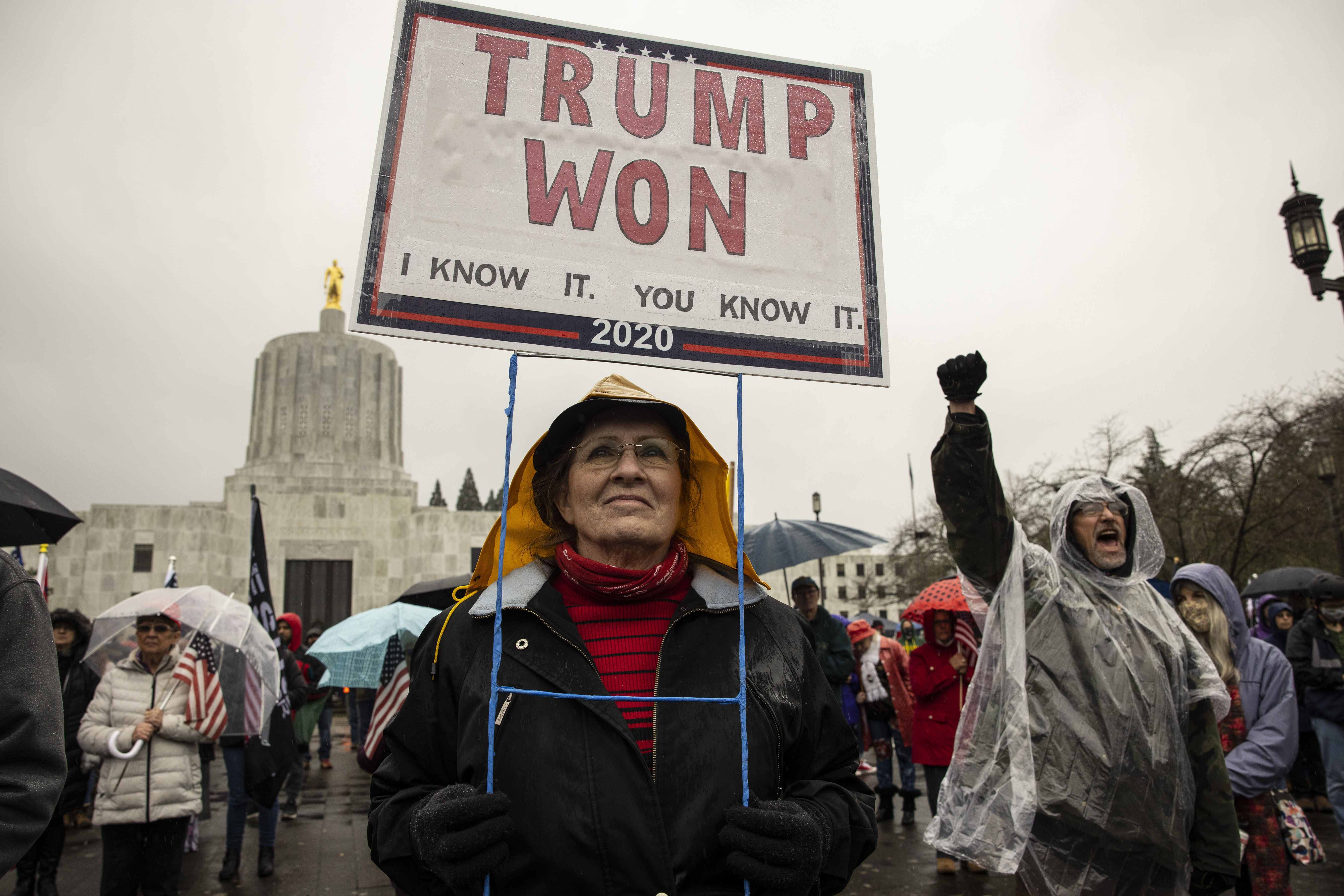 However, after winning her primary runoff in August last year, Greene backtracked, telling Fox News that QAnon does not “represent” her and “wasn’t part of my campaign.”

The day of the electoral certification of votes and the Capitol riot, Greene alluded to the event, tweeting: "The January 6 challenge is on.”

She also tweeted on January 4: "Just got off the phone with Donald Trump. He wants you to call your Rep & Senators today, all day. 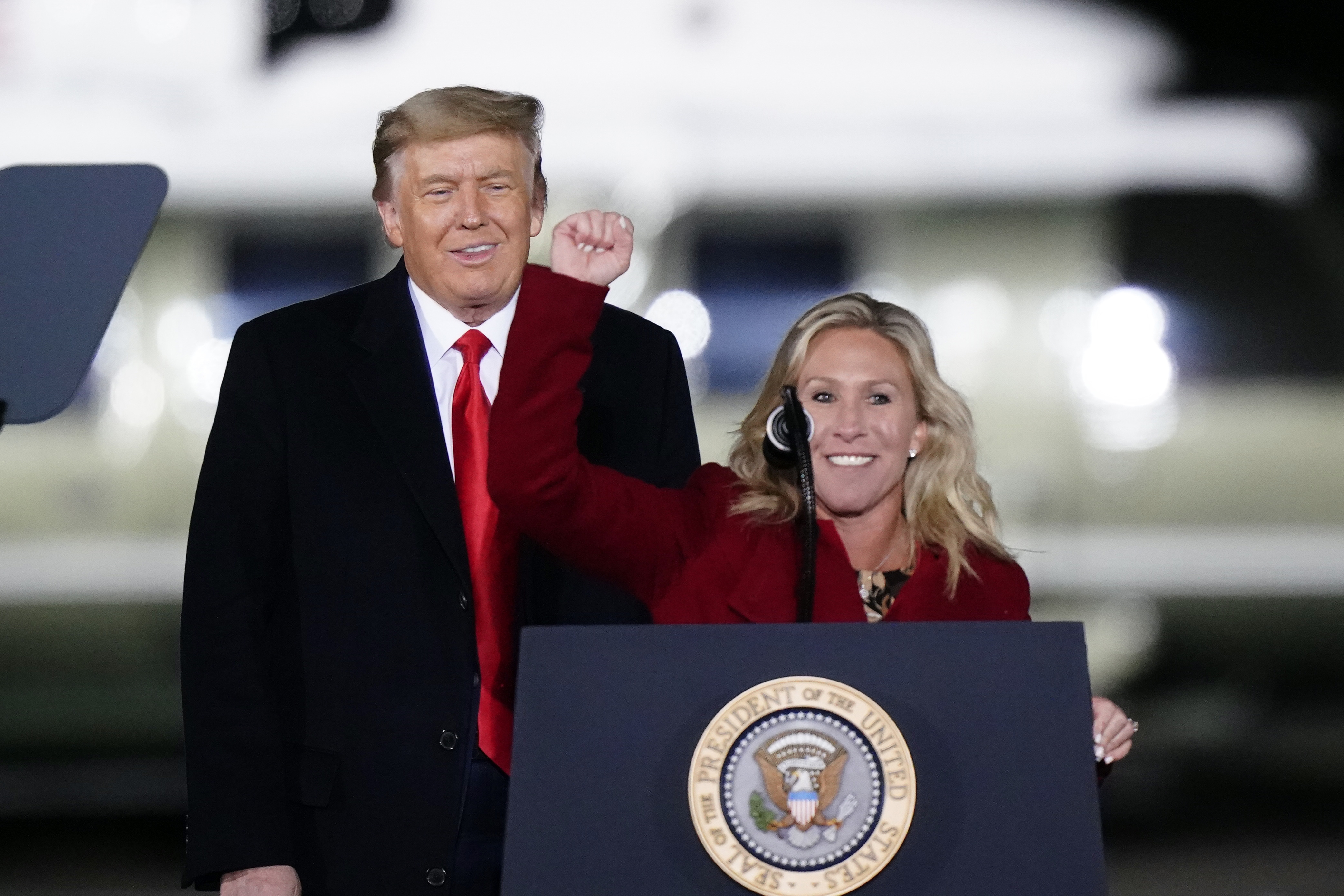 "Make them commit to objecting to the stolen fraudulent election and fight for Trump. Don’t let Republicans be the 'surrender Caucus'."

She has also been spotted wearing a "Stop the Steal" face mask while at her swear-in ceremony.

Greene previously threatened to impeach Biden a day after his inauguration, tweeting: “On January 21, 2021, I'll be filing Articles of Impeachment against Joe Biden for abuse of power. #ImpeachBiden, #QuidProJoe and #BidenCrimeFamily.”

In another tweet, she wrote that "75 million Americans are fed up with inaction" from Biden and that "it's time to take a stand."

"I’m proud to be the voice of Republican voters who have been ignored," she continued.