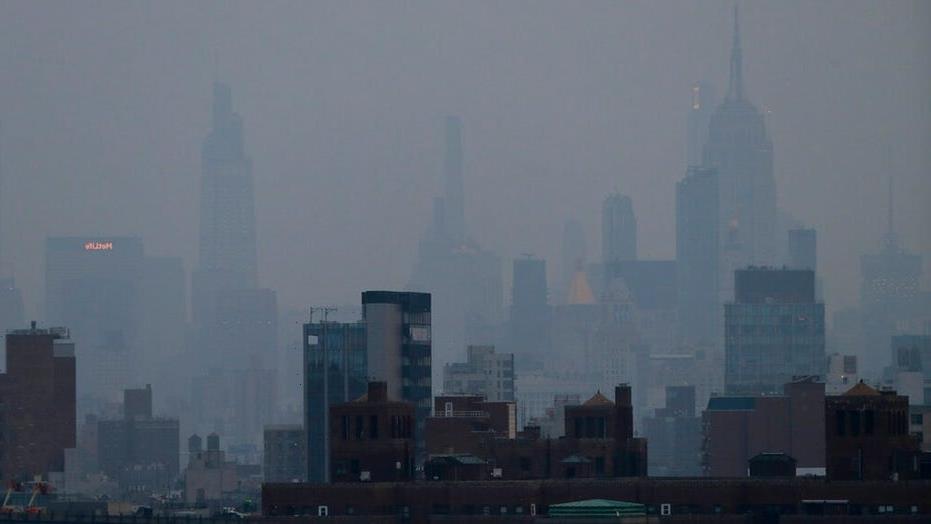 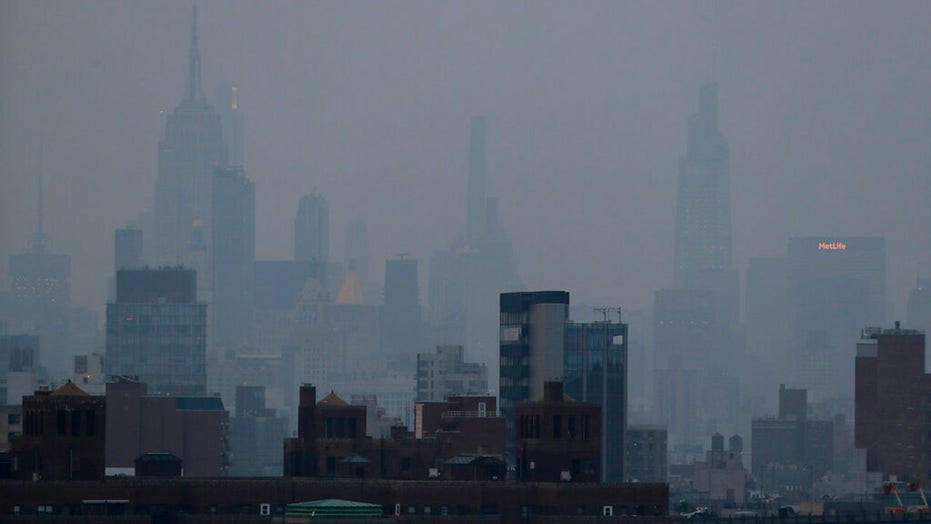 Skies across major U.S. cities were a murky grey this week against a blood orange sun as smoke choked the East Coast.

New York City saw its worst air quality in more than 14 years, with the Air Quality Index reaching into the 160s on Wednesday morning.

The conditions are attributable to the giant western wildfires almost 3,000 miles away.

And this is not the first time this has happened either. 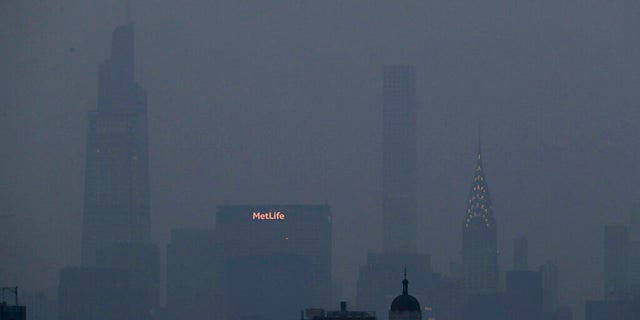 In September 2020, NASA’s Earth Observatory satellites tracked smoke plumes as they were swept from west to east, spreading over much of the continental U.S.

Last year was witness to unprecedented fires that turned the San Francisco Bay Area a burnt orange color in the midst of the COVID-19 pandemic. 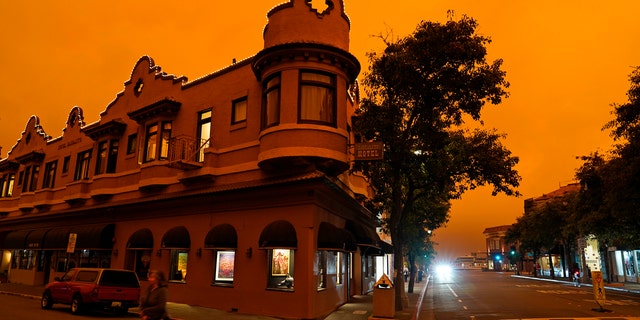 A woman crosses a street by in front of a hotel as smoke from wildfires darken the morning sky Wednesday, Sept. 9, 2020, in Sausalito, California.
(AP Photo/Eric Risberg)

“We’re seeing lots of fires producing a tremendous amount of smoke, and … by the time that smoke gets to the eastern portion of the country, where it’s usually thinned out, there’s just so much smoke in the atmosphere from all these fires that it’s still pretty thick,” David Lawrence, a meteorologist with the National Weather Service, said Tuesday. “Over the last two years we’ve seen this phenomenon.”

Now, wildfires are active in 13 states and 83 fires have already burned nearly 1.3 million acres, according to the National Interagency Fire Center.

There are 19,300 firefighters and support personnel working to fight the blazes.

Smoke from those fires – including Oregon’s Bootleg Fire, which is creating its own weather – has traveled in the jet stream.

Jet streams are bands of strong wind in the upper atmosphere generally blowing from west to east across the world. 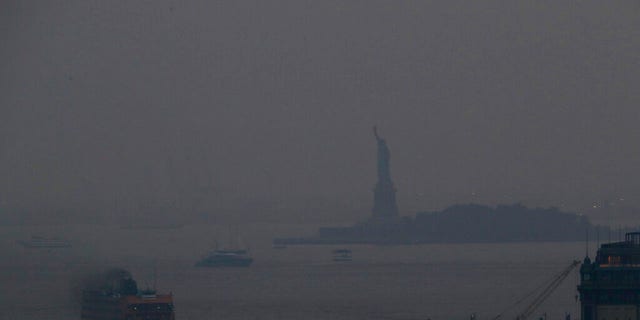 The Staten Island Ferry departs from the Manhattan terminal through a haze of smoke with the Statue of Liberty barely visible, Tuesday, July 20, 2021, in New York.
(AP Photo/Julie Jacobson)

A little under half of the country is under moderate to exceptional drought conditions and almost 95% of the West is in that category.

Dry conditions and heat waves linked to the impacts of climate change have made each wildfire season more difficult, and extreme weather and wildfires are expected to become even more frequent and destructive.

The Northeast is forecast to see some relief from the smoke on Wednesday during afternoon thunderstorms, while air quality alerts remain in effect for parts of the mid-Atlantic.