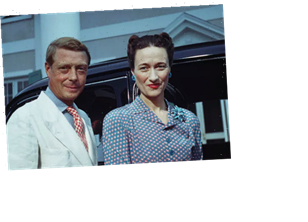 THE situation between Meghan Markle and Prince Harry is continually compared to Wallis Simpson and Kind Edward VIII, as both men abandoned their Royal duties and titles for love.

Wallis' marriage to King Edward VIII in 1937 meant he became the first-ever monarch to abdicate, changing the path of history – and eventually leading to Queen Elizabeth II ascending to the throne. 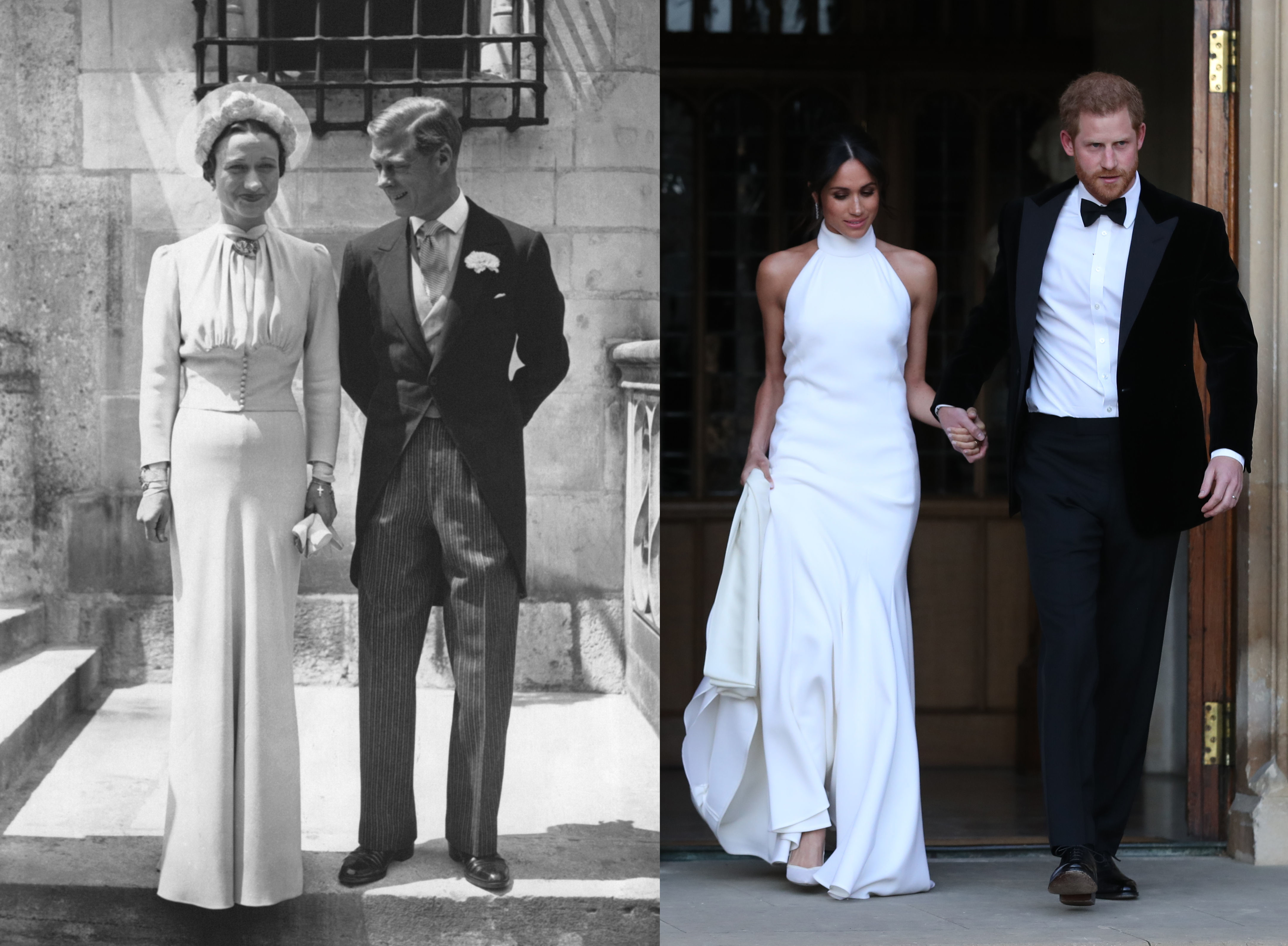 Who was Wallis Simpson?

The American socialite was born in Blue Ridge Summit, Pennsylvania, as Bessie Wallis on June 19, 1886.

Her dad, wealthy flour merchant Teackle Wallis Warfield, died from tuberculosis when Wallis was a baby.

In 1901, her and mum Alice moved in with Wallis's aunt in Baltimore until they finally got an apartment of their own and Alice remarried.

Wallis attended Oldfields School – the most expensive in Maryland – after her uncle stumped up the fees.

A fellow pupil said: "She was bright, brighter than all of us. She made up her mind to go to the head of the class, and she did." 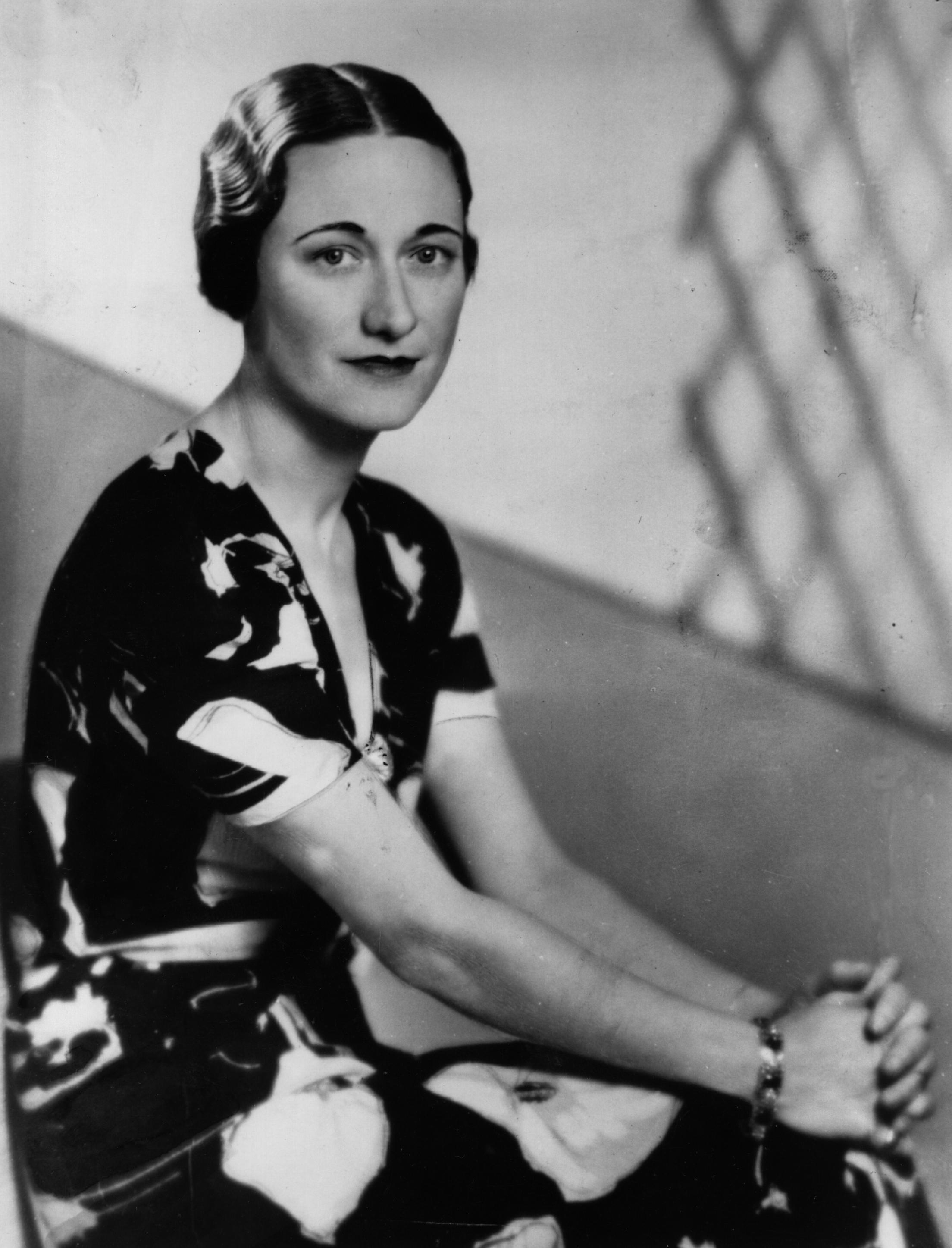 How many times was Wallis Simpson married?

In April 1916, Wallis met her first husband Earl Winfield Spencer Jr, a US Navy aviator in Florida, while she was visiting her cousin.

They married in November of that year in Baltimore and a year later, Spencer was posted to San Diego when the US entered WW1.

Wallis was separated from her alcoholic husband for months at a time, so she travelled alone in China when the marriage began to break down.

They wed in London after Simpson left his first wife on July 21, 1928, and moved into a large house with servants.

Around this time, Wallis met Lady Furness, the then mistress of Edward, Duke of Windsor. 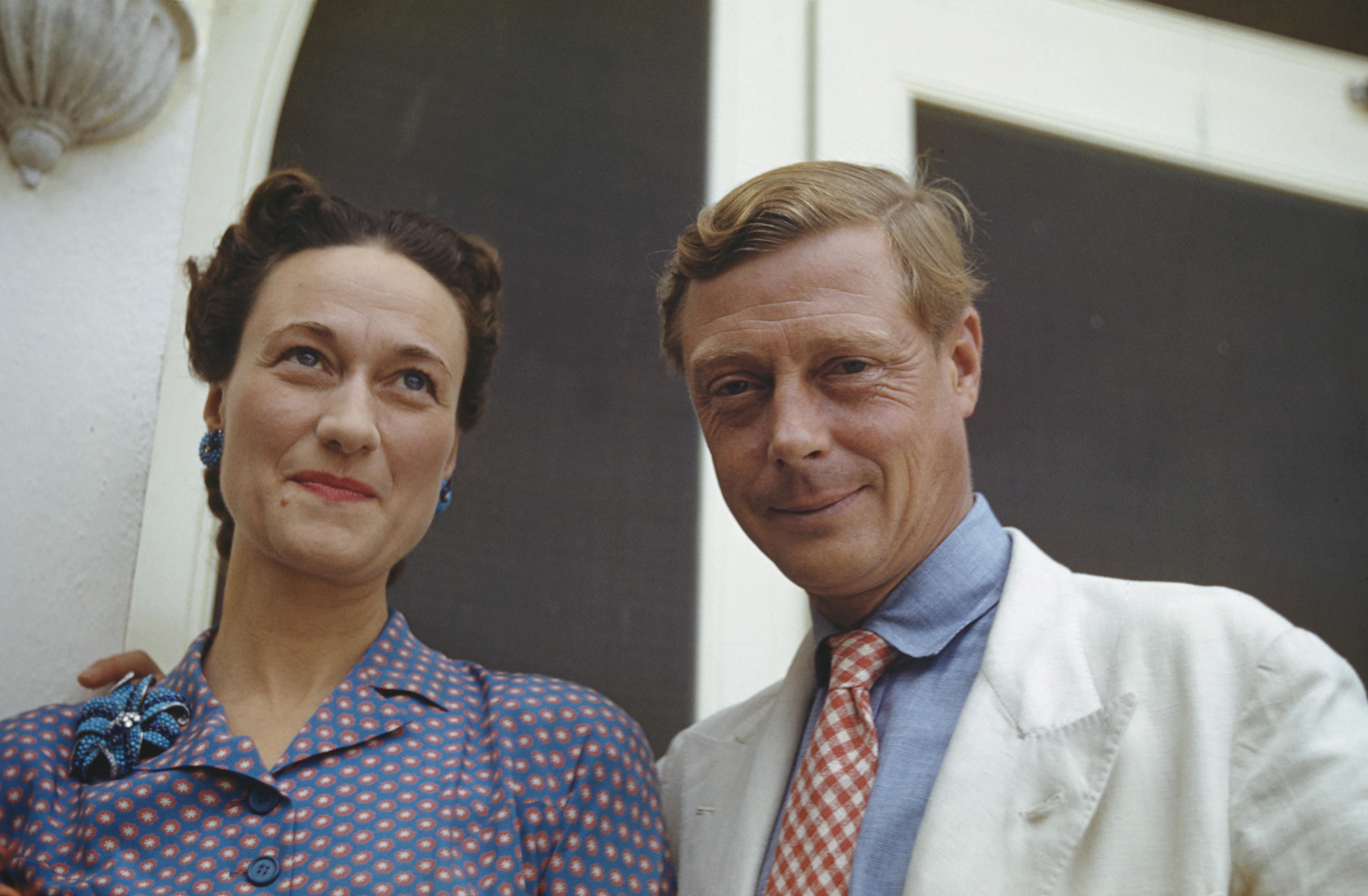 Did Wallis Simpson have children?

Wallis had no children with any of her husbands.

Many historians believe that a case of mumps in Edward’s youth rendered the Duke of Windsor royally infertile, and this was the reason they never conceived.

Their relationship allegedly started in 1934, but Edward – then a prince – denied this to his dad King George V.

By 1935, Wallis had been presented in court to the outrage of the royal family, who were shocked by her marital history.

The pair holidayed together in Europe and Edward lavished Wallis with money and jewels. 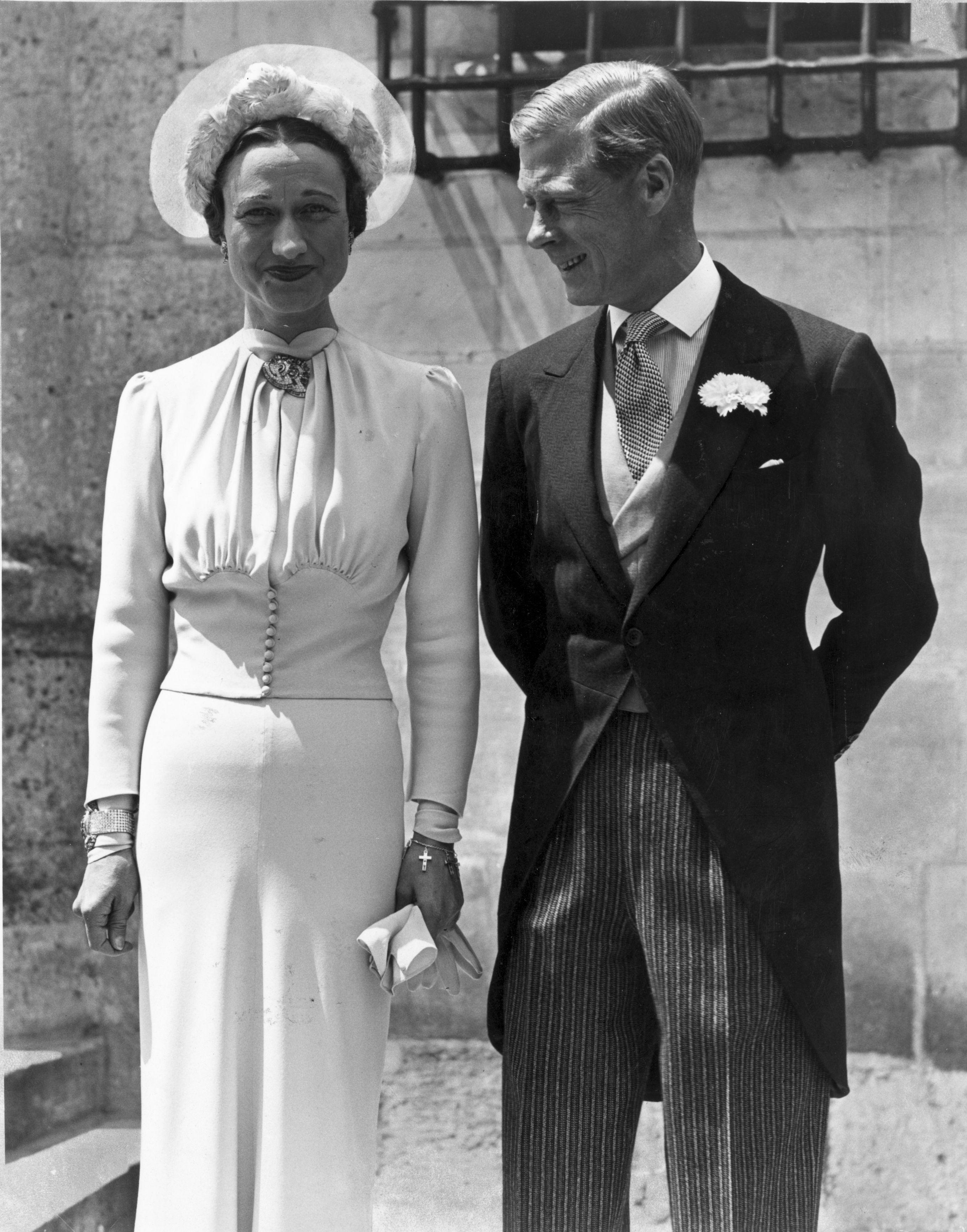 What was the King Edward VIII abdication crisis?

Fears were beginning to grow that the new king planned to marry Wallis as the Church of England felt Edward could not marry a divorced woman with two living ex-husbands.

Brits were also reluctant to accept an American as a queen – prompting Wallis to flee to France to avoid the heavy press coverage.

She filed for divorce from Spencer on the grounds he had committed adultery, and it was granted in October 1936.

Two months later, Edward was told he could not keep the throne and marry Wallis, so he sent shockwaves across the world when he decided to abdicate.

He made a BBC broadcast saying he could not do the job of the king "without the help and support of the woman I love".

The pair married on June 3, 1937, at the Château de Candé but no members of Edward's family attended.

They became Duke and Duchess of Windsor. 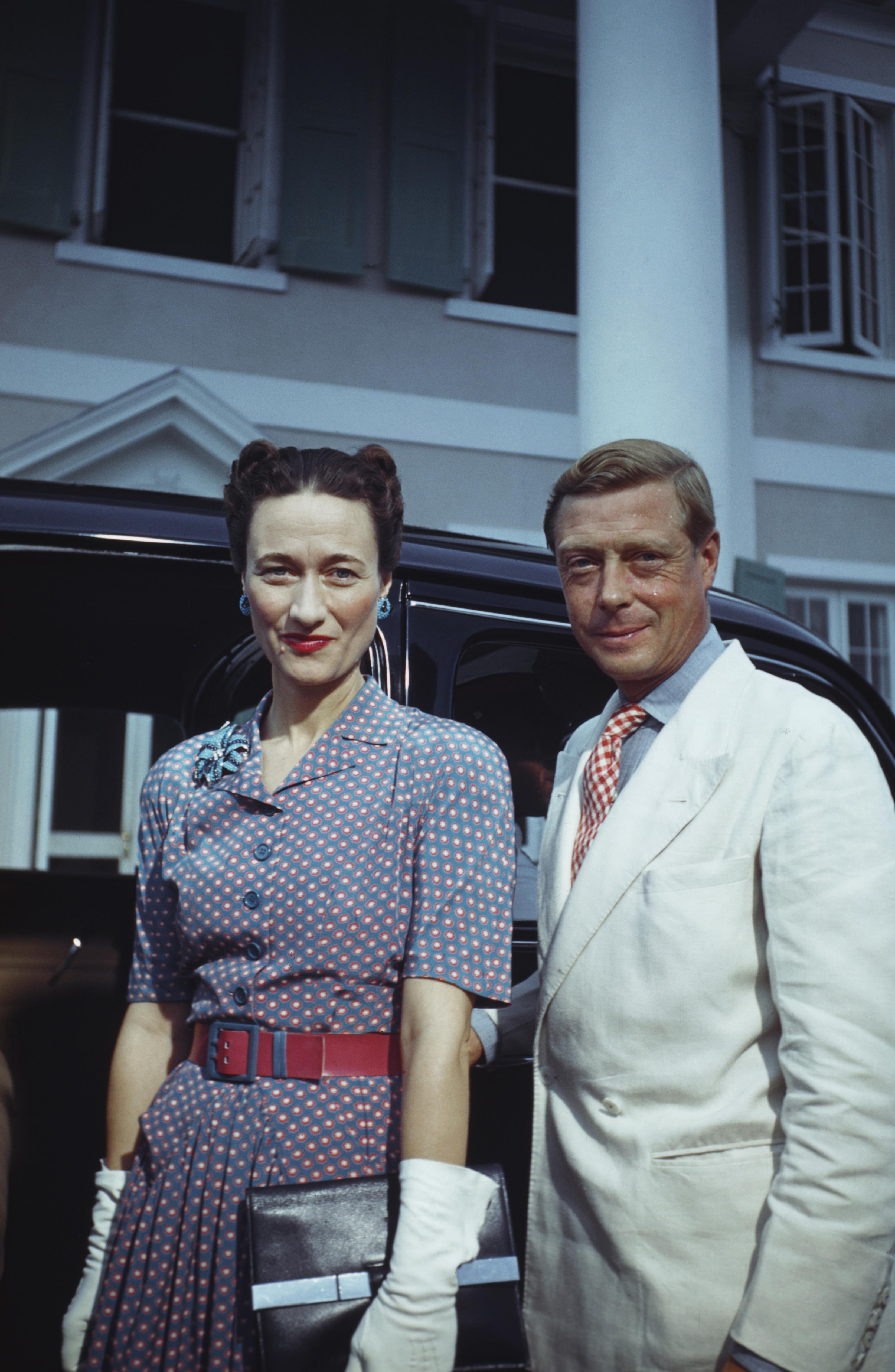 Who played Wallis Simpson on Netflix's The Crown?

Geraldine Chaplin played the American Socialite in the new series of The Crown.

She was nominated for a Golden Globe for playing Tonya in Doctor Zhivago (1965) and played her own grandmother Hannah Chaplin in the 1992 biopic Chaplin.

The actress is also known for her Spanish cinema work, but her recent English-language work has included Electric Dreams (as Irma) and Jurassic World: Fallen Kingdom (as Iris).

What happened to Wallis Simpson?

Wallis became a window in 1972 when Edward succumbed to throat cancer.

In the coming years she developed dementia and lived the final years of her life as a recluse.

She was supported financially by both her husband's estate and an allowance from the Queen.

In 1980, the Duchess lost the power of speech and she was bedridden and did not receive any visitors.

Where is Wallis Simpson buried?

She was buried next to her husband in the Royal Burial Ground near Windsor Castle.