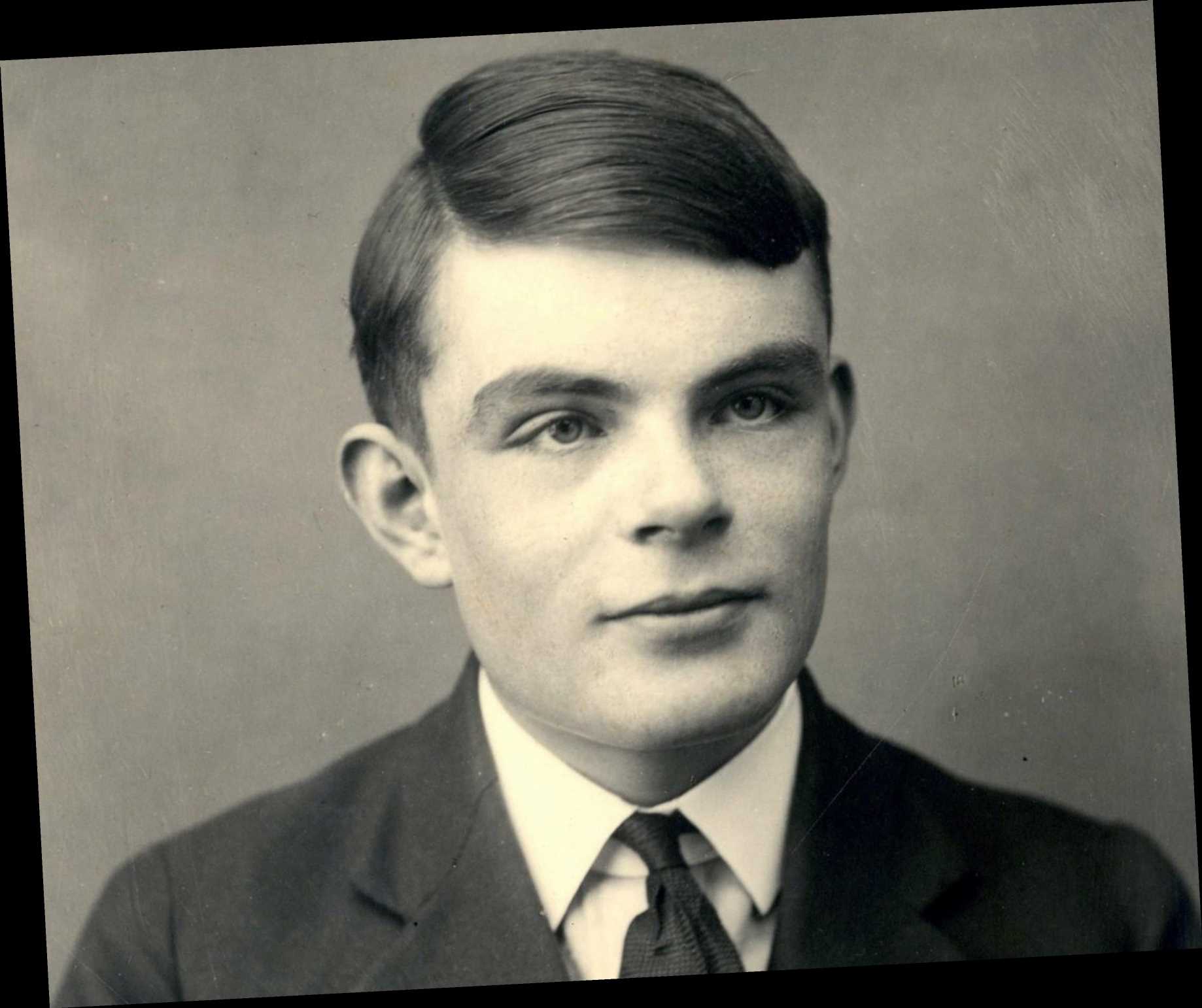 ALAN Turing’s legacy continues to have an impact on both science and society today – with the Enigma codebreaker now the face of the new £50 note.

Thousands of gay and bisexual men who were convicted under the abolished sex offences were also pardoned by the Queen in 2017 thanks to Turing’s Law. Here's more on the British hero and his contribution to our nation. 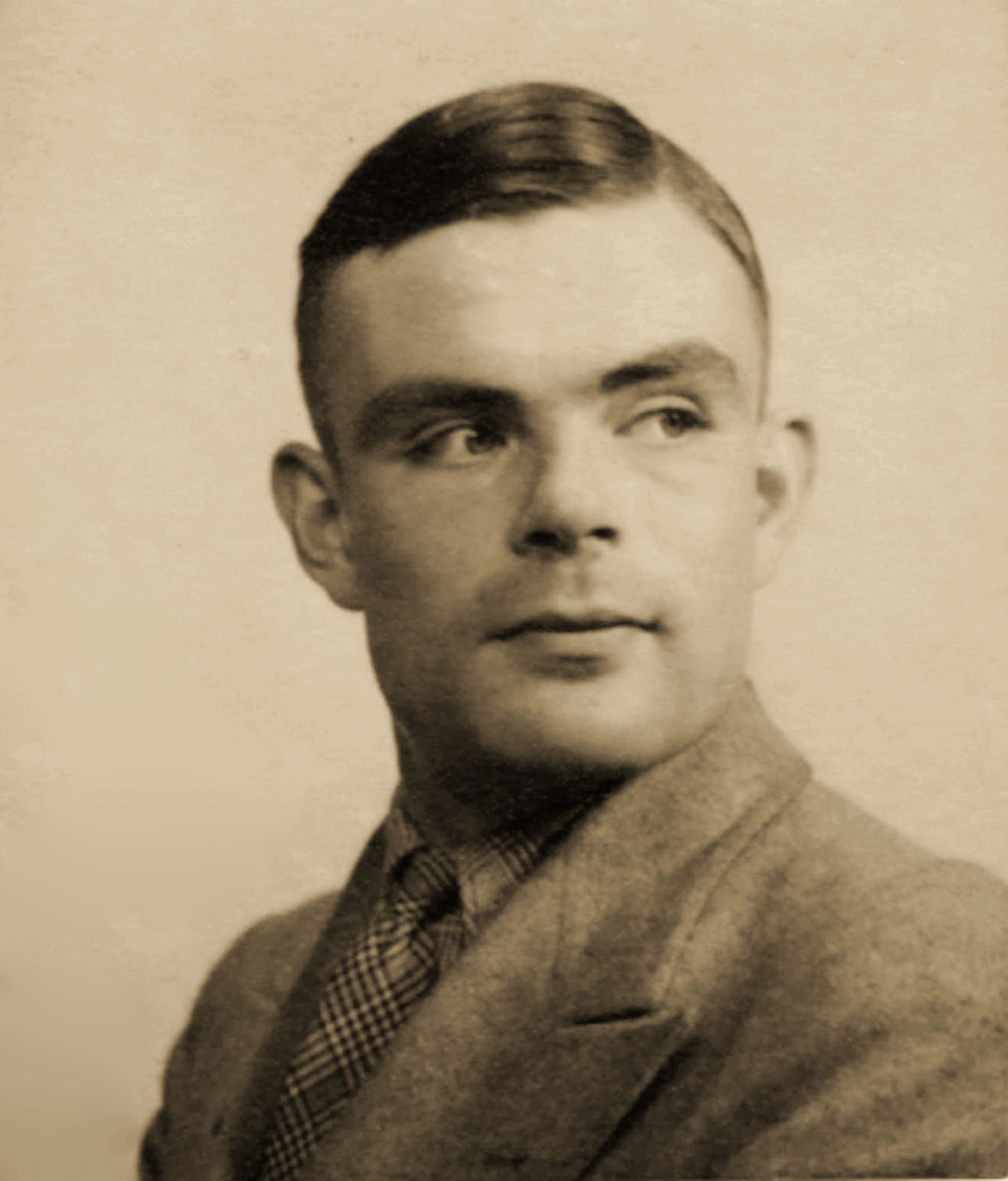 Who is Alan Turing?

In 1952, he started a relationship with 19-year-old Arnold Murray after meeting him just before Christmas in Manchester.

After his house was burgled and a police report filed, Turing acknowledged his sexual relationship with Murray and both men were charged with gross indecency.

How did Alan Turing die?

Turing pleaded guilty and opted for chemical castration by a series of injections of female hormones.

The pioneering mathematician was rendered impotent and his security clearance was removed – barring him for continuing his work with GCHQ.

He died two years later from cyanide poisoning in an apparent suicide – though there have been suggestions his death was an accident.

His work cracking the Enigma code is said to have shortened World War Two by two to four years. 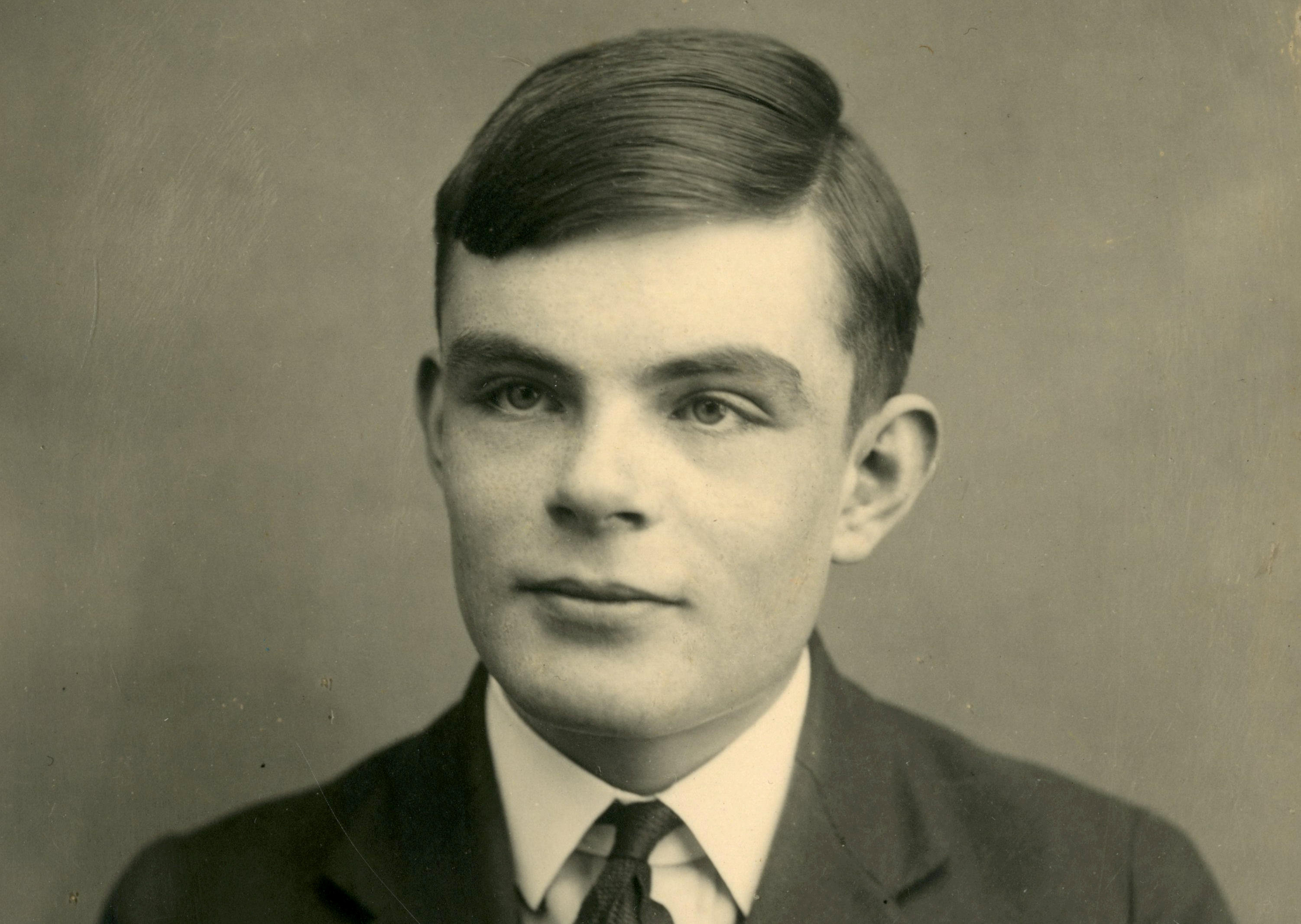 When was Alan Turing pardoned?

The daring war hero was officially pardoned in 2013 – and thousands of others followed suit after the Queen signed the Police and Crime Act into law.

All gay dead men convicted under laws which have now been repealed, will be granted an automatic pardon.

The law only provides pardons for men convicted of acts that are no longer offences.

In a further step, the Government announced that it will introduce a new statutory pardon for the living in cases where offences have been successfully deleted through the disregard process.

Minister Gyimah said: "It is hugely important that we pardon people convicted of historical sexual offences who would be innocent of any crime today.

"Through pardons and the existing disregard process we will meet our manifesto commitment to put right these wrongs." 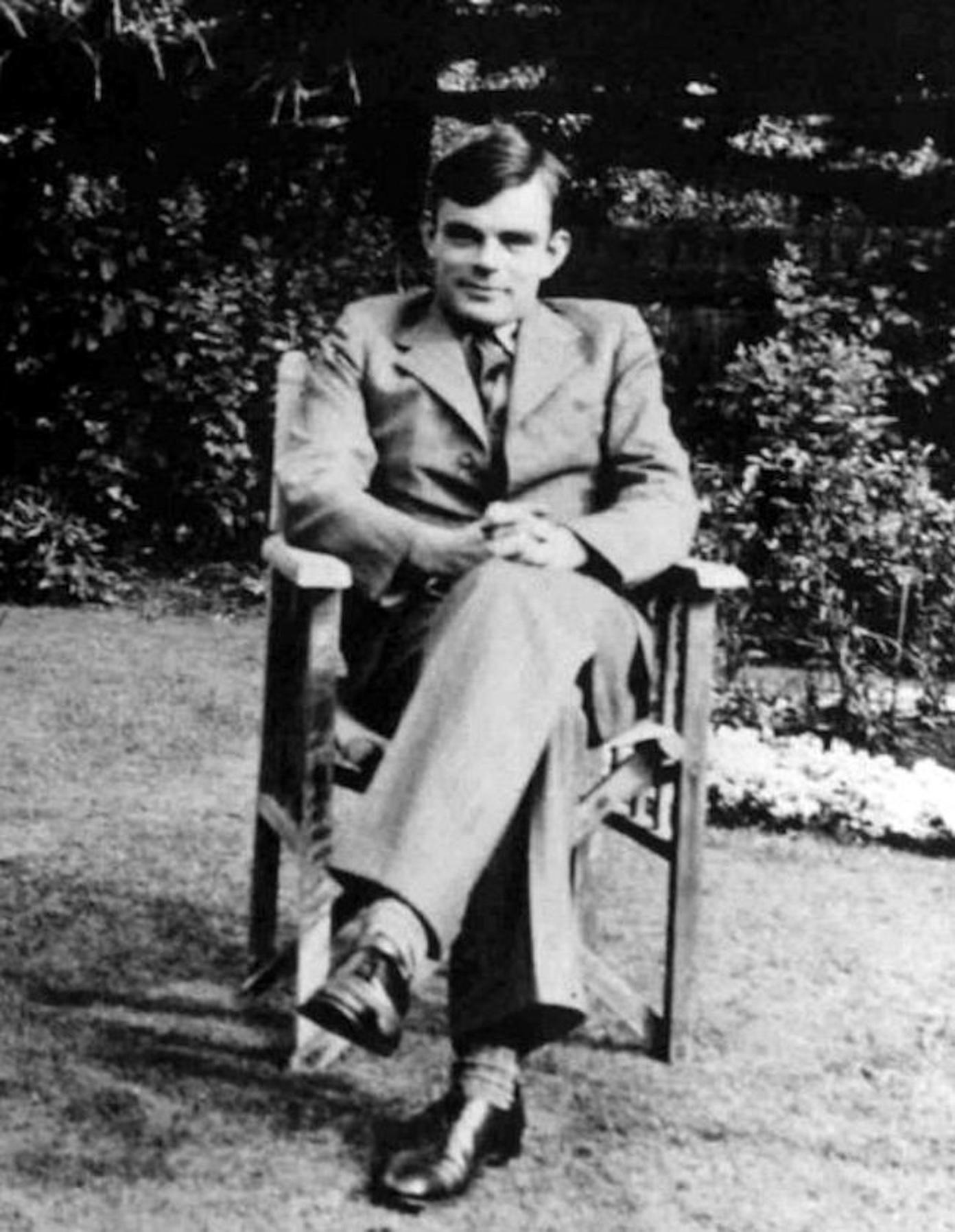 What is the Alan Turing Law?

Turing was convicted under Section 11 of the Criminal Law Amendment Act 1885.

The clause was introduced by MP Henry Labouchere on August 6, 1885, and provided for a term of imprisonment "not exceeding two years", with or without hard labour, for any man found guilty of gross indecency with another male, whether "in public or in private".

No definition was given of what constituted "gross indecency" but it was widely interpreted as any male homosexual behaviour short of actual sodomy, which remained a more serious and separate crime.

Around 75,000 gay and bisexual men were convicted under the Sexual Offences Act.

Of those,16,000 who are still alive will be asked to fill out a form to have the conviction removed from criminal records.

Pardons were automatically granted to 59,000 men who have passed away.

He was sentenced to two years' hard labour. 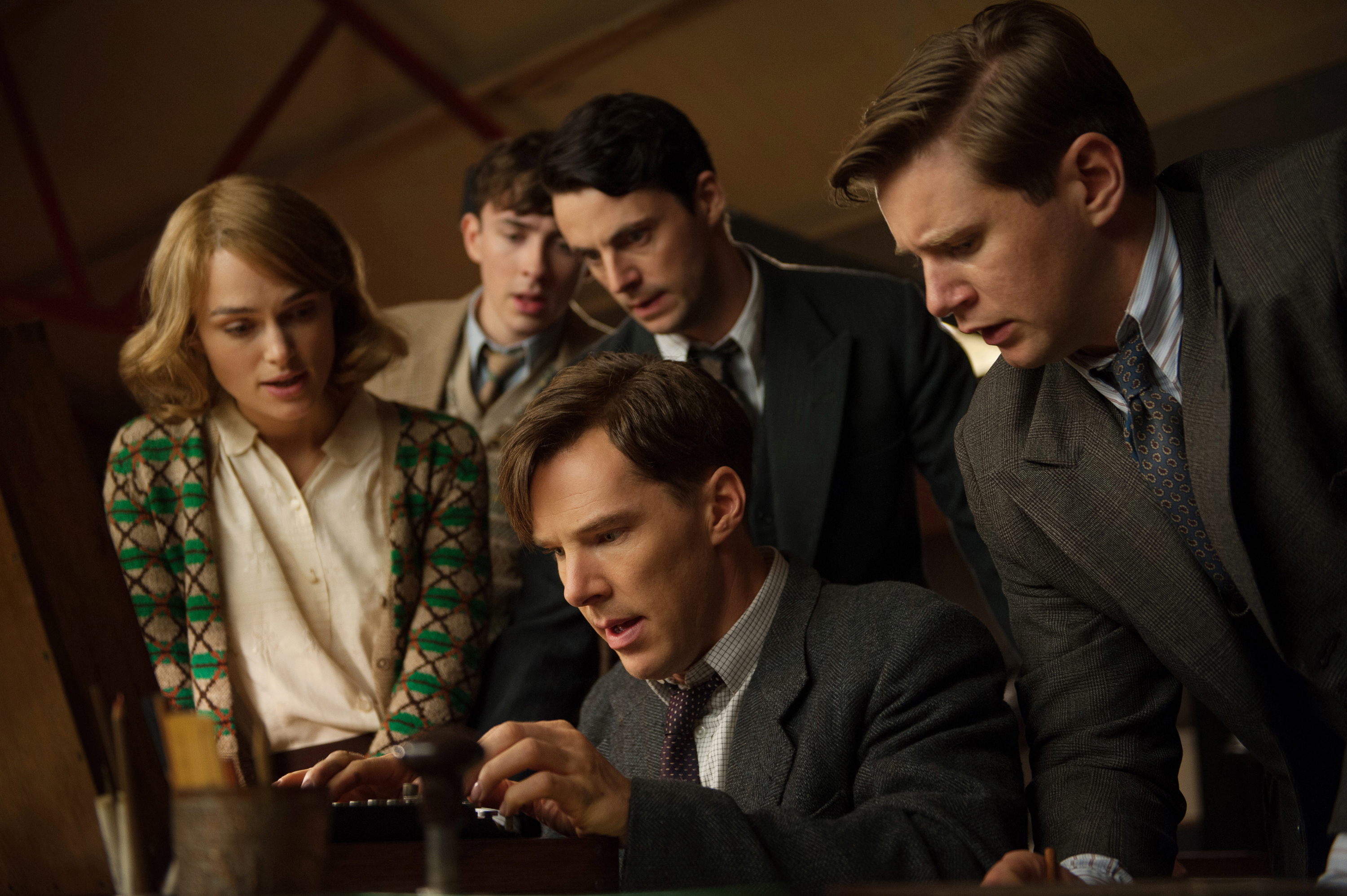 The campaign for pardons gained momentum thanks to backing by MPs and celebrities like Professor Stephen Hawking, Stephen Fry and Benedict Cumberbatch.

Nearly 50,000 campaigners delivered a petition to Downing Street before the 2017 general election.

The plan for an “Alan Turing law” was then outlined in the 2015 Conservative manifesto: “We will build on the posthumous pardon of Enigma codebreaker Alan Turing, who committed suicide following his conviction for gross indecency, with a broader measure to lift the convictions of this nature."

In 2013, Turing was granted a posthumous royal pardon – 61 years after he had been charged over homosexual activity.

Thousands of others were also pardoned after the Queen signed the Police and Crime Act into law.

All gay dead men convicted under laws which have now been repealed, will be granted an automatic pardon. 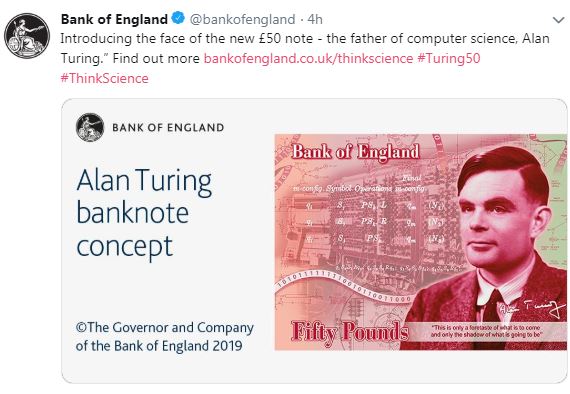 But those who are still alive have to apply to the Home Office to have their convictions removed.

He said: “We can never undo the hurt caused, but we have apologised and taken action to right these wrongs.

“I am immensely proud that Turing’s Law has become a reality under this Government.”

The Bank of England confirmed that the Second World War code-breaker will be the next person to feature on the £50 note.

The selection of the mathematician, who is often credited as being the father of computer science, was announced at the Science and Industry Museum in Manchester on July 15.

The new polymer £50 note is expected to enter circulation by the end of 2021.

It will feature a quote from Turing, given in an interview to the Times newspaper on June 11 1949: "This is only a foretaste of what is to come, and only the shadow of what is going to be."

What is The Imitation Game?

The Imitation Game is a 2014 film based on the 1983 biography Alan Turing: The Enigma by Andrew Hodges.
The title of the film quotes the name of the game Alan Turing proposed for answering the question "Can machines think?", in his 1950 seminal paper "Computing Machinery and Intelligence".

Alan Turing was portrayed by Benedict Cumberbatch in the movie, directed by Morten Tyldum and written by Graham Moore.