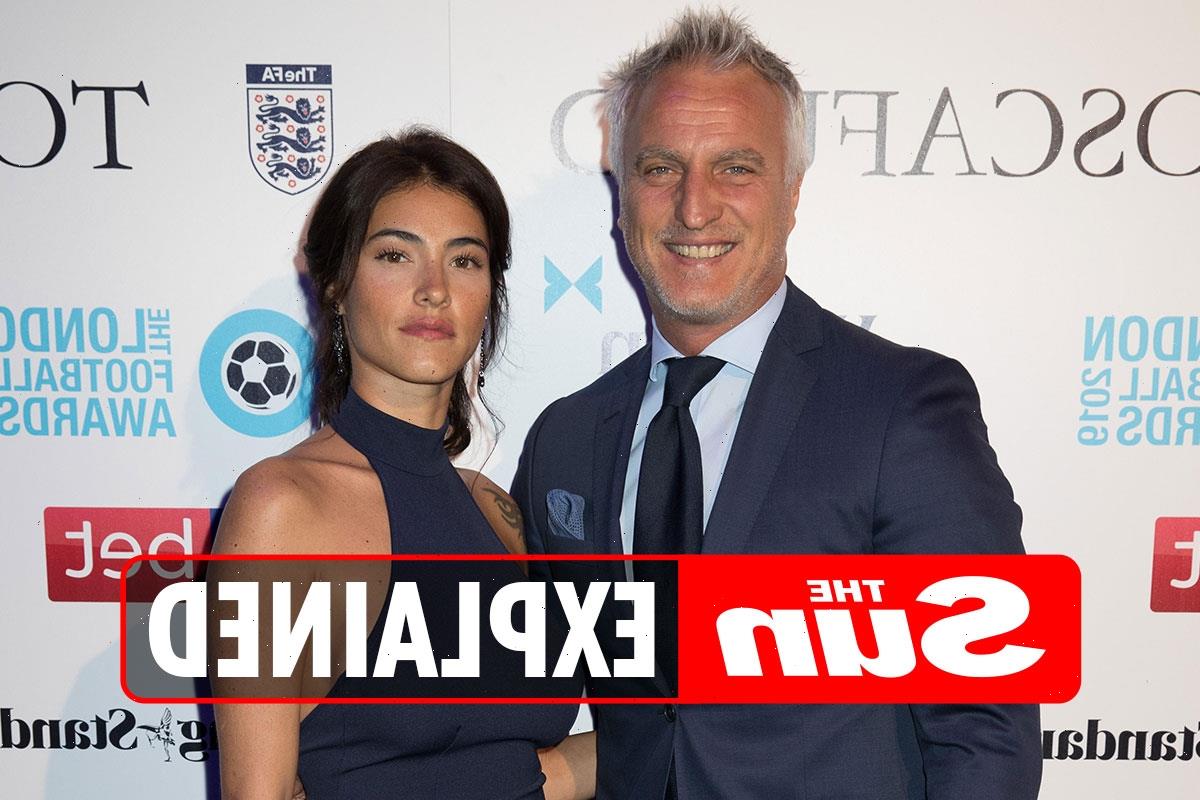 FOOTBALLING legend David Ginola is set to appear on this years I'm a Celeb 2021 despite his partner Maeva Denat fearing he will have another heart attack.

Here's everything you need to know about his mistress turned partner after leaving his wife for a French model.

Pictures emerged of the 54-year-old walking with his arm around the model 22 years his junior.

Maeva is a model and actress who moved to Paris for work.

Like David she comes from the south of France.

In a YouTube video “Maeva the Muse” she pouts for the camera in shots around Paris, at one point wearing nothing but a skimpy white vest.

The freckle-faced model has small tattoos of a heart and “peace-sign” fingers on her left arm, and a large inking on her right shoulder.

She is a mother-of-one and the pair are said to be love struck, despite the age difference.

A source told The Sun they had been an item for a few months.

When did they meet?

David was first spotted out on the town with Maeva in the French capital in September.

They went for a romantic meal following his appearance on the C à Vous programme on the France 5 channel.

Photographs showed him caressing his lover as she draped her arms around him.

The 'couple' are believed to sometimes stay at Maeva’s home in Marseille.

The couple welcomed a baby daughter in 2018.

Pin-up David and wife Coraline were married in 1991.

They have two children.

Their son Andrea – who lives in London – followed his father's footsteps and entered the sporting world, working as a football agent.