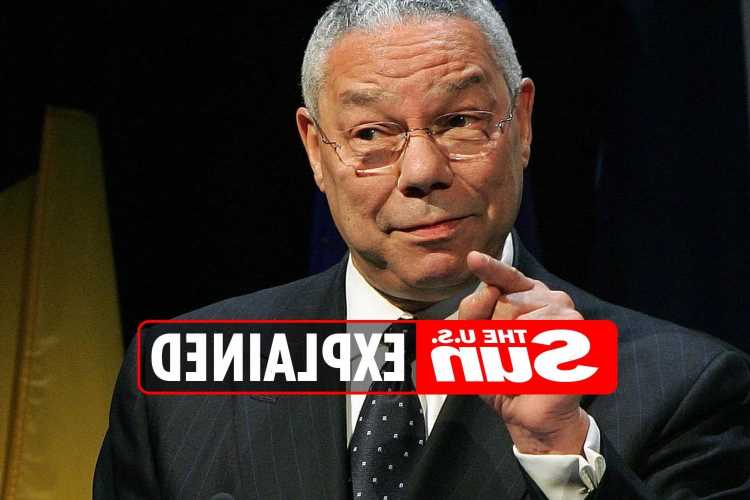 COLIN Powell was a former politician who made history as the first African-American secretary of state.

At the age of 84, Powell passed away and a memorial service was then held at Washington's National Cathedral to honor his life. 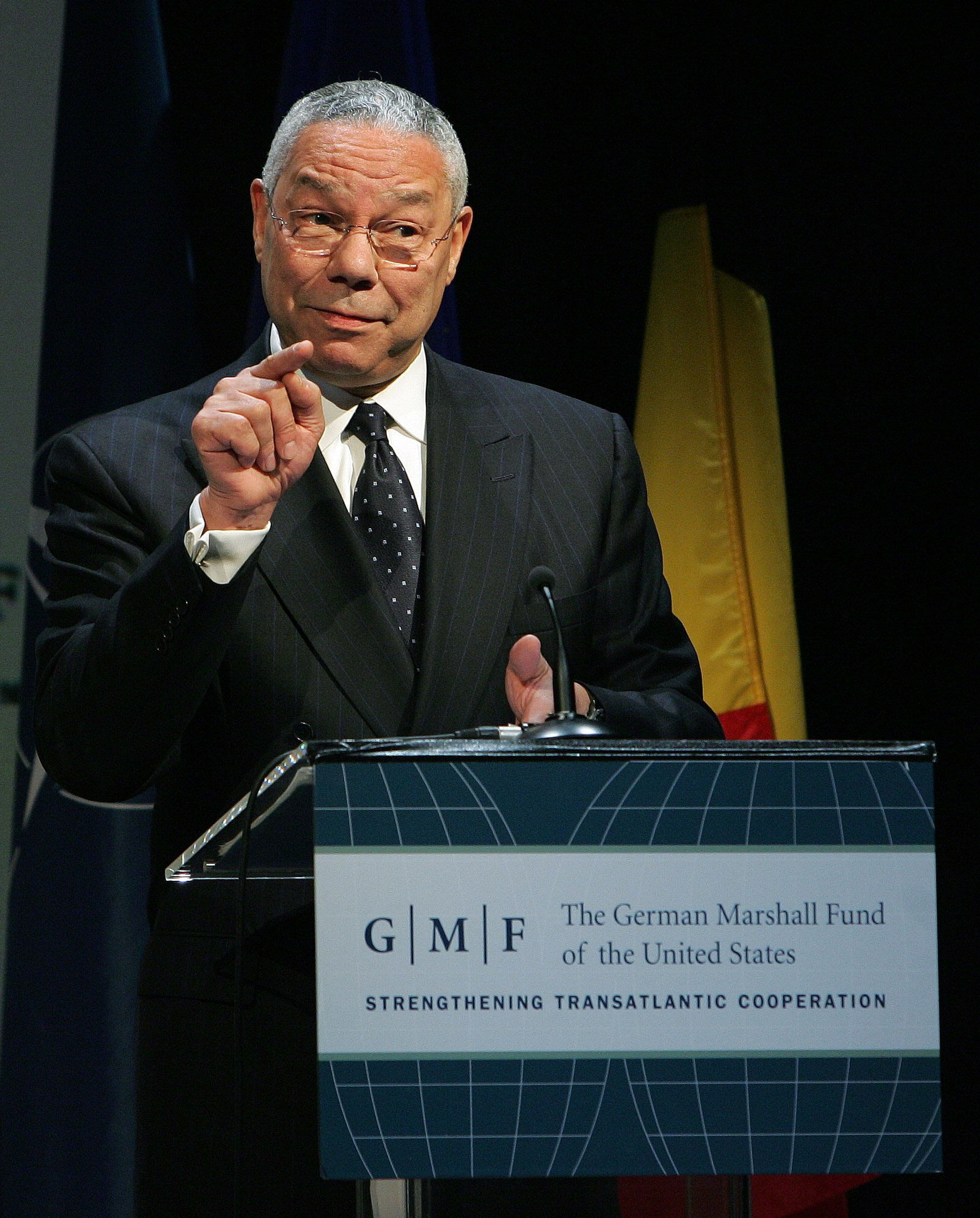 What religion was Colin Powell?

Powell was known as a member of the Episcopal Church, which is similar to the Catholic religion except they do not believe in the authority of the pope.

According to the church's website, Episcopalians believe in "loving, liberating, and life-giving God: Father, Son, and Holy Spirit."

Their faith also states that God loves you with no exceptions, including ones sexual identity and orientation.

In Powell's 1995 memoir, My American Journey, he reflected on his beliefs and opening up to readers about his upbringing.

“The higher the church, the closer to God; that was how I saw it," Powell wrote.

"I watched Mike and Linda assisting at Mass, and saw myself in my cassock waving the incense burner before the altar on Kelly Street," Powell recalled.

"The tradition had been passed to the next generation, from one St. Margaret's to another, like an endless stream.”

The Washington's National Cathedral, where Powell's service was held, is known as American cathedral of the Episcopal Church located in Washington, D.C.

What was Colin Powell's cause of death?

Powell's death was confirmed by his family in a social media post back on October 18, 2021.

It was revealed that he had passed away after suffering complications from a Covid-19 diagnosis.

"General Colin L. Powell, former U.S. Secretary of State and Chairman of the Joint Chiefs of Staff, passed away this morning due to complications from Covid 19," Powell's family wrote.

"We have lost a remarkable and loving husband, father, grandfather and a great American."

His family then went on to note that he was fully vaccinated but it was later said the former politician had also suffered from Parkinson's disease and multiple myeloma.

He is survived by his wife, their children and his grandchildren. 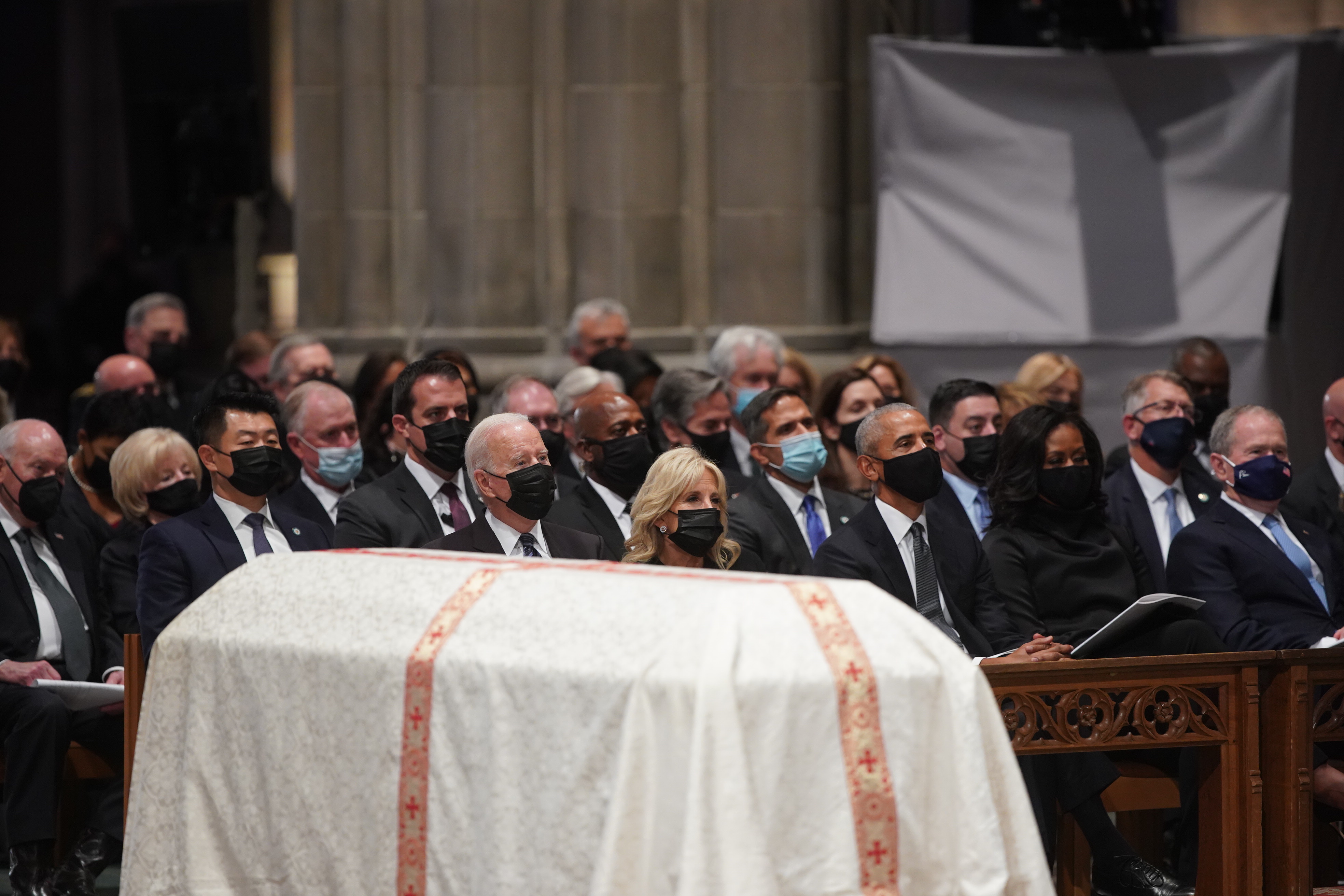 Who is Colin Powell's wife?

Since 1962, Powell had been married to Alma Powell.

Born October 27, 1937, outside of being known as Powell's wife, Alma is known as an American audiologist.

The Alabama native graduated from Fisk University in Nashville, Tennessee, and then went on to study speech pathology and audiology at Emerson College in Boston.

She is also known as an advocate for children and youth and currently serves as Chair of the Board of Directors for America’s Promise Alliance.

Throughout the course of their marriage, the couple welcomed three children including Annemarie, Michael, 58, and Linda, 55.

Annemarie and Linda went on to have careers in the entertainment industry while Michael decided to follow in his father's footsteps and went into the world of politics.