My wife and I rolled up to the surgical center before the sun had even risen on a Wednesday morning in September. It was years in the making, but I was finally getting the hysterectomy I so desperately needed. I was decked out in my best pair of sweatpants and ready to get those baby makers out of me, but I probably should have shaved my face first — because, yup, I’m a transgender man. 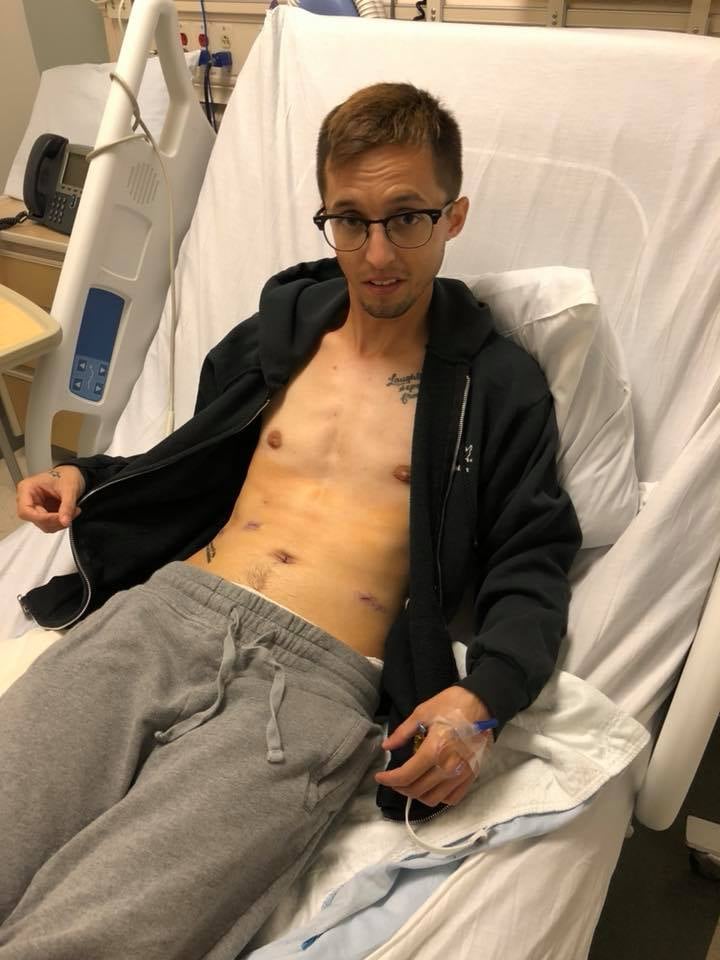 Why I Decided Surgery Was Right For Me

I’ve been dealing with ovarian cysts since I was 13 — and, as I mentioned, I’m not a woman — so I figured it was finally time to get these excess bits out of me. There was something unsettling about having multiple organs inside of my body that were literally doing more harm than good. When doctors find a tumor or cancerous mass inside someone’s body, they’ll remove it without question. That’s how I began to see my ovaries. Each month brought more pain, but it was a pain I didn’t feel comfortable discussing with my friends or coworkers. It was another reminder that, despite feeling comfortable with my outward appearance and passing as male, my internal anatomy was still fighting against me.

The ovarian cysts popped up every month, and the estradiol produced by my female organs was waging war with the testosterone I injected each week, which led to a lot of distress. I dealt with mood swings, digestive issues, depression, and just about everything else associated with both PMS and the typical male puberty. My body had no idea what to do with itself, and it was finally time to fix that.

After experiencing yet another cyst rupture at age 29, I made an appointment with the ob-gyn team at my medical center, and we scheduled a total laparoscopic hysterectomy for a few months later. I realized the one thing that made this entire surgery so uncomfortable was the same thing that made the surgery possible through my insurance: being a transgender male. I was told by the surgical coordinator that because my surgeon stated that this was a transition-related surgery, instead of a surgery to prevent ovarian cysts, my insurance covered it. If he were to say that this was a preventative surgery, my insurance likely would have denied the coverage and I would have been left paying almost $20,000 out of pocket for a surgery that will eradicate a lifetime of pain.

It’s strange to think that if my wife were to go to her ob-gyn and request a hysterectomy due to ovarian cysts, her request would likely be declined in favor of “less extreme options” — cheaper and often less effective options, to be clear — like birth control.