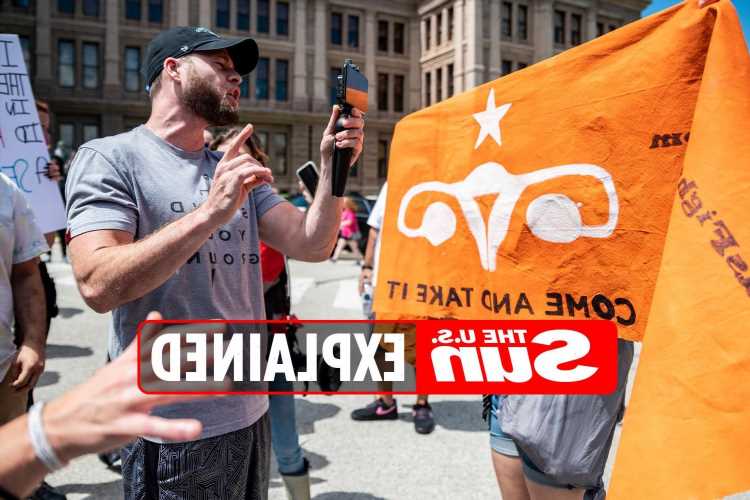 TEXAS announced their strictest abortion law to date on September 1, 2021.

The new law is the most restrictive abortion ordinance in the United States.

What is the Texas abortion law?

Texas passed a law banning abortion from as early as six weeks.

It bans abortions after the detection of the "fetal heartbeat," which some medical authorities have deemed misleading.

The law took effect after the Supreme Court did not respond to an emergency appeal by abortion providers.

It gives any individual the right to sue doctors who perform an abortion past the six-week point.

The law, known as the Heartbeat Act, was signed into effect by Texas governor Greg Abott in May 2021.

Planned Parenthood and the American Civil Liberties Union (ACLU), then requested that the Supreme Court block the legislation.

On September 1, the ACLU confirmed that the court had "not responded to our request", adding: "Access to almost all abortion has just been cut off for millions of people."

The group have described the lawas "blatantly unconstitutional."

Texan women who wish to have an abortion after six weeks will need to travel across state lines to find a physician or clinic that can perform the procedure.

What is the penalty for breaking the Texas abortion law?

Americans may be able to seek up to $10,000 in damages in a civil court against abortion providers as well as anyone who "aides and abets" an illegal abortion.

In theory, this could mean clinic staff and family members could all be targeted for a law suit.

The ACLU have said that the law will encourage "a bounty hunting scheme" of costly "vigilante lawsuits" designed to harass women seeking an abortion.

What did people say about the law?

A poll from the Pew Research Center indicates that nearly six in 10 Americans believe abortion should be legal in all or most cases.

In Texas, an April poll by KXAN found that over 50 percent of the state's voters support a six-week ban on abortions.

Planned Parenthood also condemned the ban, tweeting: "No matter what, we aren't backing down and we are still fighting. Everyone deserves access to abortion."

"Good morning and Happy Hump Day to everyone EXCEPT the American Taliban in Texas, who have just made a Woman's right to choose and control her own body illegal. If you're not furious, you're not paying attention," one Twitter user wrote upon learning the news.

"What lawmakers are doing in Texas is the real war against #Freedom. Women controlling their bodies AND the right to vote are the most central of freedoms," New York politician Maya Wiley tweeted.

"The impact of this will truly be devastating for so many women and families. #roevswade has been officially overturned in #Texas. I am afraid this is just the beginning," a user posted.

One user simply wrote: "Texas, where a uterus is more regulated than masks and guns."