PAUL Gascoigne has battled with alcohol addiction and mental health issues for more than 20 years, with a number of controversies keeping him in the spotlight even after he retired from football.

The troubled ex-England midfielder has been in and out of hospital and rehab in a bid to “get free of his demons” but how much is the star worth? 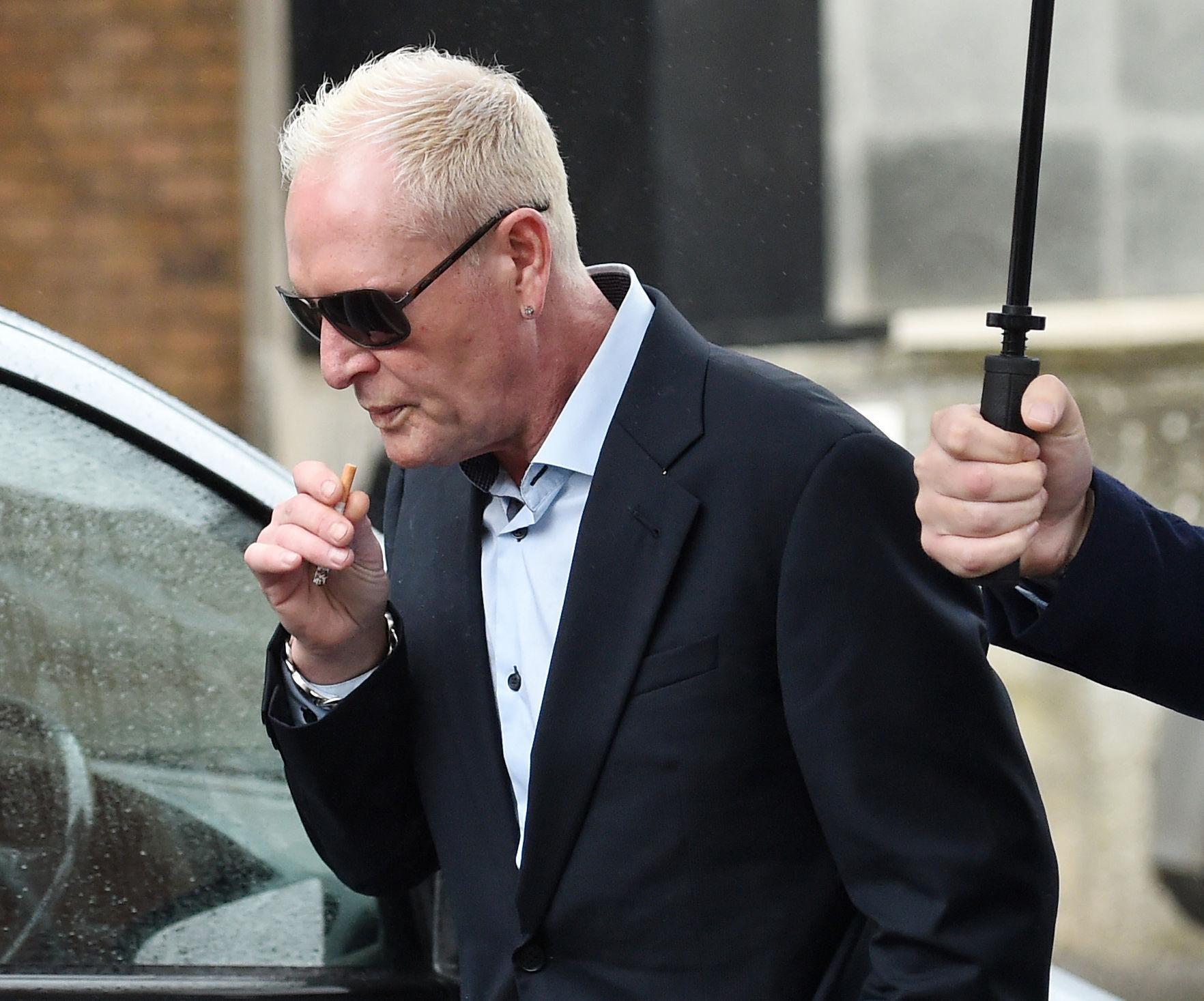 Who is Paul Gascoigne?

Born on May 27, 1967, Paul – affectionately known as Gazza -has adorned the back pages, and has been described as the most naturally gifted English footballer of his generation.

The star was born and raised in Gateshead, Tyne and Wear, and started his career at Newcastle United as a schoolboy before turning professional with the club in 1985.

His struggle with addiction has been widely publicised and is rooted in his past trauma.

He had a troubled childhood, and his early life was spent sharing a single room in a council house with his family.

When he was 10, the brother of a friend, Steven Spraggon, was killed by an ice-cream van while out with Gazza – something he felt was his fault and left him wracked with guilt.

Gascoigne developed a twitch, was unable to sleep, and started stealing to fund an addiction to gambling machines.

But despite being taken into therapy, he quit the sessions after his dad expressed doubts over the treatment.

Gazza was diagnosed with bipolar disorder in 2001, and has also suffered from obsessive compulsive disorder, depression and bulimia. 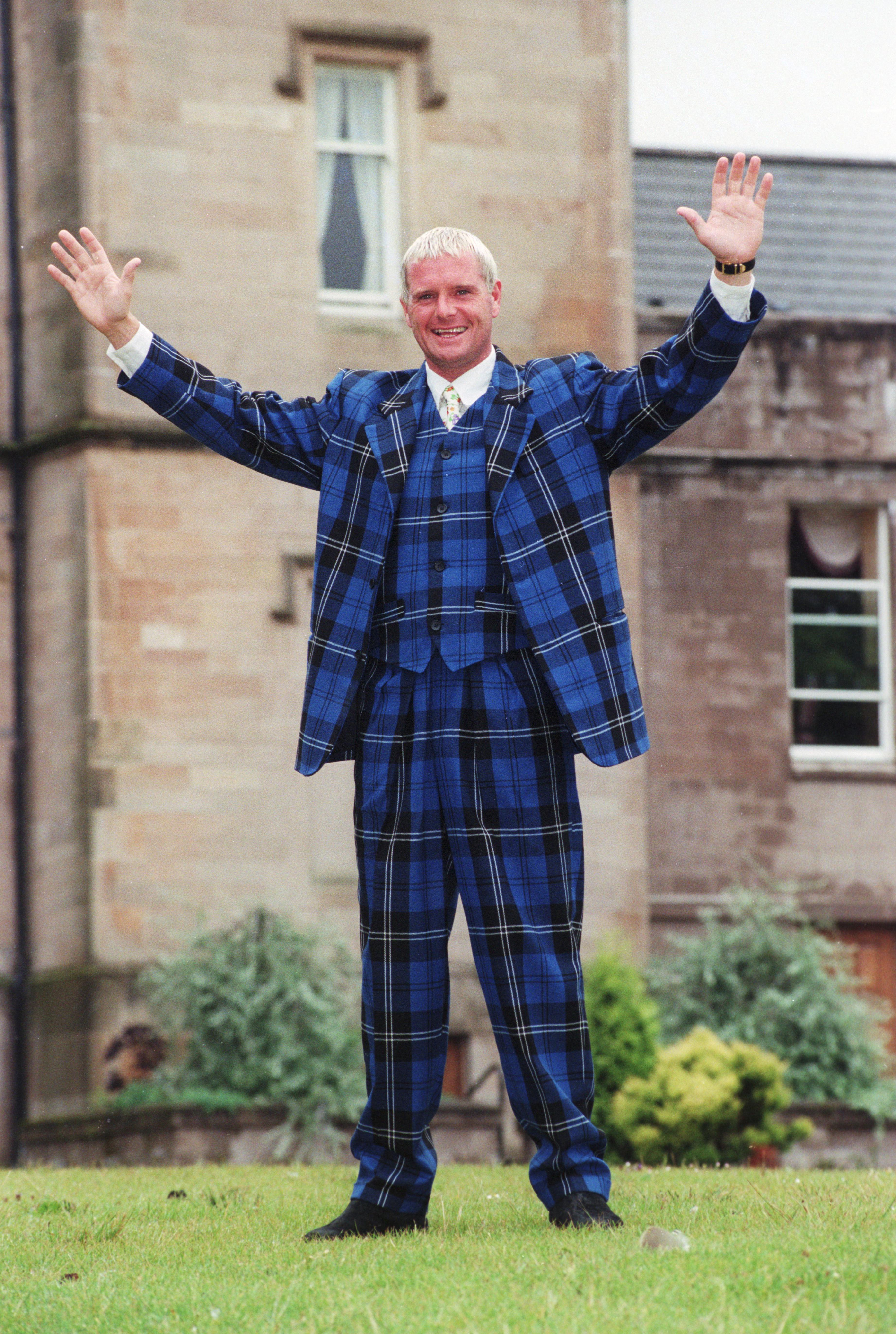 What is Paul Gascoigne's net worth?

His wealth was acquired mostly through being a footballer in the 80s and 90s.

Who did Gazza play for?

In 1988 he joined Tottenham Hotspur for a record British fee of £2.2million, winning the FA Cup.

His club career took him to Lazio and later Rangers, where he won two Scottish titles and two trophies.

Gazza returned to the Premier league to play for Middlesborough and Everton, followed by spells with Burnley, Gansu Tianma in China and non-league side Boston United, before retiring from professional football.

He spent two months as player-coach at the newly-founded Portuguese team Algarve United, but a contract never materialised so he left.

Gazza made his England debut in 1988 and was capped 57 times, scoring 10 goals and helping his side to the semi-final of Italia 90.

It was during England's semi-final clash with West Germany that Gazza won the hearts of fans after a booking caused him to burst into tears on the pitch.

The yellow card meant he would have been banned from playing in the final if England had made it, but they went out on penalties.

The club's owner claimed Gazza drank almost every day during his tenure.

In 2010 he was almost appointed manager of Garforth Town but turned down the offer. 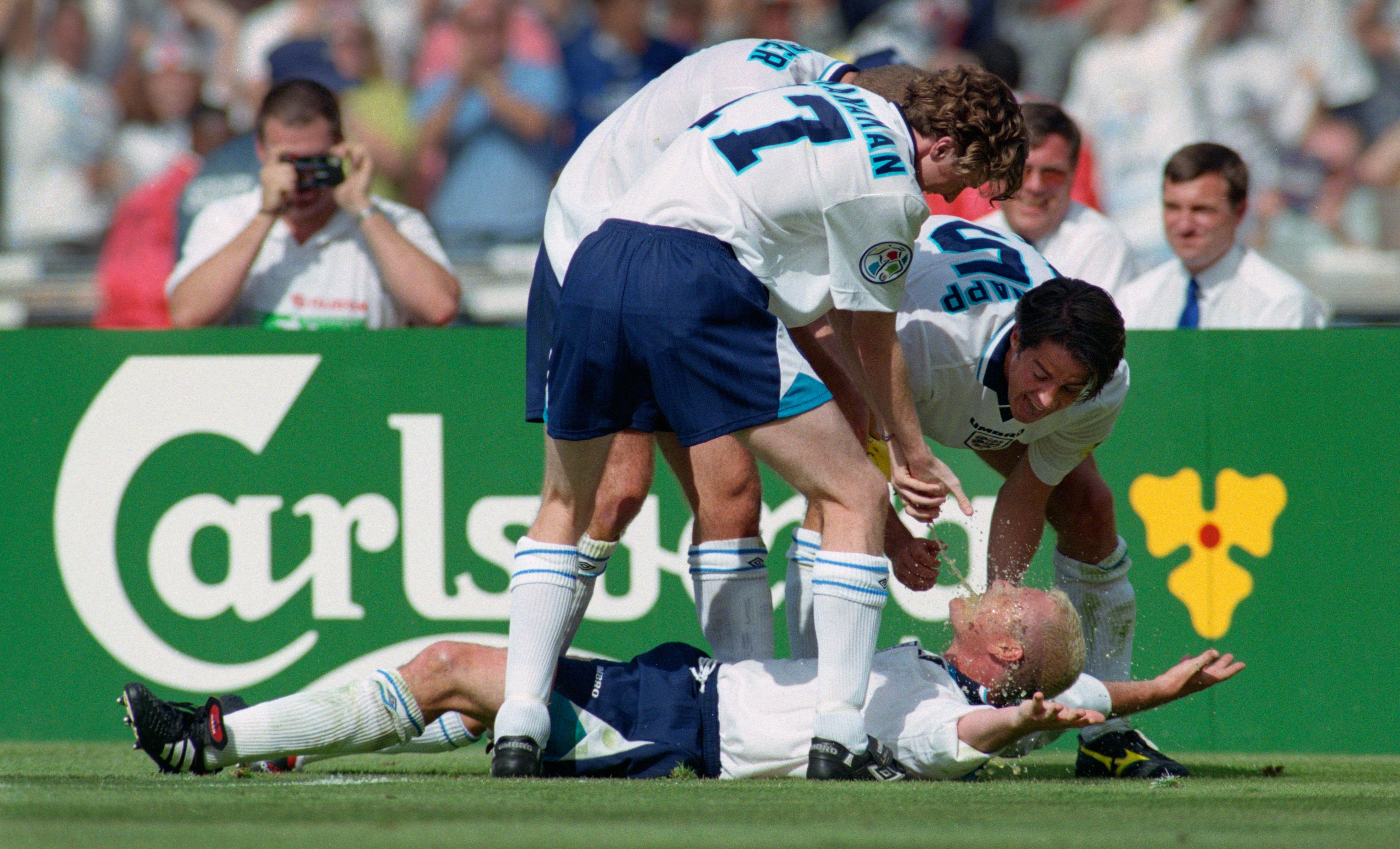 Does Gazza have children?

Two of them are stepchildren from his marriage to Sheryl Gascoigne – Celebrity Big Brother star Bianca and her brother Mason.

Sheryl and Gazza also had a child of their own, Regan.

In 2018, Gazza began dating art gallery boss Sara Lovatt, but he revealed on August 9 the same year that they had ended the relationship.

What controversies has Gazza caused?

Gazza became known for his outlandish celebrations including the "dentist's chair" in Euro 1996.

The celebration saw him mimicking an infamous team night-out which saw him allegedly strapped to a chair while a barman poured tequila down his throat.

But the consequences of another of his celebrations were much more sinister than a few tabloid front pages.

Gazza received a death threat from the IRA after his infamous “flute-playing” antics while playing for Rangers in a powder-keg Old Firm clash in 1998.

It was a reference to the protestant Orange walk marchers playing the Sash – and an attempt to wind up the home crowd at Celtic Park.

The police even gave him a special mirrored device to check under his car for bombs in the aftermath of the game.

One of the troubled star's most bizarre antics came during murderer Raoul Moat's stand-off with police.

Gazza revealed he snorted 14 lines of cocaine before attempting to intervene in the armed siege – bringing a fishing rod and cooked chicken. 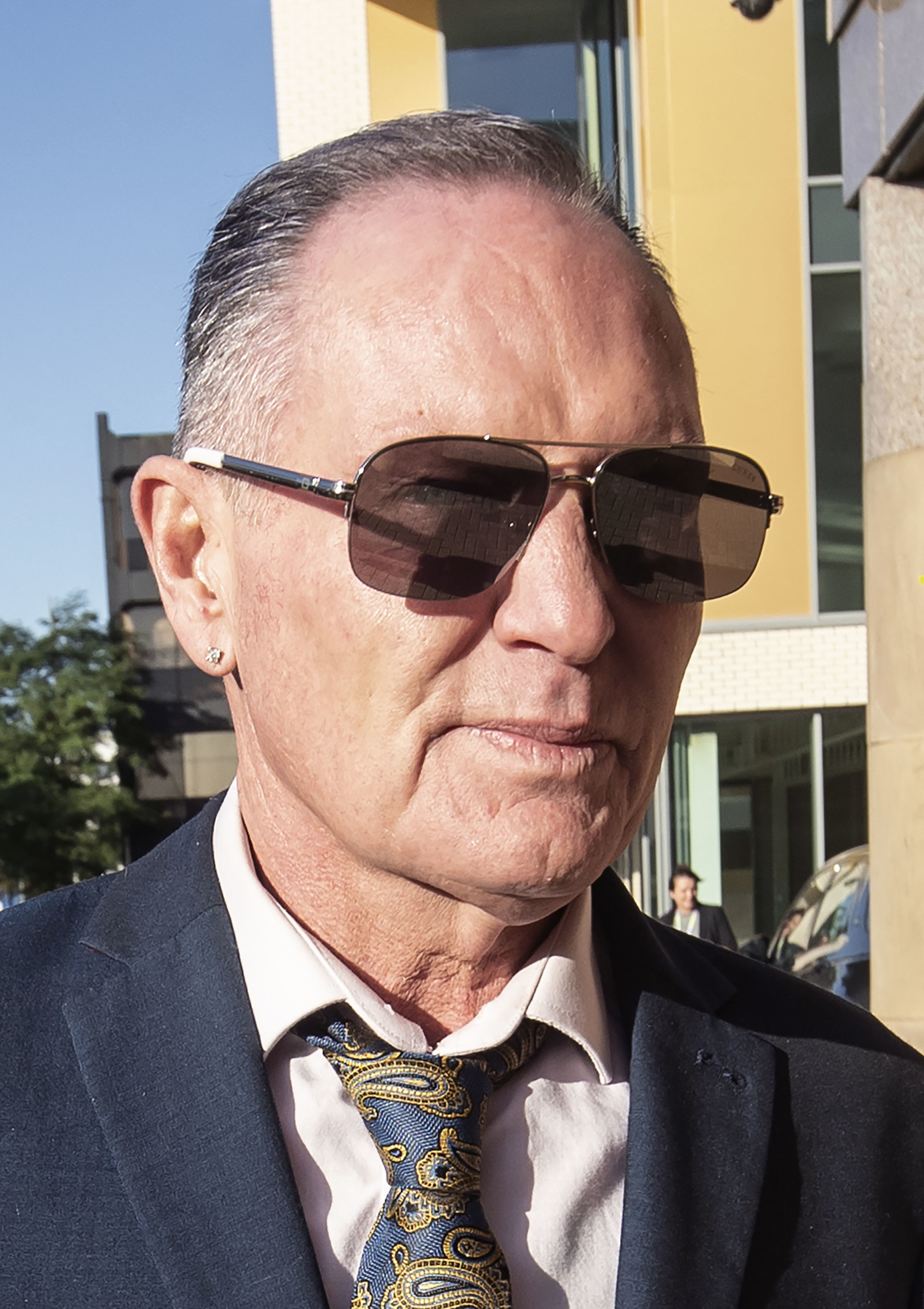 In 2019 Paul Gascoigne was found not guilty of sexually assaulting a woman on a train.

He was accused of forcefully and sloppily kissing the stranger while he was drunk on a York to Durham train.

The ex-footballer claimed to have heard a man make an abusive comment about the woman's weight and, to boost her confidence, he gave her a kiss on the lips, before telling her she was neither fat nor ugly.

Gascoigne wept in the dock when the jury foreman announced the not guilty verdict for the sexual offence after a four-day trial.

What other controversies has Gazza been involved in?

Gazza gained a reputation as a playboy and party animal during his playing days in the 1980s and 1990s and after: 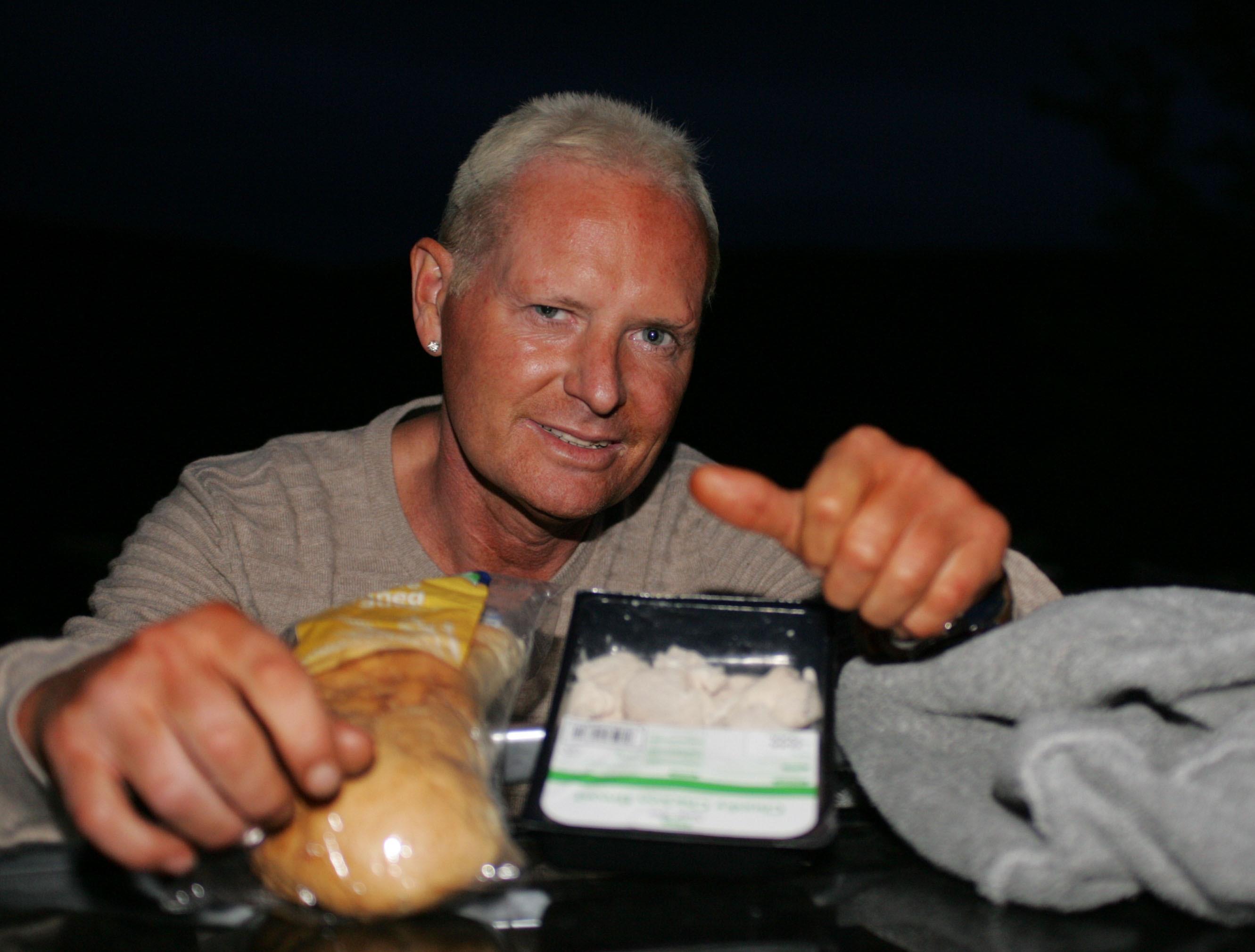 Why was Gazza's house robbed?

Paul was robbed of £140,000 worth of jewellery, some of which belonged to his late dad – Paul has made a plea, asking for these items to be returned.

Police think it's possible a snap shared by Piers Morgan, alerted thieves that Paul wasn't home in his flat, which is in Poole, Dorset.

Piers has since made a plea to the public to help find these criminals.