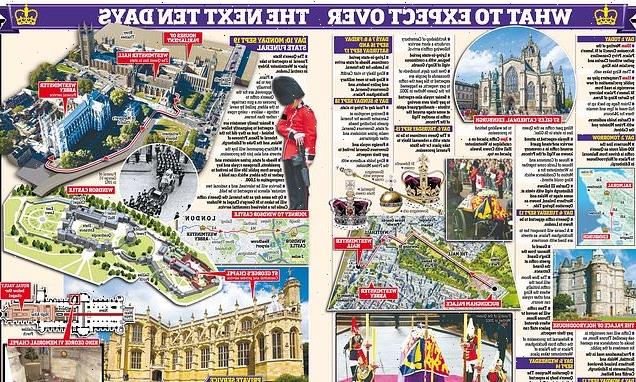 What happens next? Day 1 of mourning the Queen’s death will see Charles proclaimed King at St James’s Palace before he meets with Liz Truss and her Cabinet and holds his first Privy Council, ahead of his mother’s funeral, expected on Monday, September 19

The Queen died aged 96 on Thursday and King Charles III is now the new monarch. Below is a graphic that details the day-by-day account of what is expected to happen next, leading up to the Queen’s funeral planned for September 19.

The day of death is traditionally D-Day or D+0, but since the announcement came late in the day – at 6.30pm – plans for the complex arrangements, known as Operation London Bridge, were shifted back a day, meaning today is D+1.

Day 1 will see Charles proclaimed King at St James’s Palace before he meets with Liz Truss and her Cabinet and holds his first Privy Council.

Yesterday, King Charles III and Queen Consort Camilla returned to London from the Queen’s bedside in Balmoral, where Charles had an audience with the new prime minister, Liz Truss, and he addressed the nation for the first time as king. 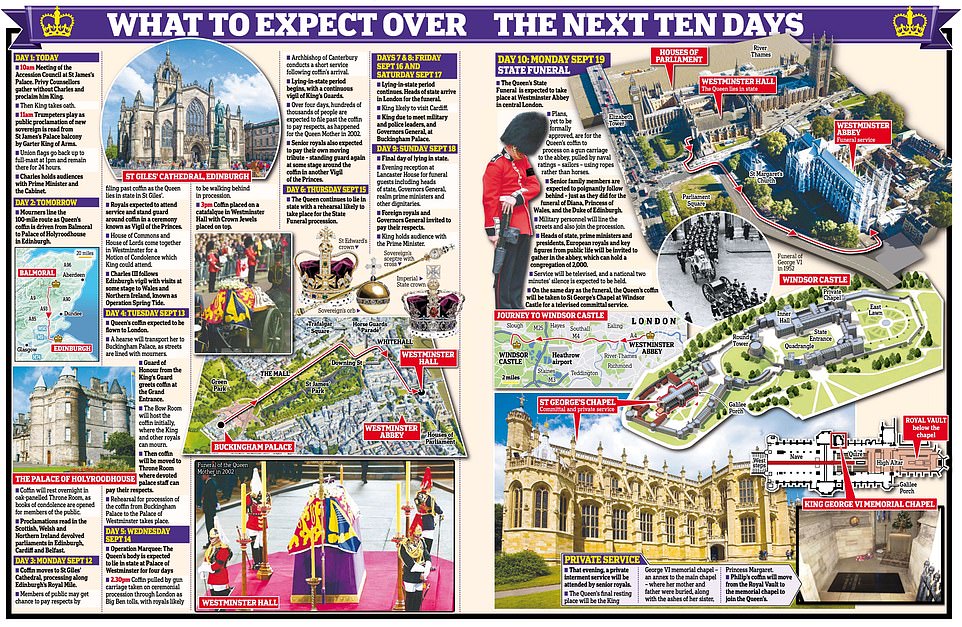