But what is nitrous oxide, how dangerous is it and where did it get its nickname? Here's everything you need to know. 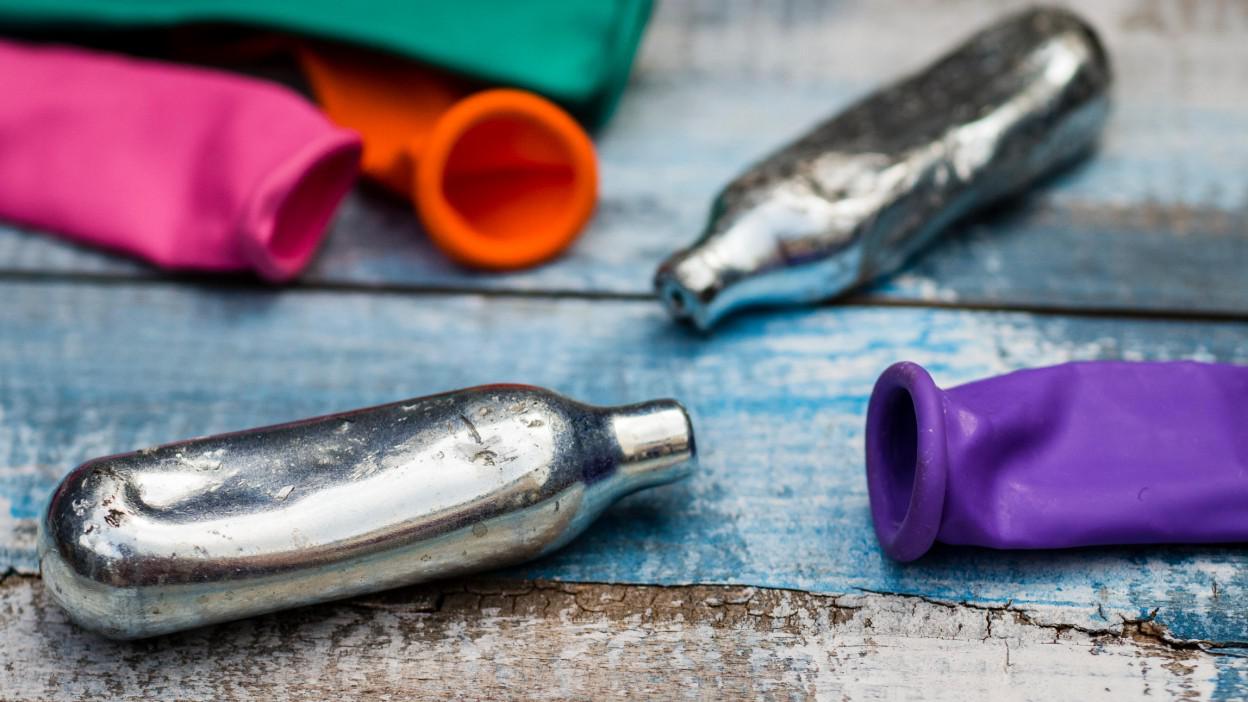 What is nitrous oxide?

Nitrous oxide is a colourless gas that when inhaled can make people feel euphoric and relaxed.

The effects of the gas have seen it nicknamed "laughing gas", but it can also cause some people to have hallucinations.

The effects are caused by the drug slowing down the brain.

Nitrous oxide is normally bought in pressurised canisters. It is then transferred to a container such as a balloon to be inhaled.

There are legitimate uses for nitrous oxide, including numbing pain during medical procedures, use in catering aerosol cans and in engines.

But it is illegal to sell or import the drug for human consumption.

The law that bans these kind of drugs will be reviewed after two separate trials collapsed under the legislation.

Courts heard a subsection of the Psychoactive Substances Act exempts medical products defined as "restoring, correcting or modifying a physiological function by exerting a pharmacological, immunological or metabolic action".

And as the gas is used by doctors for pain-reliving properties, it is exempt from the ban, lawyers argued.

The Home Office released a statement saying: "Nitrous oxide is covered by the Psychoactive Substances Act and is illegal to supply for its psychoactive effect.

"However, the Act provides an exemption for medical products. Whether a substance is covered by this exemption is ultimately one for a court to determine based on the circumstances of each individual case".

In December it was revealed Arsenal footballers passed out inhaling “hippy crack” from balloons at a wild champagne and vodka party.

How dangerous is nitrous oxide and what are the side effects?

Nitrous oxide can cause dizziness and affect your judgement, creating a risk of accidents.

In large quantities it can also cause the user to faint or pass out.

If nitrous oxide is inhaled through the mouth from a pressurised gas canister or in a confined space it can cause sudden death through lack of oxygen.

Heavy, regular use of the drug can cause a deficiency of vitamin B12 and a form of anaemia.

Severe vitamin B deficiency can cause serious nerve damage.

One woman was left paralysed from the chest down after inhaling 15 balloons of 'hippy crack' every weekend.

Nitrous oxide is often referred to as 'hippy crack'.

There is some debate about how the term came into use, some argue that hippy refers to the laid back stereotypical user while crack is a reference to the drug's quick onset.

The drug may also be called whippits, laughing gas or chargers.