They are among 12 species on the first "red list" for wild mammals currently battling for survival in the UK. Here's what we know… 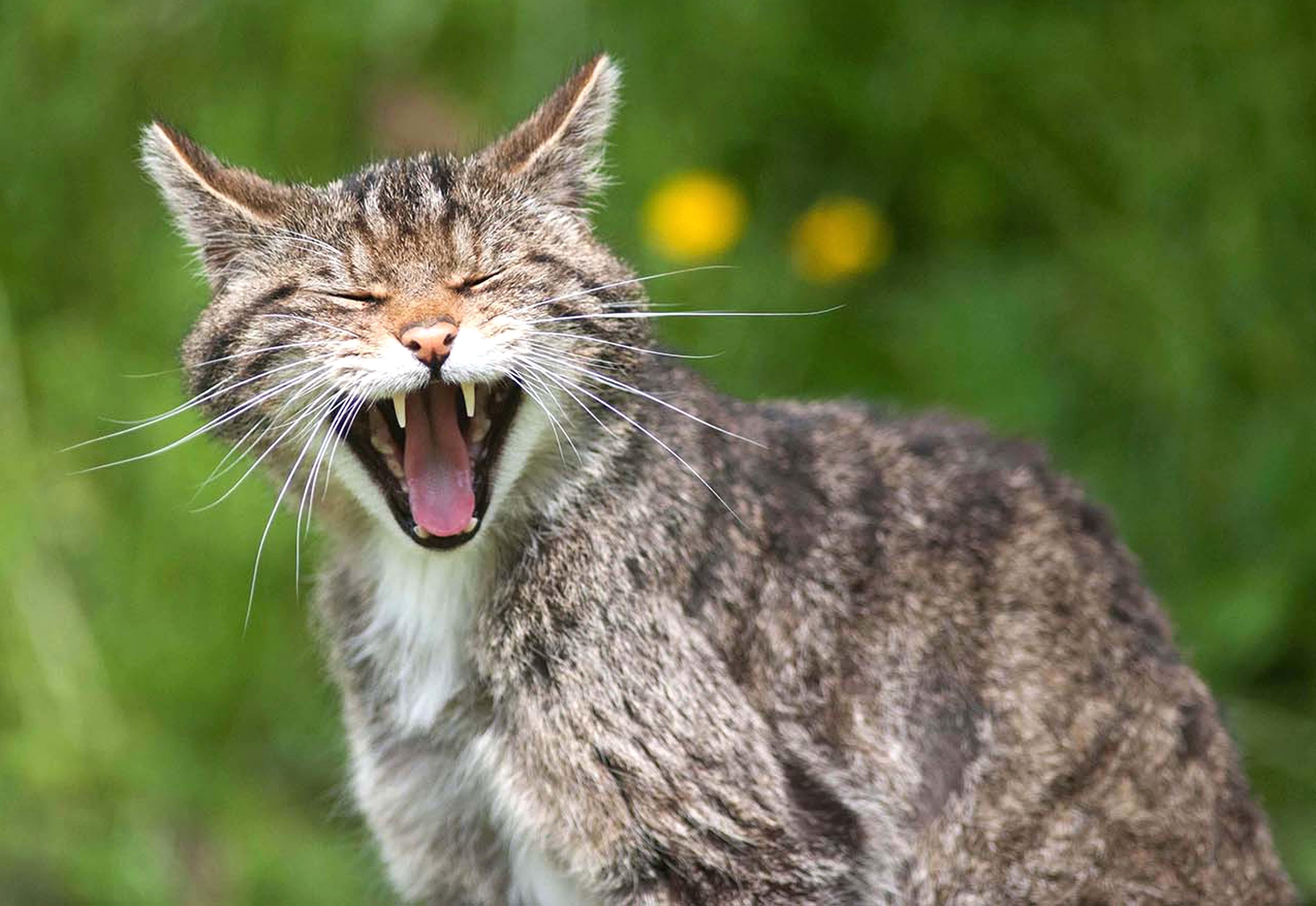 What animals are now facing extinction in the UK?

The Mammal Society and Natural England study said almost one in five British mammals was at risk of extinction.

Climate change, loss of habitat, use of pesticides and disease are to blame for the shocking demise in numbers.

It reports the hedgehog and water vole have seen their populations decline by almost 70 per cent in two decades.

Any species on the "red list" is deemed "threatened" and faces possible extinction within just 10 years.

Three species were given "critically endangered" status. They are the wildcat, the greater mouse-eared bat and the black rat.

The next highest threat level is "endangered". Listed here is the red squirrel, the beaver, water vole and grey long-eared bat. 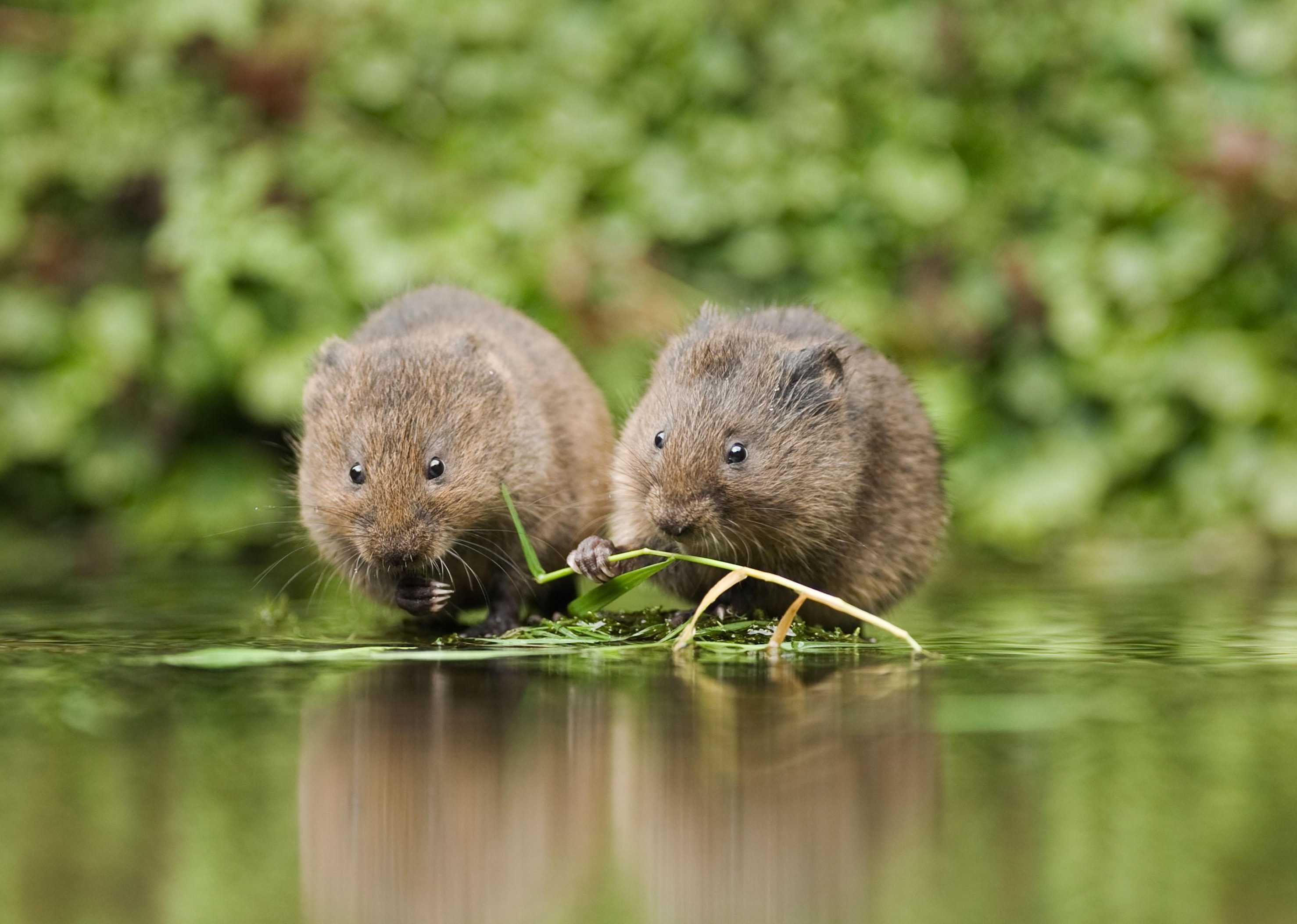 What animals have already become extinct in Britain?

More than 420 beasts, birds, bugs and plants have disappeared from the English countryside in the last 200 years alone.

Well-known creatures such as the great auk, coypu and the large tortoiseshell butterfly have all died out in the UK.

However, if the timeline is extended back a further 800 years the figures are a lot more shocking.

Here are just some of the magnificent beasts driven to extinction in Great Britain since the year 1,000. 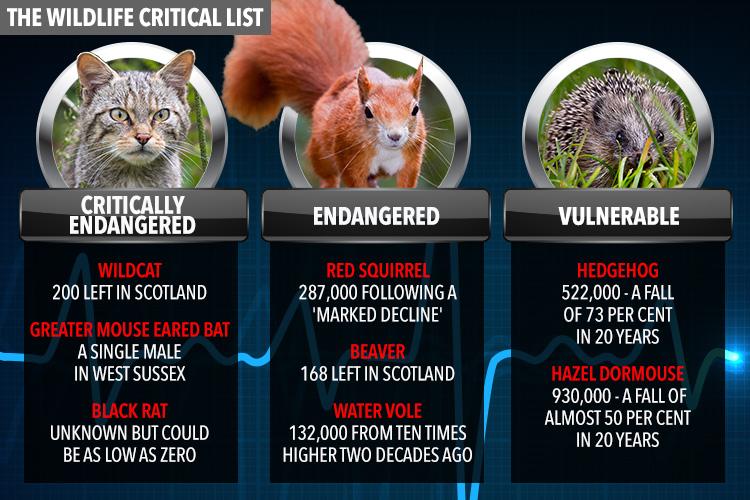 What are the most endangered animals in the world?

The only hope of reviving the population is through human intervention using IVF.

The vaquita – a very rare porpoise discovered in 1958 – and the Javan rhino are deemed most in danger of going the same way. 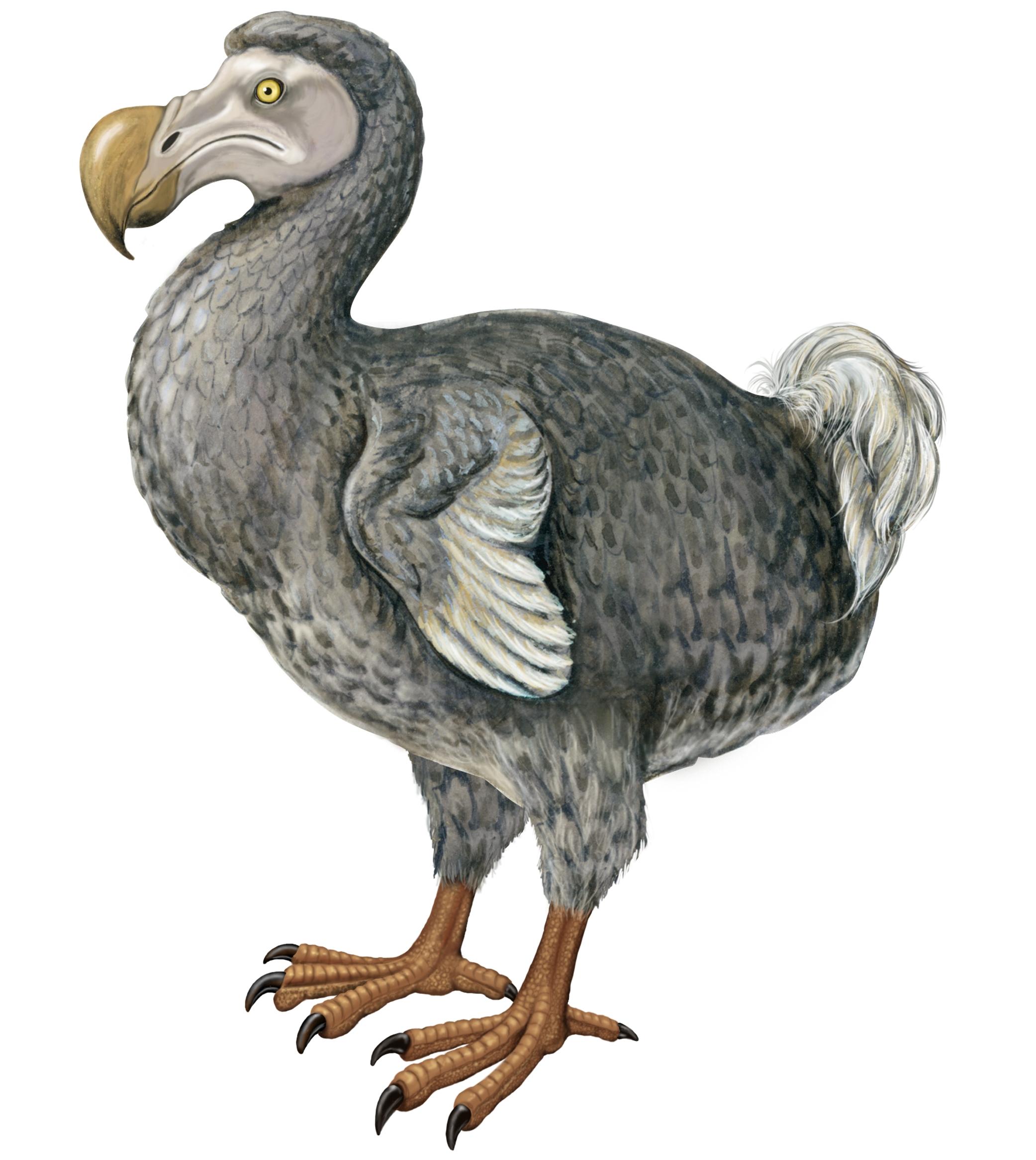 What happened to the dinosaurs and the dodo?

It’s now commonly accepted the dinosaurs were wiped out by an enormous asteroid impact around 66 million years ago.

The space rock was travelling at 40,000mph when it smashed into Earth – piercing a hole 20 miles deep and 120 miles across.

This would have created a deadly radiation fireball burning at 10,000°C  – frying everything within a 600 mile radius.

The blue planet turned grey with debris and after the hot skies cooled, ash and dust would have completely blocked the sun.

The disaster eventually wiped out the dinosaurs while most mammals, turtles, crocodiles, salamanders, and frogs survived.

Dutch sailors probably first encountered the Dodo on the island of Mauritius in 1598, marking the beginning of the end for the species.

The sailors themselves did not make much of a contribution to the trusting dodo's extinction – although they did devour quite a few.

The problem was the ship rats and other animals they brought with them, which spread across the island, eating dodo eggs and the bird's food.

The last confirmed sightings came in the 1660s.