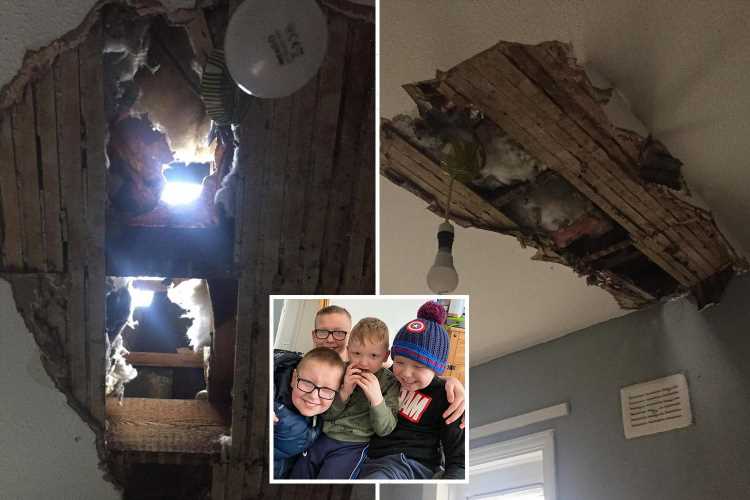 A FAMILY were horrified when a mummified rat fell through their ceiling when they were left with a huge metre-long hole in the roof after Storm Arwen blew the tiles off.

Mum-of-four Amy Punton says they have been left for six weeks exposed to the wind and rain with muck and debris dripping in, unable to get it fixed. 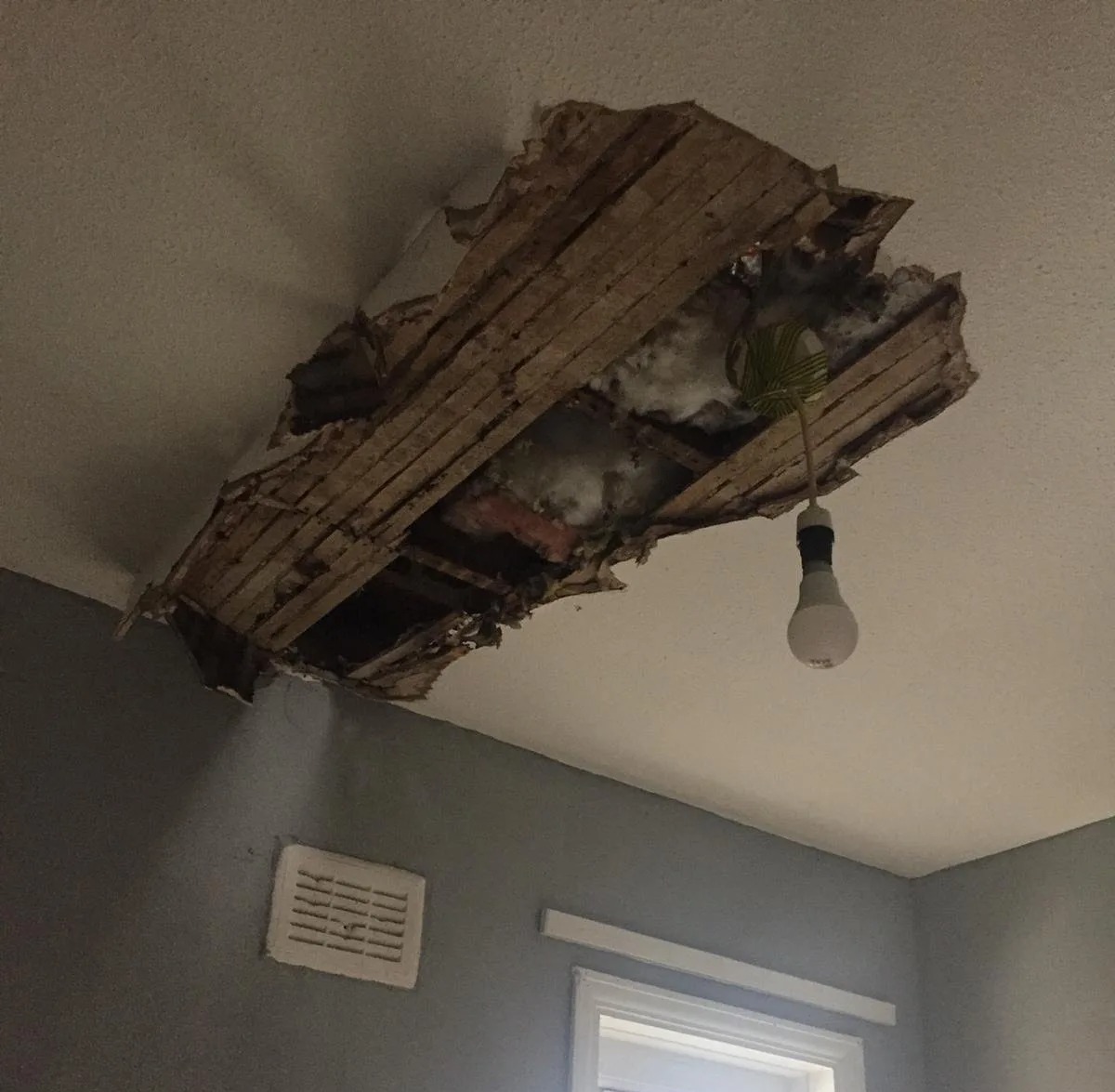 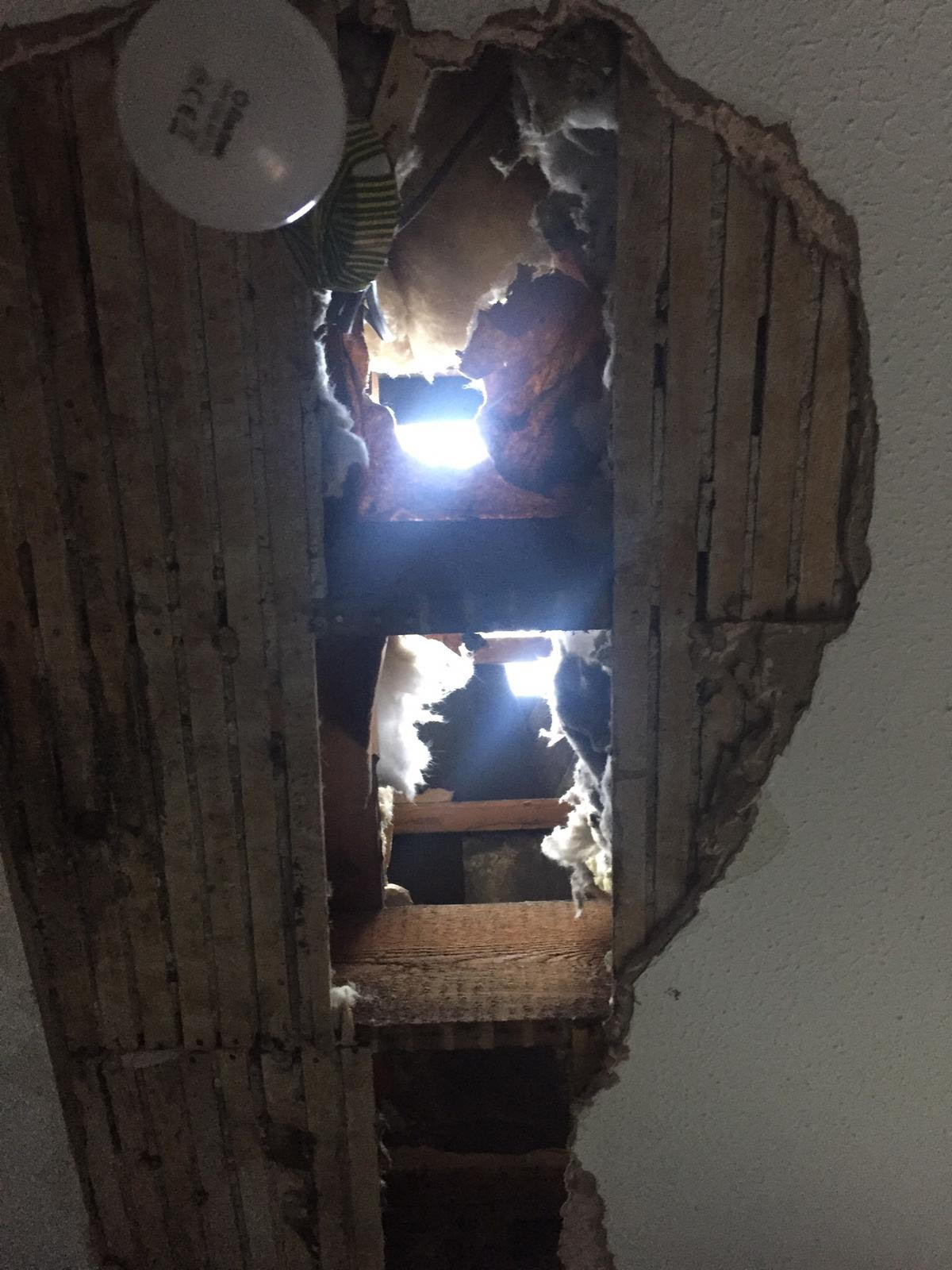 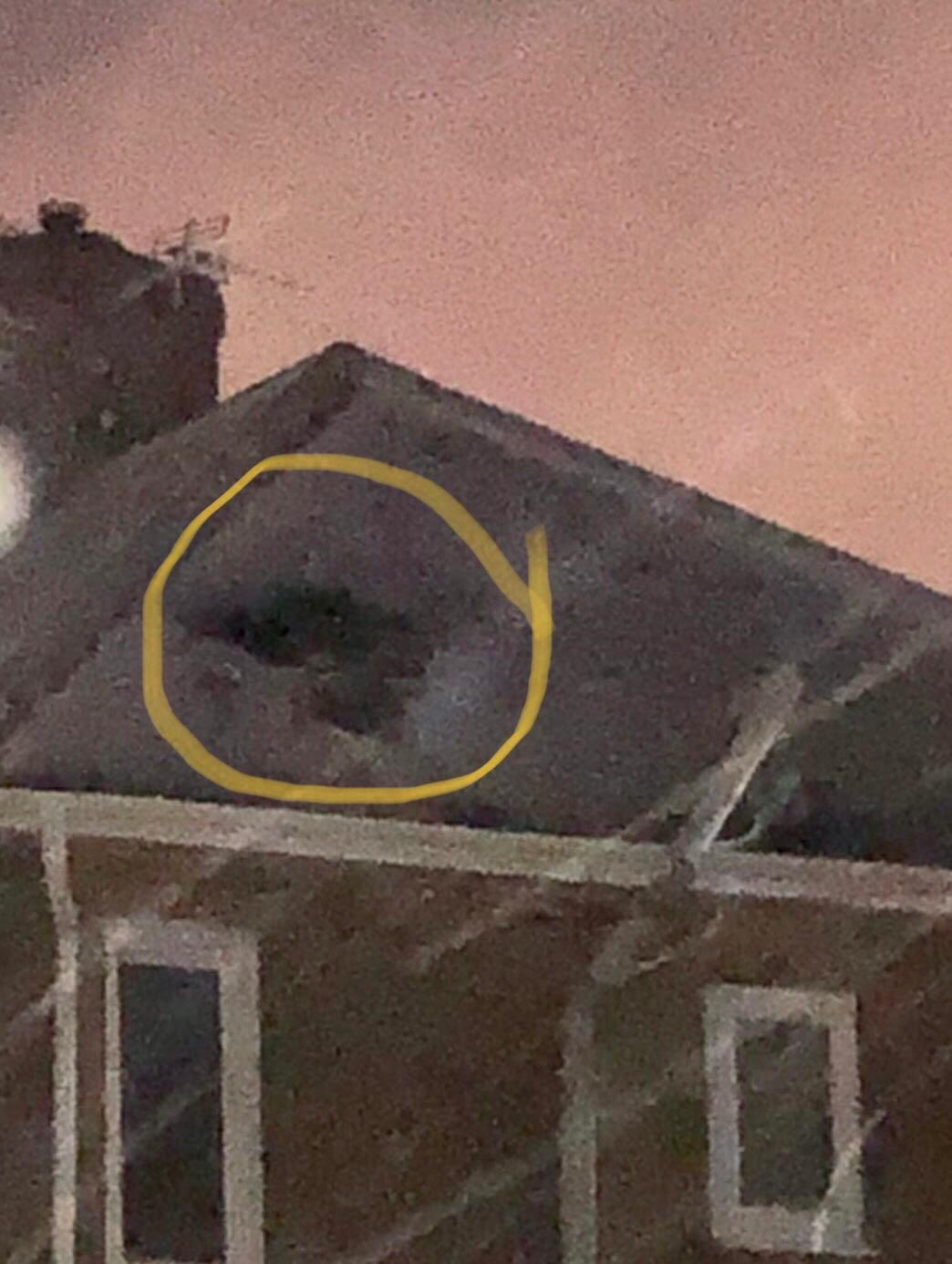 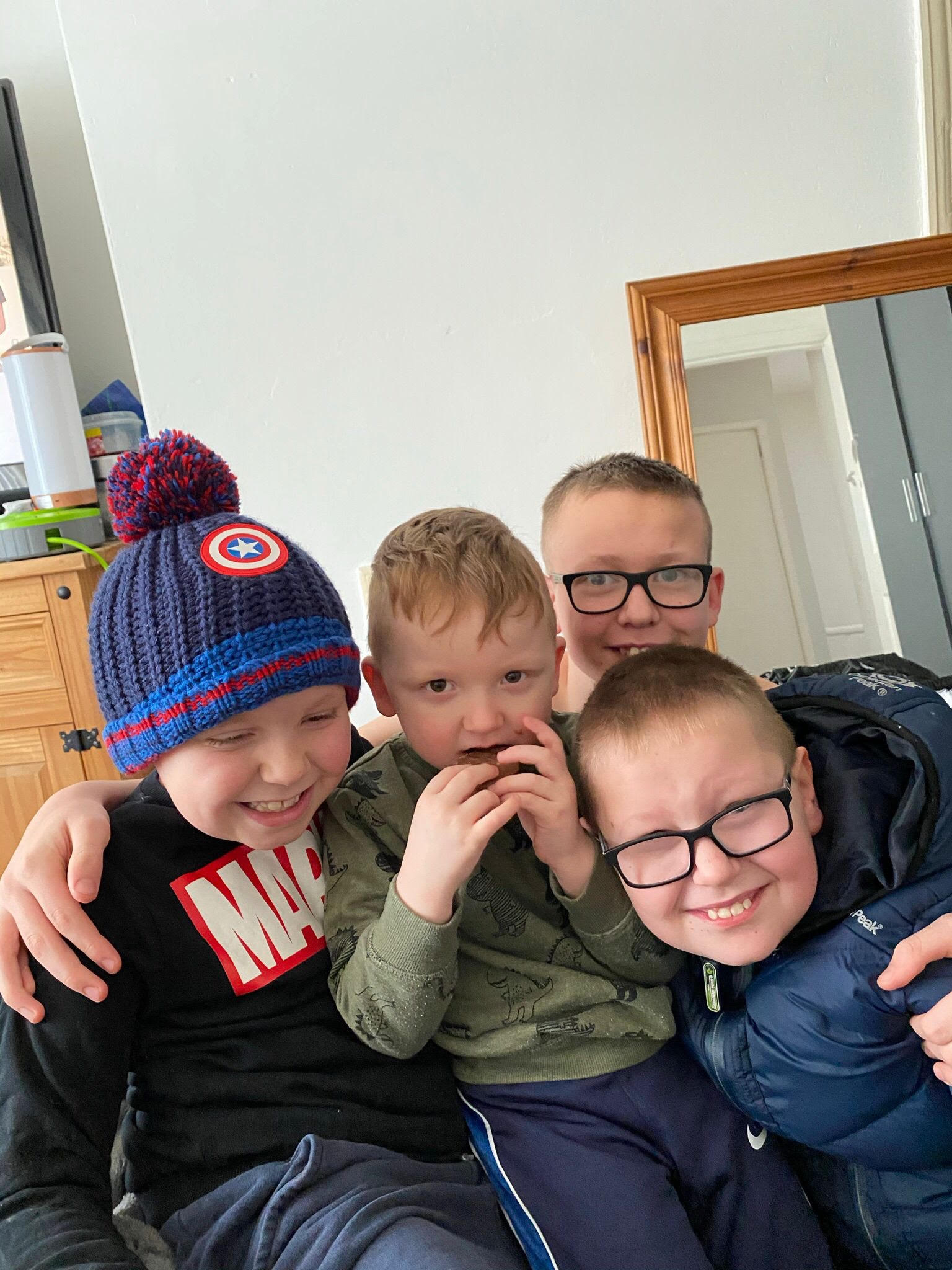 The 33-year-old from Teesside says her four boys, aged between 15 and five, have also had to share the same room or have been sleeping downstairs since the end of November.

When the tiles blew off, water poured down the ceiling as part of it collapsed in one of the bedrooms, sending debris and even a mummified rat down into the room.

"Everything fell down on to the bed, muck, even a mummified rat, it was disgusting, water also drips through the light fitting," said Amy a full-time mum.

After contacting the housing company, Thirteen, for help getting the hole fixed,the work is still not finished as the company says there is need for an asbestos check before plastering the ceiling over.

"The roof tiles have now been replaced but not before the ceiling had come down in my son's bedroom, it was open to the skies," she said Amy.

'WHAT THE HELL IS THAT?'

"I have four boys, sleeping in one bedroom, or it is a bit of a 'camp out' downstairs at the minute, and we've managed to live like that over Christmas."

"They put plastic sheeting up over it and then said they couldn't touch it until the asbestos team had been out.

"It feels likes I've just been passed on and passed on. I understand they have a lot of properties and a lot of damage was caused by the storm, but because they left it so long it has become a big problem.

"The council has helped me put gas and electric on – it has been freezing, the heat was just going straight through the hole in the roof."

Thirteen have apologised and added that the nature of the damage meant the work needed to be carried out in stages. The final stage is scheduled to start on January 13.

Jake Irvin, director of repairs and maintenance at Thirteen, said: "I want to apologise to Ms Punton and her family for the inconvenience and upset the damage to her ceiling has caused.

"Unfortunately, the damage required extensive repairs works which needed to be carried out in stages, firstly to ensure the property was made safe following the storm damage and then to repair the damaged roofing before the ceiling could be replaced.

"We have carried out seven appointments to the home since the issue was reported to us and we are due to complete the final ceiling repair work this Thursday morning, January 13.

"We have kept Ms Punton updated on the progress of works, but I can understand her frustration with the length of time this has taken. We’ll continue to stay in touch with the family to ensure they have the support they need while the work is completed.” 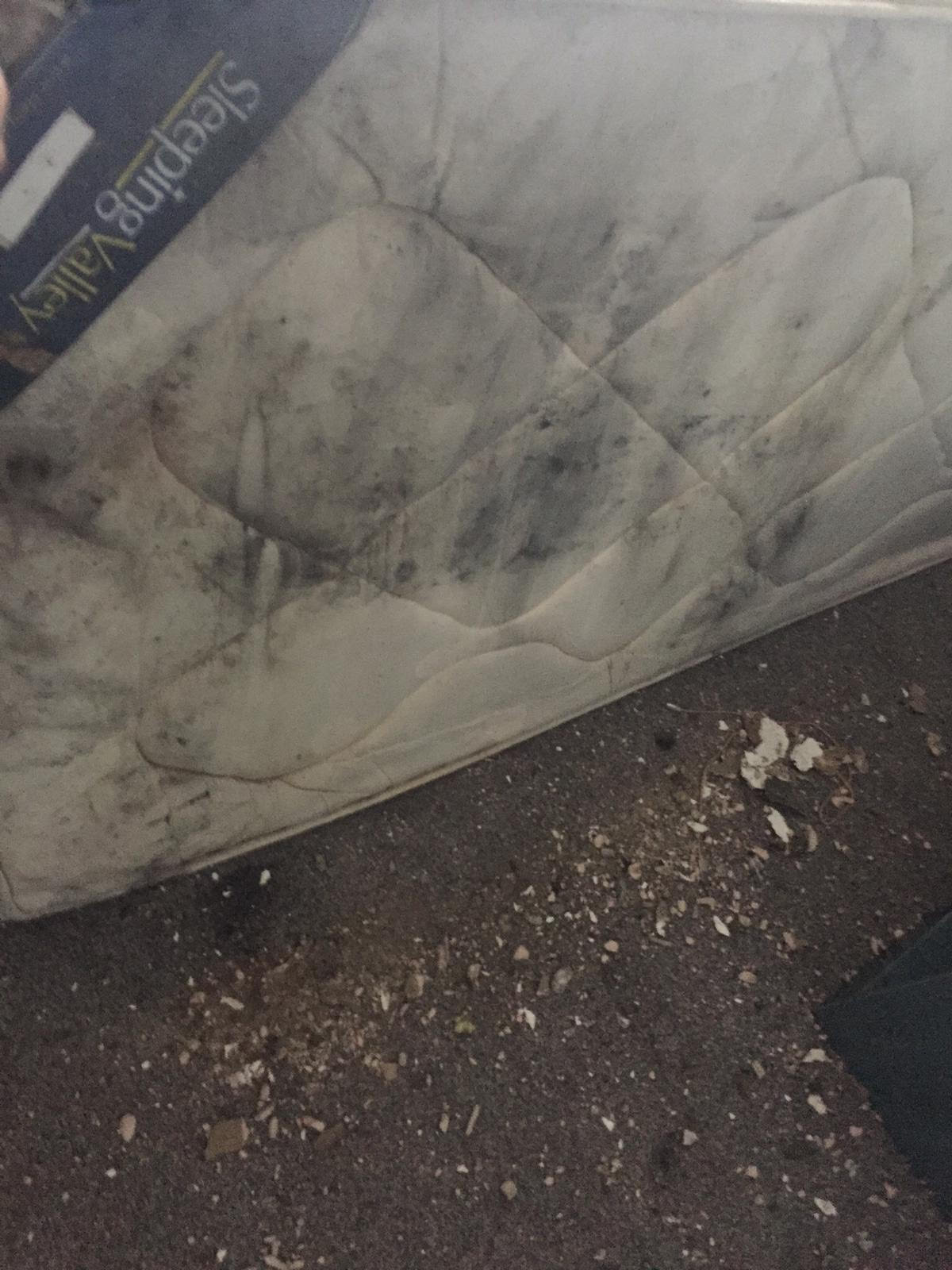 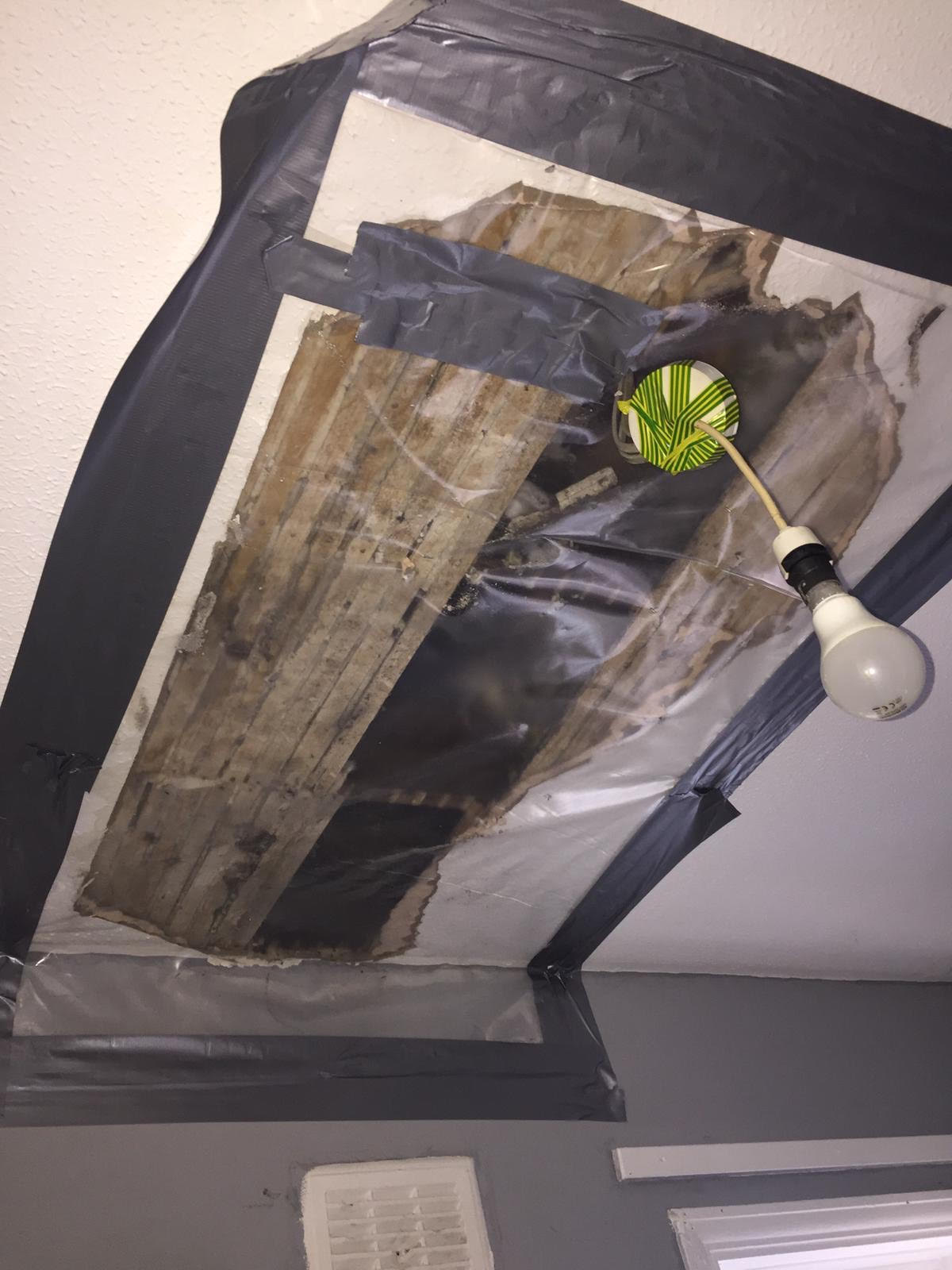