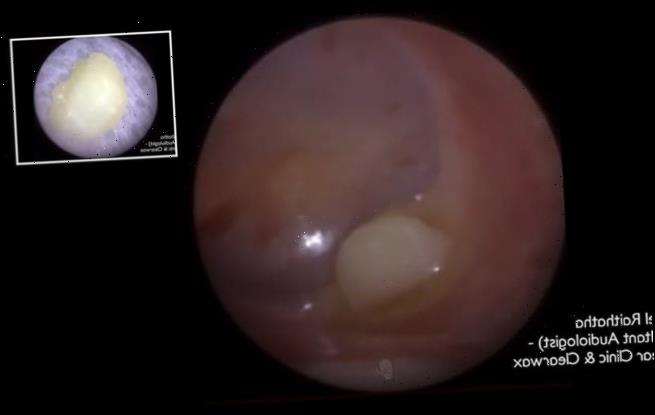 An ear specialist has shared the moment he removes a baby tooth that is stuck to a three-year-old’s eardrum.

Consultant audiologist Neel Raithatha, known as The Wax Whisperer online, filmed the extraction from the young boy’s ear at his clinic in Oadby, Leicestershire.

In the video Mr Raithatha can be heard reacting in shock as he discovers the hard ‘enamel’ object lodged next to the youngster’s eardrum – which he first believed was a lump of dead skin.

Using an ear suction technique the audiologist is able to remove the object which has caused some irritation to the young boy’s eardrum.

He can be heard saying ‘I haven’t a clue what it is’, before asking the boy ‘do you remember what you put in your ear?’

It is only upon getting a closer look at the white object that Mr Raithatha discovers it is a baby tooth.

He can be heard discussing the object with the boy’s mother, who also agrees that the jagged edged shape is a tooth.

In the video Mr Raithatha goes on to explain that the boy had been a repeat visitor to his private audiology practice, The Hear Clinic, as his mother believes other children at school had encouraged him to put objects into his ear. 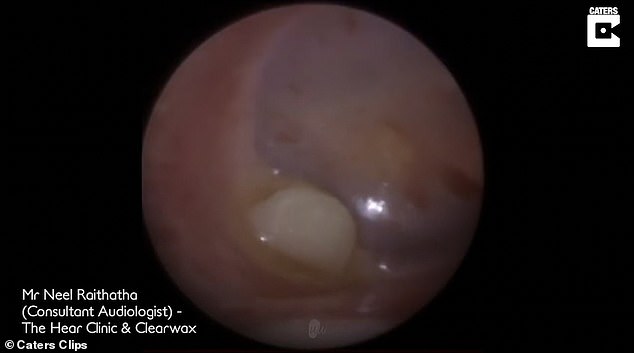 The tooth can be seen lodged next to the three-year-old’s eardrum before it is removed by Consultant audiologist Neel Raithatha at his clinic in Oadby, Leicestershire 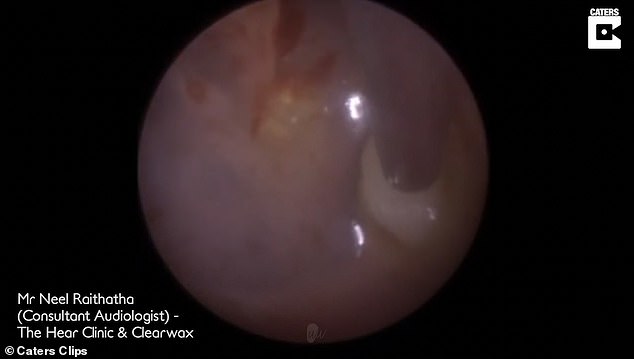 Here the tooth is seen attached to the sucking instrument as it is extracted from the ear, leaving a red patch on the eardrum 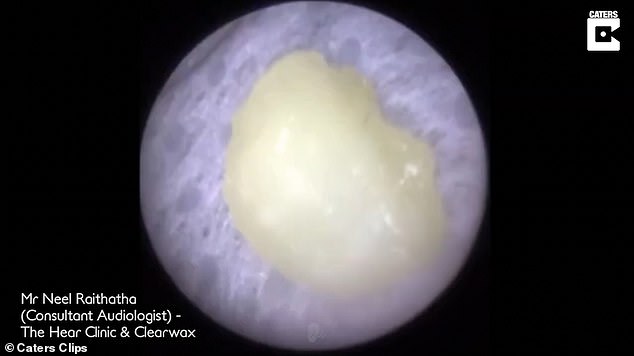 Mr Raithatha tells viewers: ‘The tooth was lodged against the eardrum and they had been trying to remove it using drops but it stuck to the eardrum, which was inflamed.’

Most children lose their baby teeth around the age of six, with some losing teeth as young as four – it is not thought to be the boy’s own tooth in his ear.

It is not the first time that The Wax Whisperer has had to remove odd objects from people’s ear canals that include a pencil led, a twig and batteries.

He is also known for skillfully removing large quantities of ear wax from blocked ears in graphicly detailed videos on Youtube.