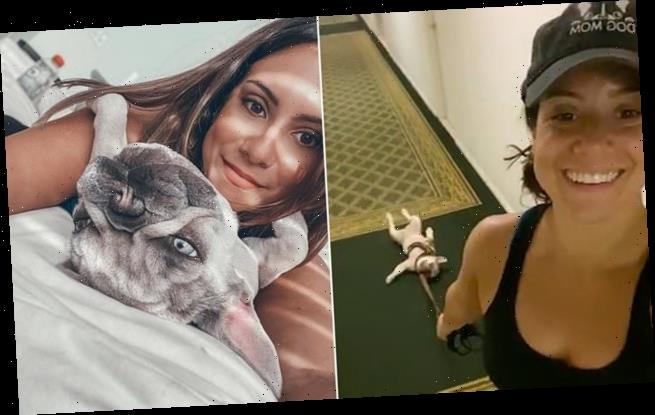 Walking’s a drag! French bulldog Lulu makes her owner drag her along the carpet so she gets a back scratch

A dog owner has shared the hilarious moment her French Bulldog refuses to walk down a hallway, instead demanding she is dragged along.

Owner Helen Platzner, from Palm Beach, Florida, is seen pulling Lulu the Frenchie along the carpet by a lead attached to her harness in a video taken on Sunday.

The ten-month-old pup, who has 19K followers on Instagram, appears to be thoroughly enjoying the opportunity to scratch her back and stretch as her owner slowly tows her down the hall.

Ms Platzner said: ‘Lulu is a very stubborn Frenchie who refuses to walk down the hallway because it feels good for her to be dragged and get a nice stretch and scratch.’

A clip of the dog’s funny habit was posted to her ‘pet influencer’ account on Instagram, @Luluthelilacfrenchie, which Ms Platzner has said now has more followers than her own account.

The yoga teacher captioned the video: ‘Dog mom life. She literally makes me drag her at least three times a day to get a nice scratch.’

And it seems that Lulu is not the only Frenchie to enjoy being dragged, Liz Hennings commented on the post: ‘My frenchie does the same thing! I thought he was the only one.’ 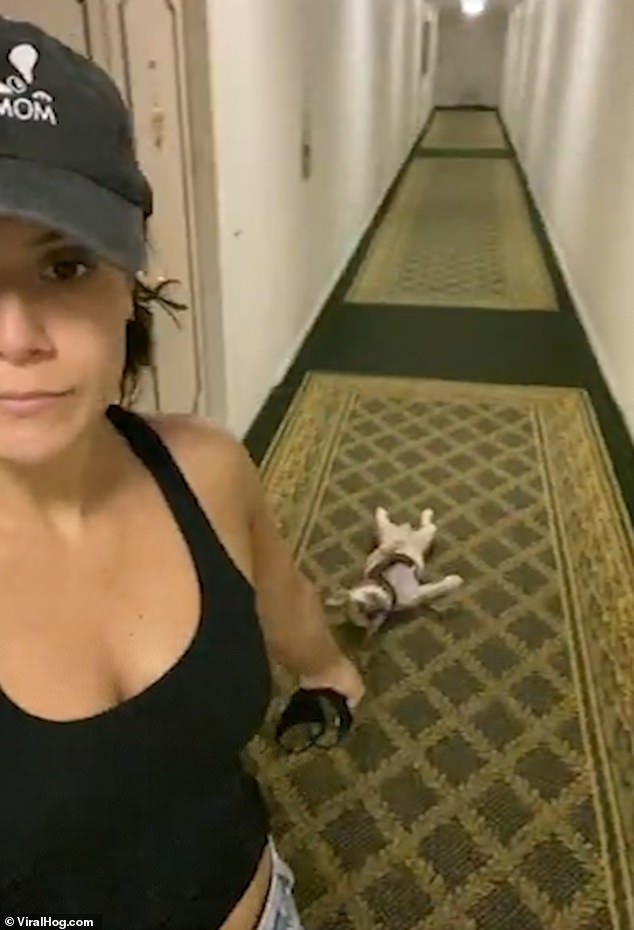 Owner Helen Platzner, from Palm Beach, Florida, is seen pulling Lulu the Frenchie along the carpet by a lead attached to her harness in a video taken on Sunday 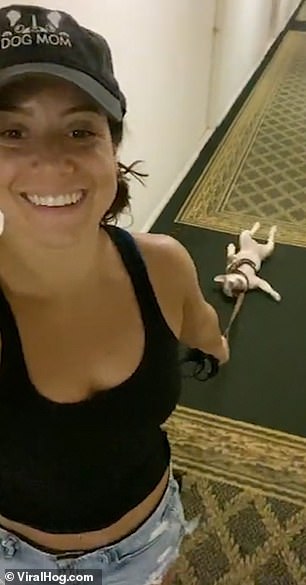 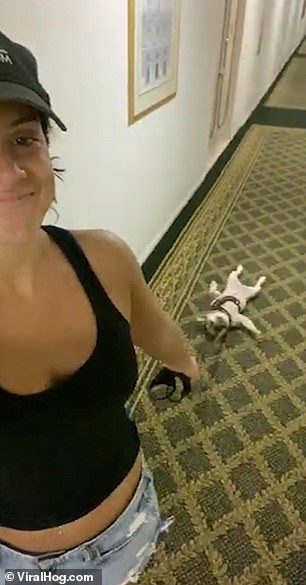 Another French bulldog pet influencer account, Emmy Merle, commented: ‘I do this too! It’s so much fun.’

However some social media users were quick to point out that the playful routine could be causing health issues for the French Bulldog, with Raychel Nicole writing: ‘Respectfully , coming from someone who just had a dog with a compressed disc in his back this is not good for your dog’s back.

‘Frenchies have leg and back issues and I’ve had to have Norman in a cage for two weeks. He was in so much pain and it killed me. He still isn’t back to 100.’ 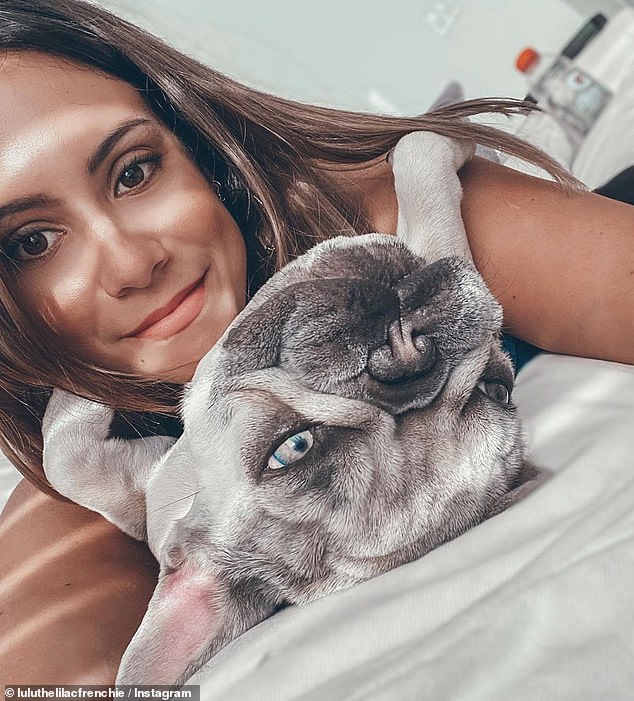 Lulu is seen relaxing upside down with Ms Platzner, who owns the puppy with her partner 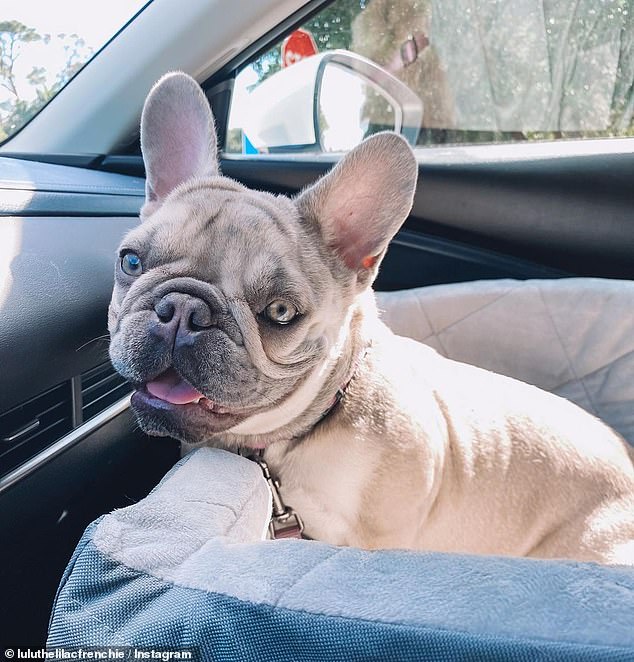 The pup, who followers her owner everywhere, is seen taking a ride in the car

Ms Platzner responded: ‘Thanks for your input – I know frenchies have leg and back issues I figured maybe this felt really good for her as a stretch and a scratch since she loves to do it.

‘I’ll definitely check with our vet cause I would never want to do anything that would hurt her.’

Another user wrote: ‘Yes that’s true. Unfortunately, my Frenchie suffered from disc problems and since then I’ve changed some things I use to do with him….’