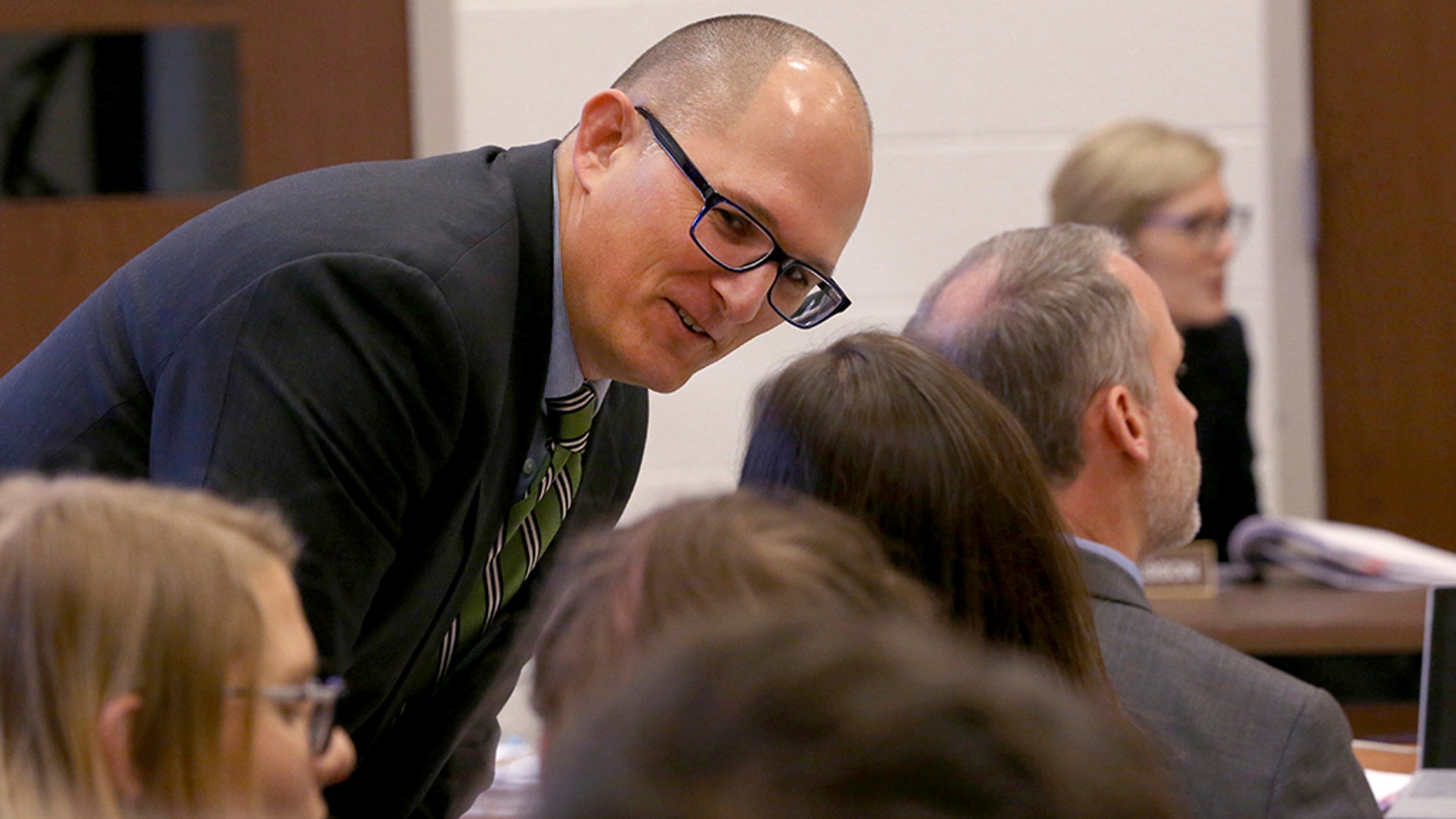 In this Thursday Dec. 6, 2018 photo, high school teacher Peter Vlaming chats at a West Point School Board hearing in West Point, Va. The board voted unanimously to dismiss Vlaming.
(AP)

The West Point School Board in Virginia reportedly decided to terminate one of their teachers on Thursday because he refused to use the pronouns that a transgender student identified with.

Peter Vlaming, who taught French at West Point High School, lost his job after the board made the unanimous 5-0 decision following a hearing, according to the Richmond Times-Dispatch.

“As detailed during the course of the public hearing, Mr. Vlaming was recommended for termination due to his insubordination and repeated refusal to comply with directives made to him by multiple WPPS administrators,” West Point schools Superintendent Laura Abel said in a statement obtained by the outlet.

The situation reportedly came about after the 9th-grade student transitioned from a girl to a boy, following which the school was notified.

Vlaming was the student’s teacher during the previous school year, at the time of which they identified as a female, he told the outlet.

While Vlaming conceded to referring to the student by their male name, he refrained from addressing him by any identifying pronoun, the Times-Dispatch said. He reportedly cited his belief as a Christian as the reason why he wouldn’t use male pronouns for the student.

The student revealed that the situation left him feeling ostracized, the outlet said and school officials reportedly backed the pupil.

As a result, officials suggested that the teacher be terminated because his actions were not in accordance with the school system’s nondiscrimination and harassment guidelines, the outlet said.

Shawn Voyles, Vlaming’s legal representation, told the Times-Dispatch that although the recently-updated guidelines safeguarded gender identity, they did not include specifications on pronoun usage.

Vlaming told the outlet that the situation wasn’t about “tolerance,” but rather “coercion.” He also said that he attempted to find a suitable outcome on “mutual tolerance,” but he was turned down.

“I am being punished for what I haven’t said,” Vlaming told the Times-Dispatch.

The teacher reportedly hasn’t decided whether he’ll launch an appeal.

Vlaming is not being accused of intentionally referring to the student as a female while he was around, the outlet noted. However, he did reportedly use female associations when talking to other people.

Neither the student nor their family took part in the school board’s hearing, the outlet said.

The school district did not immediately respond to Fox News’ request for comment.