A VICTORIOUS Boris Johnson could propose to his girlfriend Carrie Symonds after dropping a hint of a possible engagement.

The Prime Minister – who tonight helped sweep the Tories to victory – has already been living with his 31-year-old partner at No10. 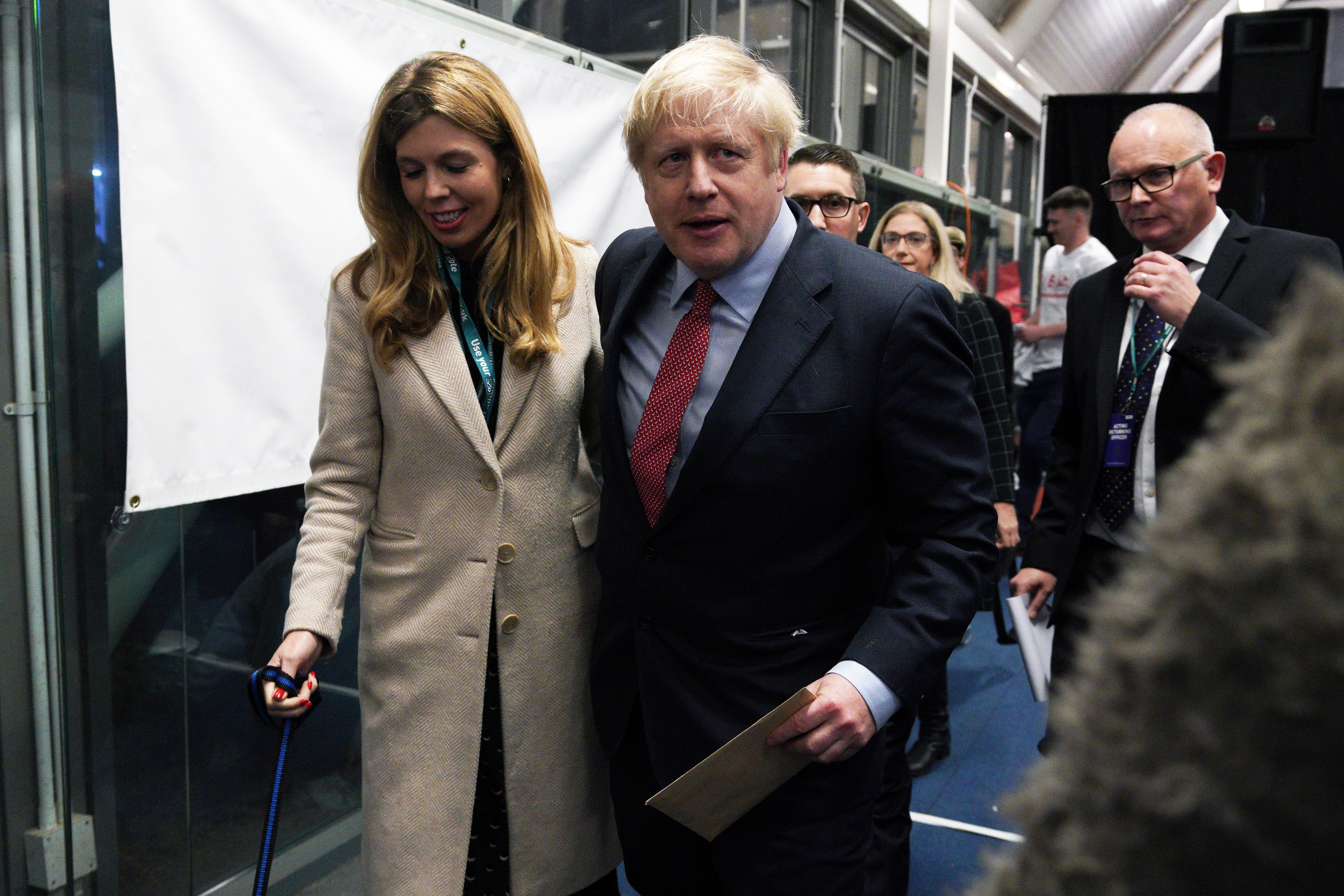 Wedding bells could be on the horizon after the PM told Sun readers he was "very happy" with his long-term girlfriend.

Keen conservationist Ms Symonds has been by the PM's side during the last weeks of the campaign, posing happily with him and the couple's dog Dilyn as he cast his vote yesterday.

She was the first unmarried partner of a sitting Prime Minister to live on Downing Street.

And the couple now has a five-year term in office to put down roots and plans.