The boss of Victoria's workplace watchdog has vowed his organisation will take a muscular approach to enforcing the state's wage theft laws.

Robert Hortle, director of the Wage Inspectorate Victoria, said it was taking a more serious compliance approach under his leadership. 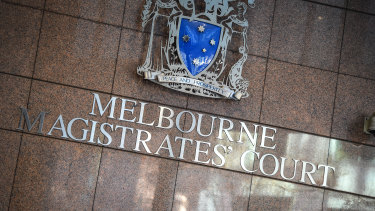 A woman who ran a fashion show involving 129 children without proper permits has been fined.Credit:Justin McManus

"This is what people can expect when the wage theft laws come into place as well," Mr Hortle said. "We're taking a more active view when it comes to prosecuting these matters."

Legal experts have raised concerns Victoria’s wage theft laws, which come into effect next year, may be superseded by laws being developed by the Morrison government.

Mr Hortle was speaking to The Age after securing a guilty plea from the operator of the "Run: Kids Fashion Runway" event in 2018, where 129 of the children involved did not have the required permits. The event was listed with the Virgin Australia Melbourne Fashion Festival but not run by it.

Children under 15 need a government permit to work in the state. The permit is free but requires documents showing the child's parents have approved the role and the event meets supervision and safety standards.

Elissa Thomas, who ran the event through her business Event Theatre (no relation to the cinema chain), received a $2000 fine from the Melbourne Magistrates Court on Wednesday. No conviction was recorded.

"This is a person who has been operating in the industry for well over 20 years, she had permits in the past, she knew of the system, she's decided to put 129 kids on the runway without those permits," Mr Hortle said.

Ms Thomas accepted ultimate responsibility for the failure, which she told the court happened because a person working with her did not obtain the permits due to an error.

"She recognises that she should not have delegated the task of obtaining permits to another and she should have assumed responsibility herself and will do so in the future," her lawyer Christopher Dale said.

Ms Thomas also pleaded guilty to one count of failing to turn over all the documents required under a notice from the inspectorate while it was investigating. There is no suggestion Ms Thomas or her business engaged in wage theft.