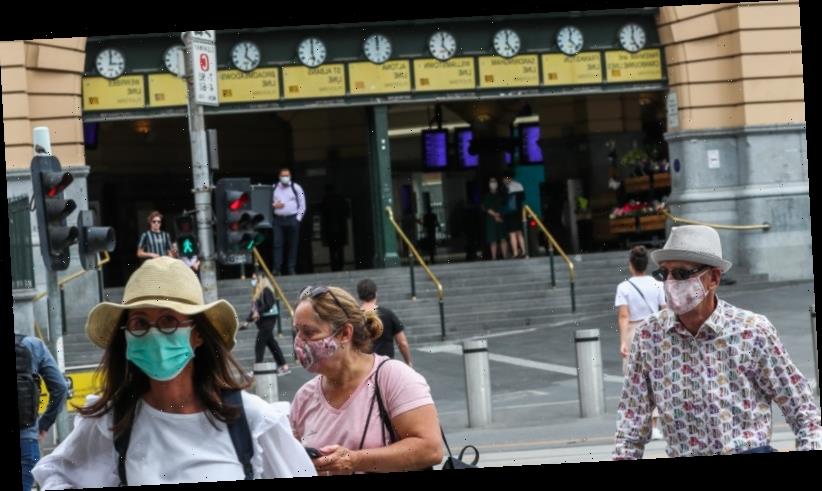 Victoria has recorded zero new coronavirus cases as restrictions aimed at curbing spread of the virus across the state were eased in a move public health experts will mark the first of a series of uninterrupted steps back towards regular life.

Gathering limits have and mask-wearing rules were loosened under new restrictions, which came into effect in Victoria overnight.

The state’s health department said 10,297 test were undertaken in the last 24 hours. 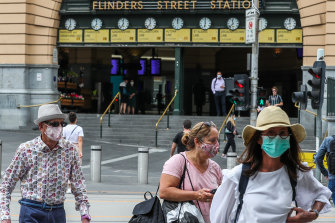 The Premier announced on Friday mask-wearing rules have been loosened under new restrictions in VictoriaCredit:Getty Images

On Friday, Premier Daniel Andrews announced eased restrictions that allow up to 30 people at private gatherings and 100 at outdoor gatherings, 75 per cent of workers in offices and masks to be worn only in high-density settings such as public transport and supermarkets.

The announcement came after two cases were recorded on Friday, both were close contacts of existing cases linked to the Holiday Inn cluster, who were already in isolation, posing no threat to the wider community.

The return to the settings Victorians enjoyed before Christmas comes two weeks after a snap five-day lockdown triggered by a leak of COVID-19 from the government-run Holiday Inn quarantine hotel.

“The more people who take up the vaccine, the more confident the government will be,” Professor Bennett said. “You’ll still have contact tracing, you’ll need hand hygiene, you may need to adjust mask rules occasionally but you won’t need to tell people to stay in their home.”

In a move aimed at bolstering contact tracing, the state government is set to announce on Saturday that it will make QR codes compulsory in taxis and ride-sharing vehicles for passengers to enter their contact details.

Software will also be provided to businesses who operate their own QR code service to allow the details to be fed directly into the government’s contact tracing system.

The Premier said there were no plans so far to allow international flights back to Melbourne, leaving Victoria’s hotel quarantine system that suffered three breaches since the start of the year paused indefinitely.

Associate Professor Hassan Vally, a public health expert with La Trobe University, said each vaccination should increase confidence so that little to no restrictions would be necessary in the second half of the year.

“Every percentage point will hopefully make virus escapes from hotel quarantine less likely and will certainly make the implications less,” he said. “We can take a breath and life becomes less dramatic I think.”

Meanwhile, the Andrews government agreed to pay the NSW government $34.3 million for the cost of accommodating Victorians in hotel quarantine.