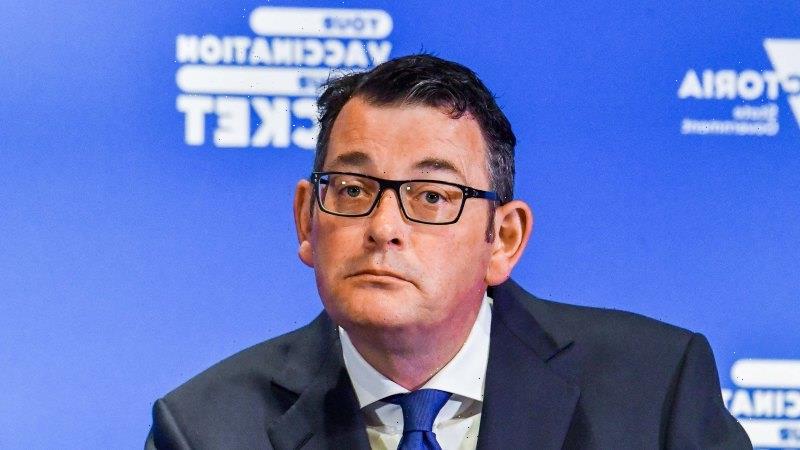 Victoria has recorded 905 COVID-19 cases and four deaths as the Andrews government weighs substantial amendments to its controversial pandemic legislation that has sparked weeks of animated debate.

The state delivered a further 8498 vaccine doses and received the results of 64,218 tests. The Health Department said 394 Victorians remain in hospital with coronavirus, below the 7-day average.

For the third weekend in a row, thousands of demonstrators flooded Melbourne’s CBD on Saturday ahead of a planned “camp-out” protest outside State Parliament starting next week opposing the state’s controversial pandemic laws.

Animal Justice Party MP Andy Meddick, one of three upper house MPs whose support the government needs to pass the bill, told The Age ”abusive” protesters arrived at his house on Friday evening to demonstrate against the proposed law.

“It shouldn’t come to this, it just shouldn’t,” Mr Meddick said. “I understand why people disagree. People disagree in a vibrant democracy. But you don’t have the right to come to someone’s house and make their family feel physically in danger.”

Following weeks of pressure to amend the bill – which most legal and human rights groups say is an improvement on the law it is replacing, but still has flaws – The Age has confirmed the government is considering at least four substantive changes to the legislation including boosting parliamentary oversight and making it easier to appeal detention orders.

Mr Meddick along with crossbench colleagues, Greens leader Samantha Ratnam and Reason Party MP Fiona Patten, are in talks with the government on improvements to the bill.

Victorian Liberal MP Bernie Finn and federal MP Craig Kelly both addressed the crowd on Saturday. Protesters were heard shouting death threats against Premier Andrews and one man carried makeshift gallows with three nooses hanging from it as he marched through the streets.

It was also revealed overnight that Australian children aged from five to 11 will have to wait until January to get their COVID-19 jabs.

In an interview with The Sun-Herald and The Sunday Age, Lieutenant-General John Frewen said the rollout could begin at the start of January, which is the clearest signal yet from the federal government about the long-awaited start date. 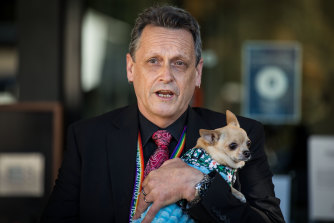 However, it’s expected the program will not ramp up until late January – subject to a green light from the Australian Technical Advisory Group on Immunisations and the Therapeutic Goods Administration – as people return from summer holidays and the new school year begins.

With Rachael Dexter and James Massola