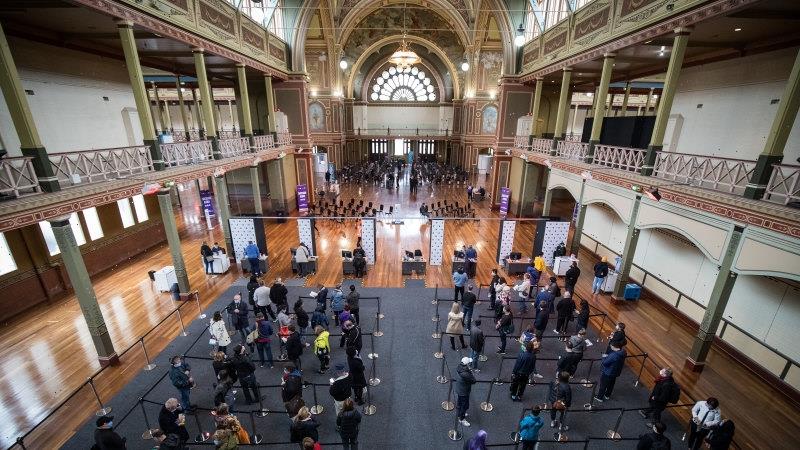 Victoria has finally hit its 90 per cent vaccination target as the state records 1254 new coronavirus cases and five deaths, and the fate of the government’s proposed pandemic legislation hangs in the balance.

The vaccination milestone – which means 90 per cent of Victorians aged 12 and over have had two doses of a COVID-19 vaccine – comes just a day before the mandate requiring authorised Victorian workers to be vaccinated kicks in. 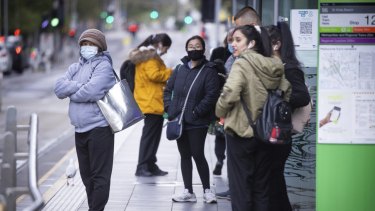 The Victorian Department of Health announced on Thursday morning that the state had hit the vaccine milestone for the state’s population aged over 12, not long after the Prime Minister declared the state had hit its 90 per cent target for those aged 16 and over.

The 90 per cent target is a few days late for Victoria, with authorities lifting nearly all COVID-19 restrictions last Thursday in anticipation it would be reached either on last Saturday or Sunday.

Thursday’s new coronavirus cases bring the total number of active cases in the state to 10,276.

There are 310 people in hospital in Victoria with COVID-19, and 48 in intensive care. Thirty-one are on a ventilator.

Another 48 people in ICU have been cleared of the virus.

On Wednesday, 75,348 COVID-19 tests were processed across Victoria.

Another 4718 people rolled up their sleeves to receive a vaccine dose at a state-run hub.

Prime Minister Scott Morrison said on Thursday morning people in Victoria had “done it tougher than anyone over the past two years”. He said reaching 90 per cent of the population aged 16 and over fully vaccinated was an “amazing achievement”.

The fate of Victoria’s proposed new pandemic laws could become clear as early as Thursday afternoon, with Health Minister Martin Foley and Attorney-General Jaclyn Symes preparing to meet a group of crossbench MPs pushing for substantial changes to the proposed laws.

The government needs to find one extra vote to pass its legislation before December 15, the expiry date for the state of emergency powers that underpin the state’s pandemic response.

However, independent MP Rod Barton said the government should listen to the concerns of everyone on the crossbench.

“It will be a group thing,” he said. “We are not going to allow them to pick us off one by one. We’ll put our cards on the table and see what they have to say.”

The meeting is the first time that Mr Foley, who as Health Minister would be given sweeping coercive powers to respond to a pandemic under the proposed new regime, will be questioned directly by MPs frozen out of the government’s initial consultations on the bill.

Meanwhile, Victoria’s authorised workers have until Friday to be fully vaccinated against COVID-19, or show proof of a valid vaccination exemption, if they want to keep attending their workplaces.

The double-dosed deadline has already passed for the state’s residential aged care workers and construction workers.