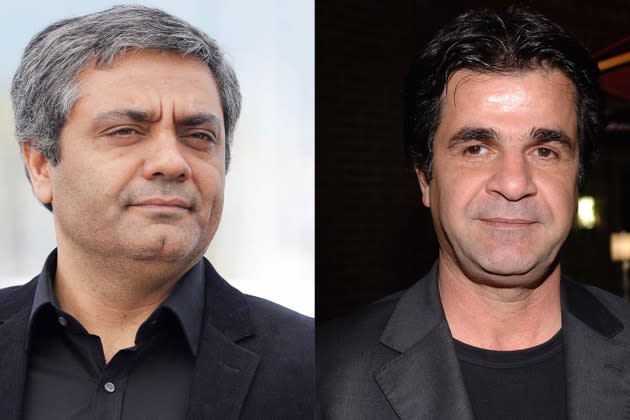 The 2022 Venice International Film Festival will hold a “flash mob” on the red carpet to demonstrate its support for filmmakers who have been arrested or imprisoned over the past year.

Directors, actors and other VIPs attending the 79th Venice festival will gather on the red carpet on Sept. 9 and hold up the names of imprisoned artists.

More from The Hollywood Reporter

The flash mob will take place at 4:30 p.m. local time, just ahead of the Venice world premiere of No Bears from Iranian director Jafar Panahi. Panahi, one of Iran’s most acclaimed directors, and whose 2000 drama Dayereh won Venice’s Golden Lion for best film, was arrested in Tehran last month and is currently serving a six-year prison sentence.

Panahi was the third Iranian filmmaker to be arrested in the country in less than a week, as authorities also locked up Mohammad Rasoulof, director of Berlin Golden Bear winner There Is No Evil (2020) and Mostafa Aleahmad (Poosteh) amid a broader crackdown on artists across the country. Panahi was arrested after protesting the arrest of Rasoulof and Aleahmad.

In a statement, the Venice festival said it hoped the flash mob would show “maximum solidarity by the film world towards the director and all his colleagues who are in his same situation.”

Venice will also host a panel, on Sept. 3, titled “Filmmakers Under Attack: Taking Stock, Taking Action,” to discuss the situation of persecuted directors worldwide and debate what the rest of the film world can do to help.

In addition to the situation in Iran, the panel will discuss the arrest and persecution of Turkish filmmakers Cidgem Mater and Nadir Öperli and a new project which aims to fund projects by Ukrainian directors, many of whom are currently fighting on the front line in the country’s war with Russia.

Both initiatives are being organized together with the ICFR-International Coalition Filmmakers at Risk.

Best of The Hollywood Reporter