Caracas: Backed by hundreds of thousands of protesters and the support of the US, Venezuela opposition leader Juan Guaido has declared himself interim president, calling for free elections to end the rule of socialist Nicolas Maduro. 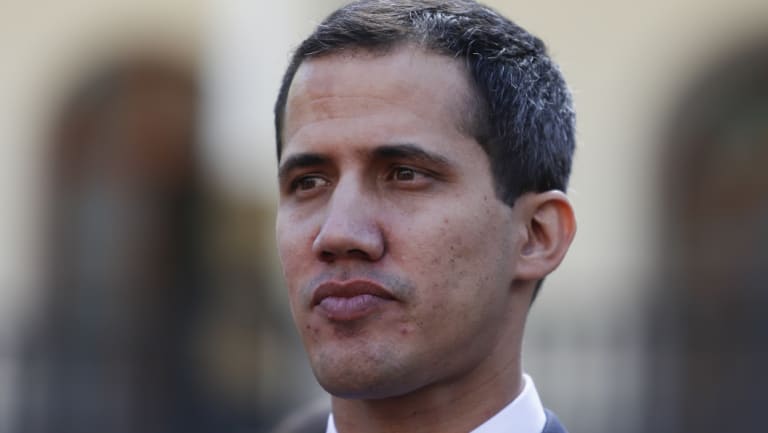 Juan Guaido has claimed the presidency of Venezuela.Credit:Bloomberg

In a statement minutes later, US President Donald Trump recognised Guaido as Venezuela's legitimate interim president, and a Canadian official said Canada was preparing also to add its support.

The governments of Brazil, Paraguay and Colombia also threw their support behind Guaido on Wednesday. 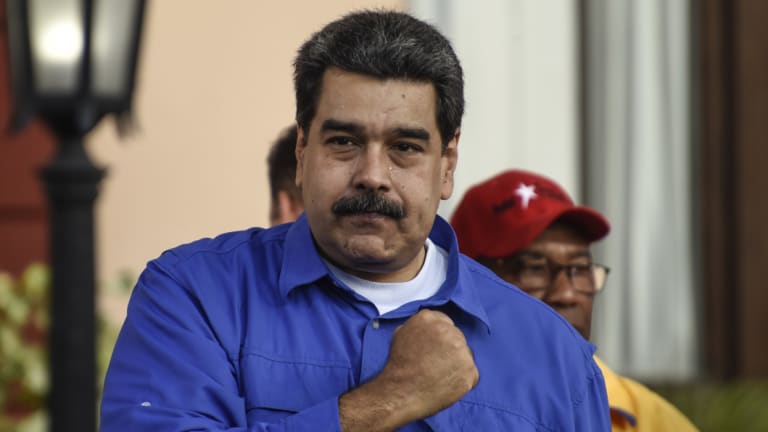 The 35-year-old Guaido has energised the opposition with a campaign to declare Maduro a usurper after elections last year widely regarded as fraudulent.

Guaido has promised a transition to a new government in a nation suffering a hyperinflationary economic collapse.

"I swear to assume all the powers of the presidency to secure an end to the usurpation," said Guaido, recently elected head of congress, before an exuberant crowd.

Guaido's declaration takes Venezuela into uncharted territory, with the possibility of the opposition now running a parallel government recognised abroad as legitimate but without control over state functions. 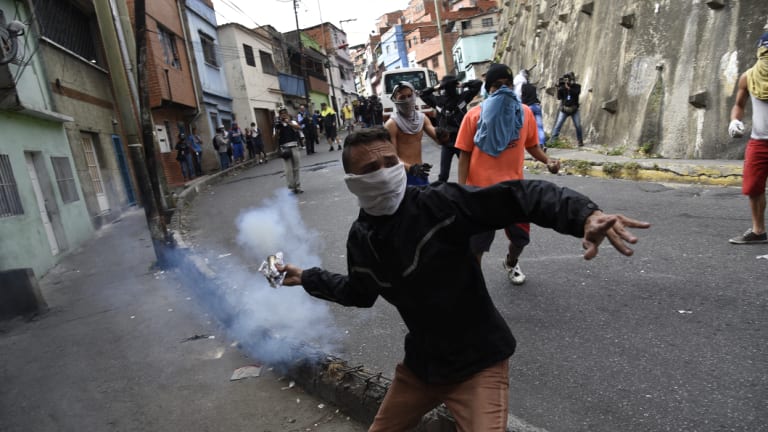 The protesters in Caracas were dispersed with tear gas as residents set fire to a barricade of trash and chanted demands that Maduro leave office.Credit:Bloomberg

Maduro's administration could also crack down on Guaido.

It has previously accused him of staging a coup and has threatened him with jail.

Guaido's political mentor, Leopoldo Lopez, was arrested in 2014, one of dozens of opposition activists and leaders the government jailed for seeking to overthrow Maduro through violent street demonstrations in 2014 and 2017.

Guaido has said he would be willing to replace Maduro with the support of the military and to call free elections.

Maduro started a second term on January 10 following a widely boycotted election last year that many foreign governments described as a sham.

"I will continue to use the full weight of United States economic and diplomatic power to press for the restoration of Venezuelan democracy," Trump said in his statement on Wednesday.

The Trump administration could impose sanctions on Venezuelan oil as soon as this week, according to sources.

Maduro has presided over Venezuela's spiral into its worst-ever economic crisis, with hyperinflation forecast to reach 10 million per cent this year.

Some 3 million Venezuelans have fled abroad over the past five years to escape widespread shortages of food and medicine.