Hundreds of thousand of Venezuelans were due to march against President Nicolas Maduro on Wednesday after dozens of smaller violent protests overnight.

Opposition parties are trying to force socialist Maduro from power as he starts a second six-year term following an election that many consider illegitimate.

Angry citizens protested late on Tuesday in at least 60 working-class neighborhoods around the country, burning trash and clashing with troops in an echo of violent street demonstrations two years ago that saw at least 165 people killed. 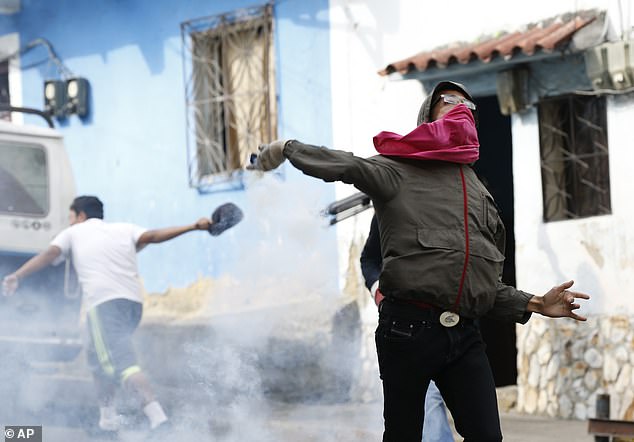 Hundreds of thousands of Venezuelans are expected on the street for a mass protest against President Maduro on Wednesday, amid fears it could turn violent (file image) 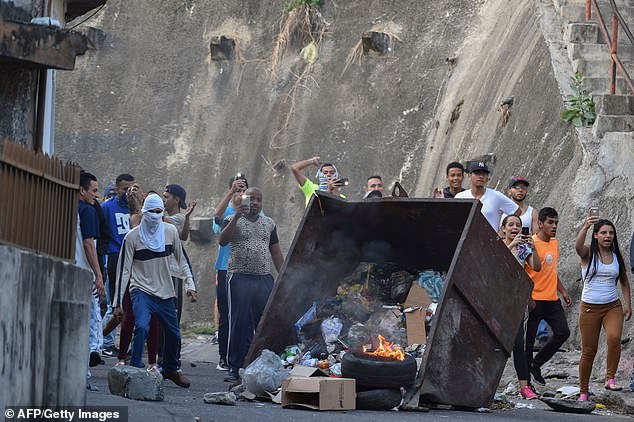 It comes after dozens of smaller marches overnight turned violent, with reports of a 16-year-old shot dead in Caracas (file image)

A 16-year-old was shot to death at a protest in the poor west end of Caracas, according to Venezuela’s Observatory of Social Conflict.

There was no official confirmation of the death, and the Information Ministry did not immediately reply to a request for comment.

The opposition has been energized by a new leader of congress, Juan Guaido, and by the harsh international reception of Maduro’s second term.

But any change in government will rest on a shift in allegiance within the armed forces. They have stood by Maduro through two waves of street protests and a steady dismantling of democratic institutions.

Guaido, 35, has called for the military to disavow Maduro and promised amnesty for those that help bring about a return to democracy.

He has said he would be willing to replace Maduro as interim president, with the support of the military, to call free elections. 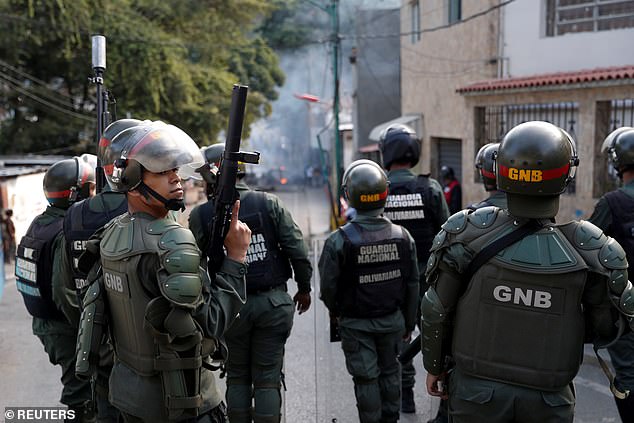 Opponents are asking the armed forces to step aside and allow them to depose Maduro, who has started a second term in office despite what many see as an ‘illegitimate’ election (file) 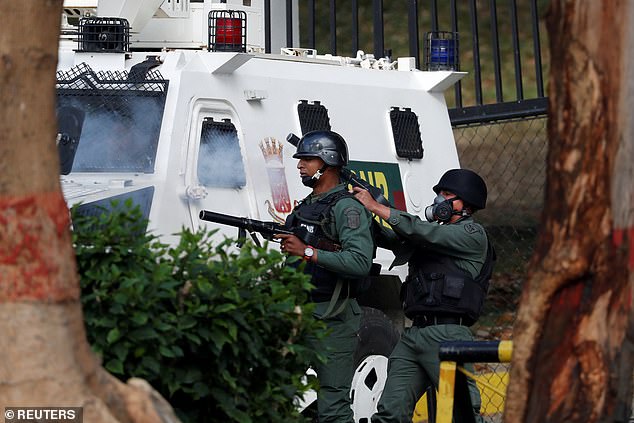 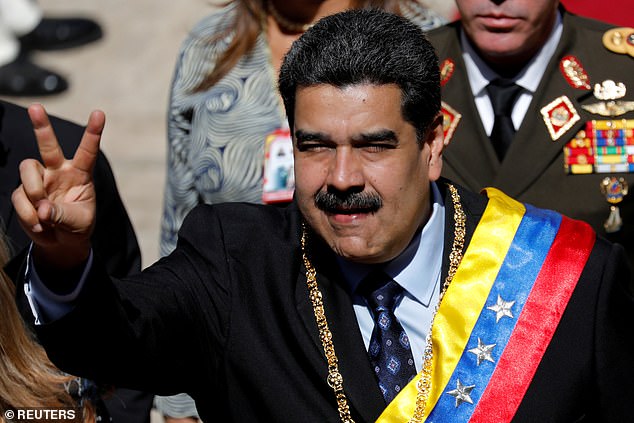 Maduro has been heavily criticised by world leaders, including US Vice President Mike Pence who branded him a ‘dictator’ with ‘no legitimate claim to power’

‘We’re asking you not to shoot at us.’

Guaido would provide legal protection to soldiers and officials who defected if he became president, he told Reuters in an interview on Tuesday.

Although he added a caveat, saying that ‘there would have to be justice for those that have done bad things.’

The march on Wednesday, an annual event that commemorates the 61st anniversary of the fall of a military dictatorship, is expected to draw hundreds of thousands.

The ruling Socialist Party is holding a rival march, and officials have threatened Guaido with jail.

U.S. Vice President Mike Pence issued a message of support to Venezuelans opposing the government on Tuesday, promising support for Guaido and branding Maduro a ‘dictator with no legitimate claim to power.’ 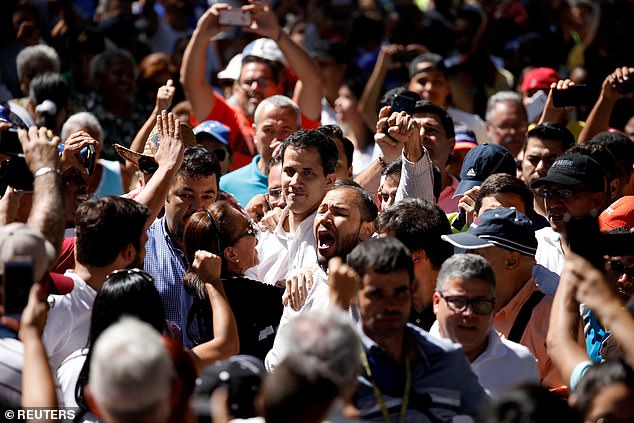 Juan Guaido (pictured greeting supporters in La Guaira) is leading a revitalised opposition movement, despite calls for him to be jailed 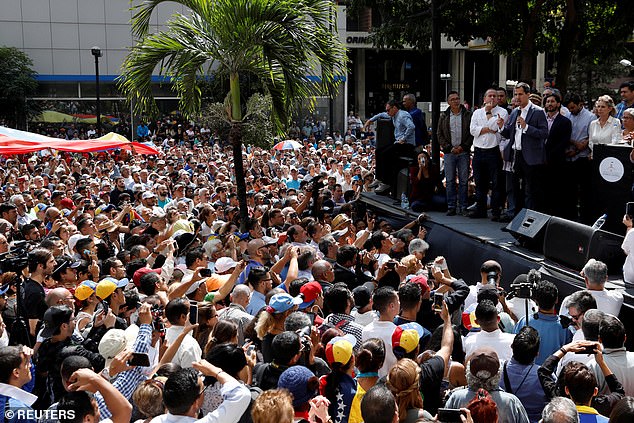 Guaido speaks during a gathering of supporters in Caracas, as he calls for Maduro to be stripped of his office

She denounced ‘the perverse plans of Venezuela’s extreme right to endanger stability and peace.’

The pro-government Supreme Court, which annulled the powers of the congress in 2017, ruled on Monday not to recognize Guaido as its head and asked the state prosecutor’s office to determine whether he had committed a crime.

Maduro, who was inaugurated on Jan. 10 following a 2018 election widely viewed as a sham, has presided over Venezuela’s spiral into its worst-ever economic crisis, with inflation forecast to reach 10 million percent this year.

His administration has jailed dozens of opposition activists and leaders for seeking to overthrow him through street demonstrations in 2014 and 2017.

The 2017 protests left 125 people dead in clashes with police.