Vandals have trashed the track at Aintree racecourse just one week before the Grand National- but organisers have promised punters the race will go ahead.

The perpetrators used a vehicle to smash through a security gate at 6.45am on Saturday morning and drive on the turf.

Images showed parts of the white perimeter fences snapped off and deep tyre marks on the normally-pristine grass. 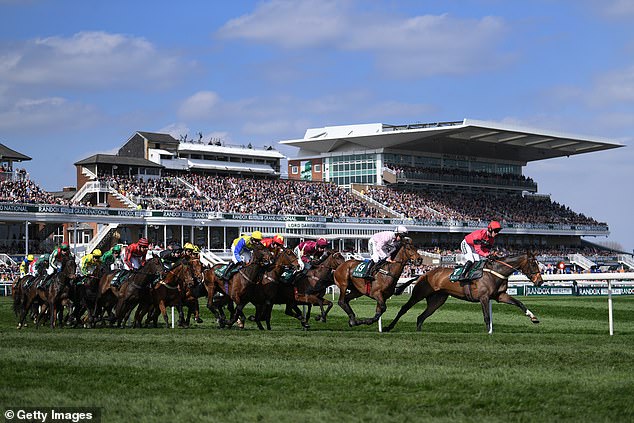 Vandals have trashed the track at Aintree racecourse just one week before the Grand National Pictured: Last year’s Hurdle Race

It comes seven days before thousands will flock to the world famous racecourse in Liverpool for the festival and prestigious race.

An Aintree spokesman said they were working closely with police on the matter.

‘Some superficial damage is being addressed but this certainly won’t affect a fantastic three days in Liverpool’s sporting and social calendar,’ they added.

A spokesman for Merseyside Police said: ‘We are appealing for information following an incident of criminal damage at Aintree Racecourse, Ormskirk Road, Aintree reported this morning, Saturday 30 March.

‘At 6.45am, it was reported that damage had been found to a perimeter gate and on the course. It is not believed that anything was stolen and no injuries were caused.

‘It is initially believed that the damage was a caused by a car driven onto the site. 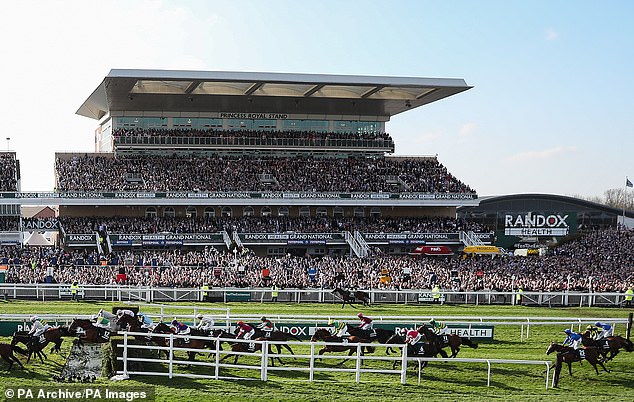 The perpetrators used a vehicle to smash through a security gate at 6.45am on Saturday morning and drive on the turf (file image)

‘Extensive CCTV and witness enquiries are ongoing, working closely alongside the course owners.’

Nearly a year of preparation has gone into the annual event, with organisers beginning to plan for the next race the Monday after the previous National.

The Jockey Club, which owns Aintree, is in charge of maintaining the course to make sure its ready for the huge crowds on the big day.

The three-day festival kicks off with Grand National Thursday, which includes a featured race called The Aintree Hurdle.

The glamorous Ladies Day then gets underway on Friday which sees fashionistas show off their unique style ahead of the big race on Saturday.