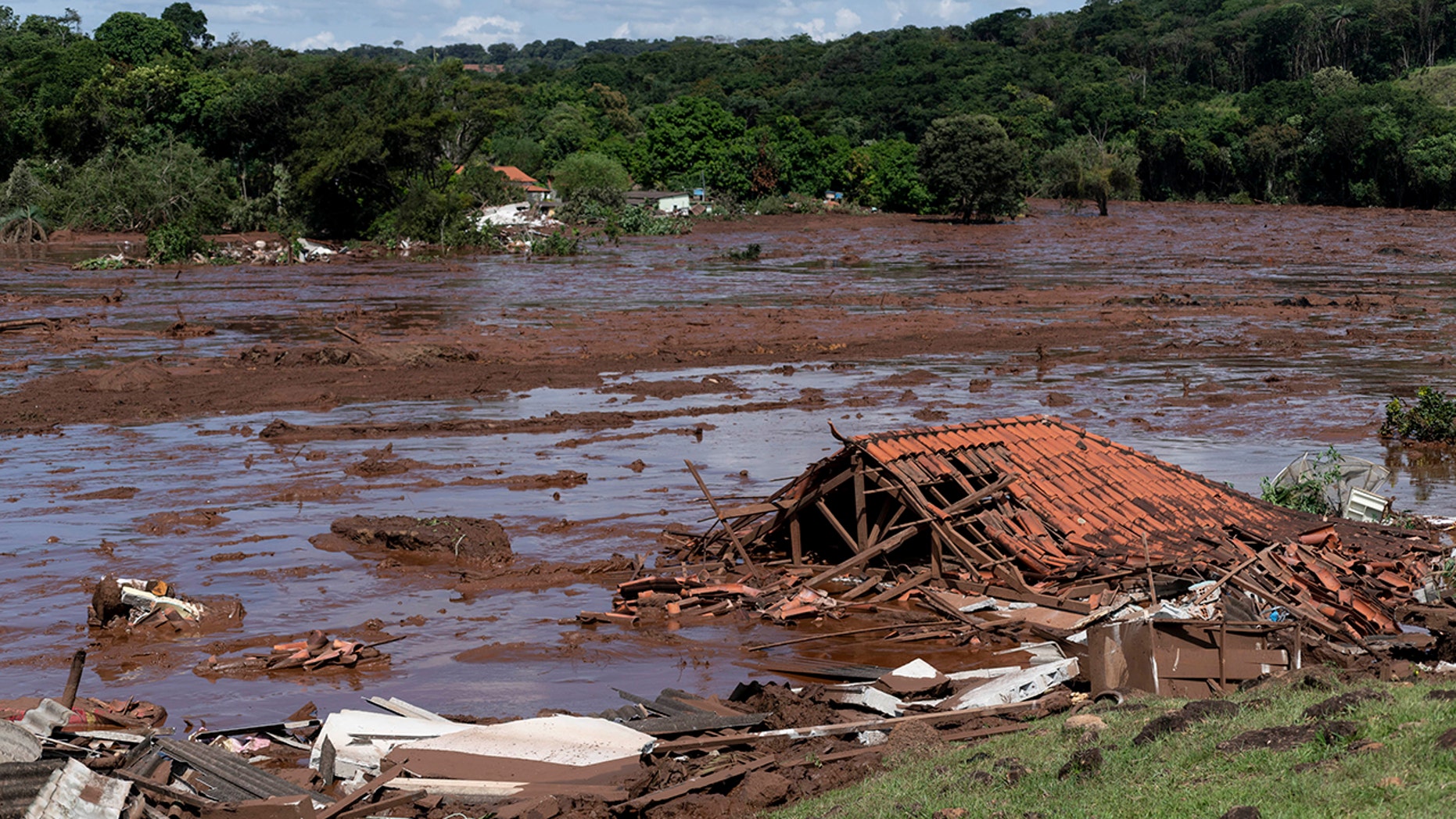 A structure is in ruins after a dam collapsed near Brumadinho, Brazil, Friday, Jan. 25, 2019. (Leo Drumond/Nitro via AP)
(AP)

More than 200 people were missing Friday after a dam burst at a mine owned by Vale SA, Brazil's largest iron ore company. The incident washed out roads and created havoc in the town of Brumadinho, in the state of Minas Gerais.

WHAT BRAZIL'S BOLSONARO WILL LIKELY TACKLE IN FIRST MONTHS

Vale said spillage from the dam, which was connected to the mine, had reached the company’s administrative area and part of the community of Vila Ferteco. The company also said that rescue workers have been sent to the site.

Brazilian news stations have been showing images of mud-filled rivers and heroic rescues. One television station showed a firefighter’s helicopter hovering inches off the ground as it hoisted a woman covered in mud out of the sludge.

Another local TV channel showed a video shot by firefighters arriving on the scene showing an extensive area covered in mud.

VALE SA STOCK UPGRADED AND DOWNGRADED: WHAT YOU NEED TO KNOW

President Jair Bolsonaro sent a tweet saying he lamented the incident and was sending three cabinet ministers to the area.

Another dam administered by Vale and Australian mining company BHP Billiton collapsed in Mariana, Minas Gerais, in 2015, resulting in 19 deaths and dislocating hundreds from their homes. It’s considered the worst environmental disaster in Brazilian history.