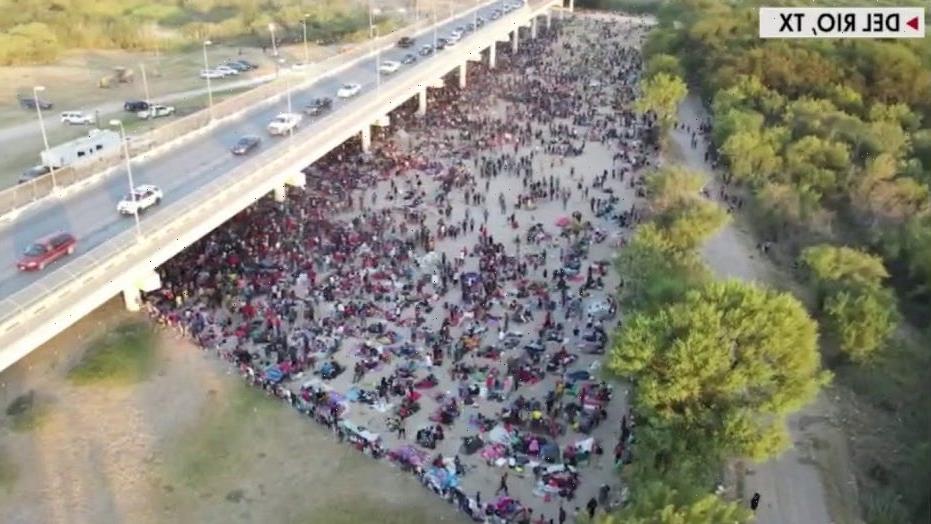 EXCLUSIVE – According to a document from a source within Customs and Border Patrol (CBP), nearly half of border patrol agents have not registered their COVID-19 vaccination status, and ten percent of those who have registered have yet to receive a jab. In a worst-case scenario, the federal vaccine mandate may result in the termination of over half of the border patrol agents, amid an already devastating border crisis.

“You’re going to take an agency that’s already gone through an unbelievable catastrophic crisis on the southwest border and deplete its resources further,” Mark Morgan, who served as the chief operating officer of CBP from 2019 to 2021, told Fox News. Morgan, now a visiting fellow at the Heritage Foundation, obtained a document from a source inside CBP, a screenshot showing the number of border patrol agents who have yet to report their vaccination status. 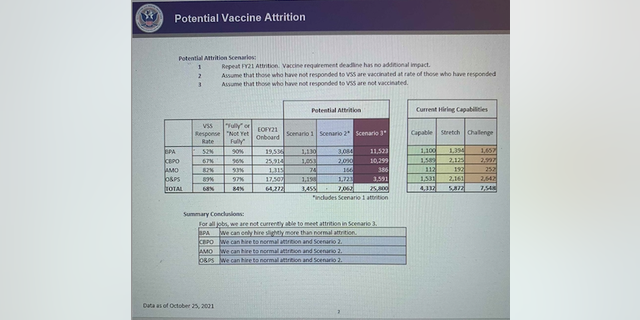 According to the document, as of October 25, 2021, 48% of border patrol agents have not responded to the reporting mandate. Of the 52% who had reported their vaccination status, 90% reported having received one or more COVID-19 jabs.

CBP laid out three scenarios regarding the officers who have yet to report their status. The vaccine mandate may not increase attrition from Fiscal Year 2021 levels (scenario 1), in which case the agency would lose about 1,130 agents, dropping the force of 19,536 to 18,403. Alternately, agents who have not yet responded will have gotten vaccinated at the same rate as those who have responded (scenario 2), so the agency would lose 3,084 agents, leaving the force with 16,452 agents.

In the worst-case scenario, agents who have not reported their status have done so because they refuse to take the jab, and so they will be terminated (scenario 3). In that case, net attrition could exceed 11,523 agents, leaving a mere 8,013 border agents on patrol.

In other words, the vaccine mandate and the normal rate of attrition could cost CBP a whopping 59% of its border patrol agents – in the middle of a border crisis.

In the worst-case scenario, even if CBP can hire 1,657 border patrol agents, that would only bring the numbers up to 9,670 – 49% of the current force. Even in scenario 2, with a high rate of hiring, CBP will only keep 92.7% of its agents over the coming year.

CBP did not verify or contest the numbers in the document, and it did not send Fox News any updated figures.

“Federal agencies, including CBP, are laser-focused on vaccinating their workforce ahead of the November 22nd deadline for Federal employees,” CBP spokesperson Tammy T. Melvin told FOX Business in a statement. “Like other Federal agencies, we are continuing to collect vaccination information from employees as we approach the deadline.”

The document “illustrates the potential impact that this mandate could have on the workforce,” Morgan told Fox News. He noted that if border patrol agents refuse to register their vaccination status by November 9 deadline, they face counseling, then suspension, then termination.

Morgan said it would be “safe” to assume that most of the agents who haven’t registered have nevertheless taken a COVID-19 jab, but he noted that if the percentage who haven’t reported stays steady, “tens of thousands are all going to receive formal counseling.” About 10,283 CBP employees have yet to report their vaccination status, according to the document.

U.S. authorities detained more than 1.7 million migrants at the U.S.-Mexico border during the 2021 fiscal year, which ended in September, according to CBP data previously reported by Fox News. This set a record high, surpassing the 1.69 million arrests border patrol made in 1986. Furthermore, former Border Patrol Chief Rodney Scott said that CBP witnessed “over 400,000 documented got-aways” over the last fiscal year. 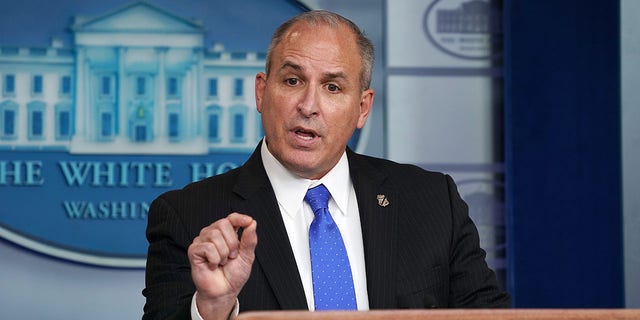 “So, an agency that is dealing with 1.7 million apprehensions, 400,000 got-aways, at that very moment, the same resources are going to be pulled away and distracted to deal with this mandate nonsense,” Morgan said. He noted that the counseling involves “critical resources,” because border patrol leadership is involved.

“It’s a cumbersome process and it’s an unneeded unnecessary distraction while they’re overwhelmed and our border is out of control,” he added.

Morgan noted that the Biden administration releases illegal immigrants without requiring them to take the vaccine.

Morgan noted that loose border enforcement enables criminals, drugs, and potential terrorists to cross the border, along with illegal immigrants. By undermining border security, the Biden administration is “jeopardizing every aspect of our country’s public health, safety, and national security,” he said.

Vaccine mandates have led police and firefighters to turn in their badges and boots in protest.