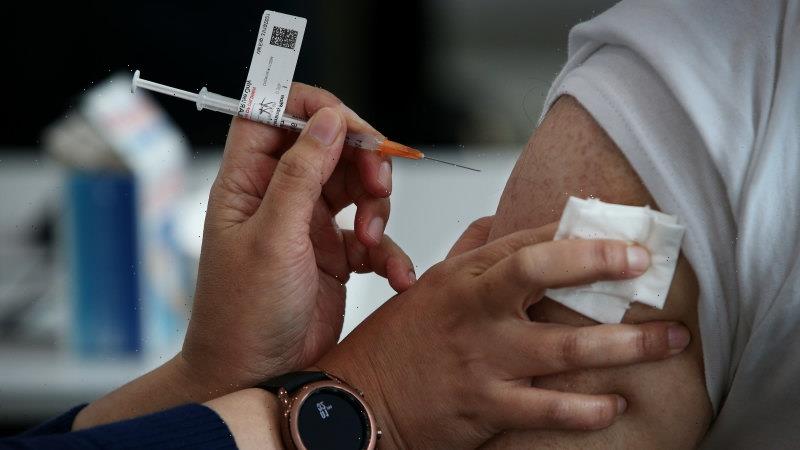 The number of people coming forward for vaccination in Sydney’s eastern suburbs has slowed in recent weeks, despite more than 80 per cent of people having received a dose in parts of the city’s west.

The lowest rate of first dose vaccination coverage in metropolitan Sydney was the inner city and south, which includes the City of Sydney local government area as well as parts of Randwick and Bayside, where just under 65 per cent of people aged 15 and over have received a first dose.

Next was the eastern suburbs, where 70.5 per cent of people have received one shot. Four weeks ago, that figure was about half of eligible residents; one of the highest rates.

An analysis of vaccination rates by local government area reveals the lowest rates in the east are seen in Randwick City Council, where 67 per cent of people have received a first dose. In Waverley, 71 per cent have received one shot.

The rate was notably higher in Woollahra Council, where 79 per cent of people have received a first dose of a COVID-19 vaccine and 57 per cent are fully vaccinated.

Rates have soared in western Sydney, after hundreds of thousands of Pfizer appointments were made available on a priority basis to authorised workers and young people in the city’s 12 local government areas of concern.

More than two in five people in the Blacktown statistical area aged 15 and over received their first dose in the past four weeks, according to figures released by the federal government on Monday evening.

The north-west Sydney region now has an 86.1 per cent first-dose coverage, up from 45.6 per cent on August 9.

Blacktown’s rate is second only to its eastern neighbour, the Baulkham Hills and Hawkesbury area, which has an 86.2 per cent coverage and has consistently had one of the highest rates in the country since the start of the rollout.

On Tuesday, Premier Gladys Berejiklian praised the west for their efforts but said, with 74 per cent of the state having received a first dose, there were clearly some areas faring better than others.

“Obviously when these local government areas are in the high 80s, and the state average is 74 per cent, that means some areas are falling behind,” she said.

“We want to make sure we’ve got targeted strategies in those communities. Don’t be left behind when we start opening up. When we open up at 70 per cent double dose, it will be only for those who are vaccinated.”

In recent weeks, local health districts have expanded availability of the Pfizer vaccine in Sydney’s inner and eastern suburbs, expressing concern about low rates and the potential for virus spread in densely populated areas.

People aged 16 to 59 who live within Sydney Local Health District’s boundaries can book Pfizer appointments alongside those within the areas of concern at locations including RPA Hospital and Sydney Olympic Park.

Just over a week ago, South Eastern Sydney Local Health District urged Randwick residents to book their priority Pfizer jab at the Brighton-Le-Sands clinic at the Novotel Hotel.

A significant increase has also been seen in vaccination coverage outside of Sydney: almost 75 per cent of eligible residents in the far west and Orana region have received their first dose, up from about a third four weeks ago, as local cases continue to be recorded in Dubbo and surrounding communities.

However, the lowest rates of vaccination across the state remain parts of regional NSW.