Published by the Tax Justice Network, the list ranks financial systems that contribute to crimes like money laundering. 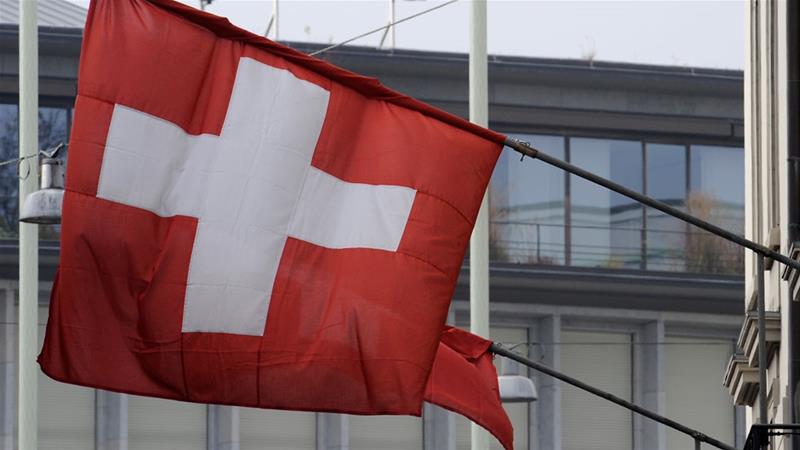 Switzerland and the United States have topped a list of countries whose economic systems most contribute to global “financial secrecy”, a measure that a UK-based research group says encourages crimes such as money laundering and tax evasion.

Switzerland took the top spot on the Financial Secrecy Index, released by the Tax Justice Network, a UK-based research group, on Tuesday.

“Secrecy jurisdictions are a safe haven for the world’s dirty money. Kleptocrats, tax evaders and multinationals engaging in tax trickery all abuse secrecy jurisdictions,” Liz Nelson, a director at the Tax Justice Network, said in a statement.

Switzerland’s position atop the list is due in large part to the size of its offshore financial services, which represent about five percent of the global market.

For its part, the US has steadily moved up the index in recent years: it was ranked second this year, third in 2015 and sixth in 2013.

The rise comes as the US has increased its share of offshore financial services, which now account for 22.3 percent of the global market, the report said.

The US also provides “a wide array of secrecy and tax-free facilities for non-residents” at the federal and state levels and largely refuses to provide tax information to other countries as part of international initiatives, the report found.

“There is now real concern about the damage this promotion of illicit financial flows is doing to the global economy,” the Tax Justice Network said in a statement.

The Cayman Islands were ranked third on this year’s list, followed by Hong Kong, Singapore, Luxembourg, Germany, Taiwan, the United Arab Emirates and Guernsey, an island in the English Channel off the coast of France.

“Financial secrecy is a key facilitator of financial crime, and illicit financial flows including money laundering, corruption and tax evasion. Jurisdictions who fail to contain it deny citizens elsewhere their human rights and exacerbate global inequality,” the report said.