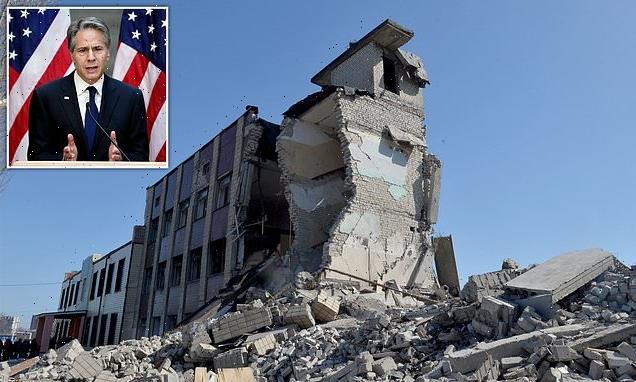 BREAKING NEWS US has officially accused Putin’s forces of committing war crimes against civilians in Ukraine: Blinken condemns ‘brutal’ attacks on schools, hospitals, children and the 2,400 killed in Mariupol

The United States government officially announced on Wednesday that it believed members of Russia’s armed forces have committed war crimes in its invasion of Ukraine.

‘Our assessment is based on a careful review of available information from public and intelligence sources,’ said Secretary of State Antony Blinken.

‘As with any alleged crime, a court of law with jurisdiction over the crime is ultimately responsible for determining criminal guilt in specific cases.’

The announcement was issued as he traveled with President Joe Biden to Europe for a N.A.T.O summit.

‘We’ve seen numerous credible reports of indiscriminate attacks and attacks deliberately targeting civilians, as well as other atrocities,’ said Blinken, citing Ukrainian officials who had counted 2,400 dead in the besieged city of Mariupol.

U.S. officials at first avoided being drawn into assessments of whether Russia was committing war crimes, even as horrifying reports emerged of a maternity hospital and a theater – where families were sheltering and marked with a sign for ‘children’ – being bombed Mariupol. 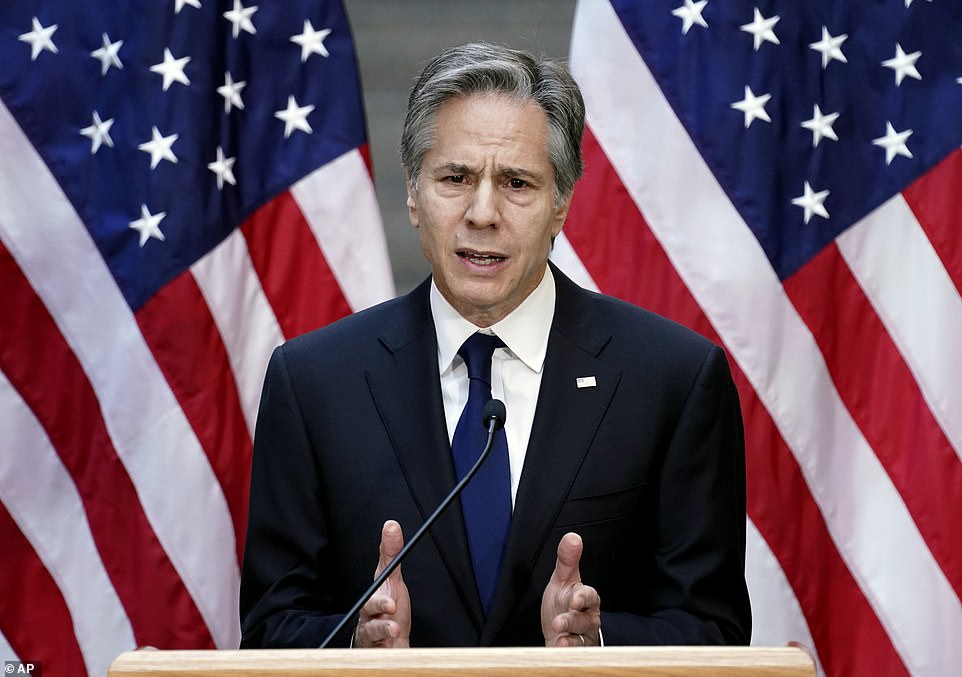 ‘Today, I can announce that, based on information currently available, the U.S. government assesses that members of Russia’s forces have committed war crimes in Ukraine,’ said Secretary of State Antony Blinken on Wednesday 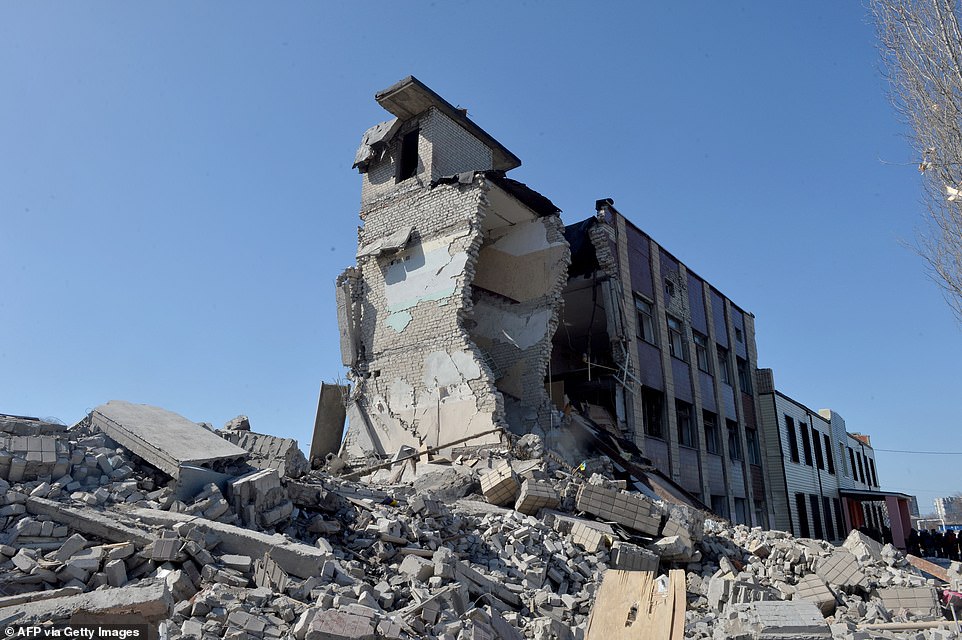 A school destroyed by Russia’s aerial bombardment in Kharkiv, Ukraine. On Wednesday the US said it had assessed that war crimes were being committed in Ukraine 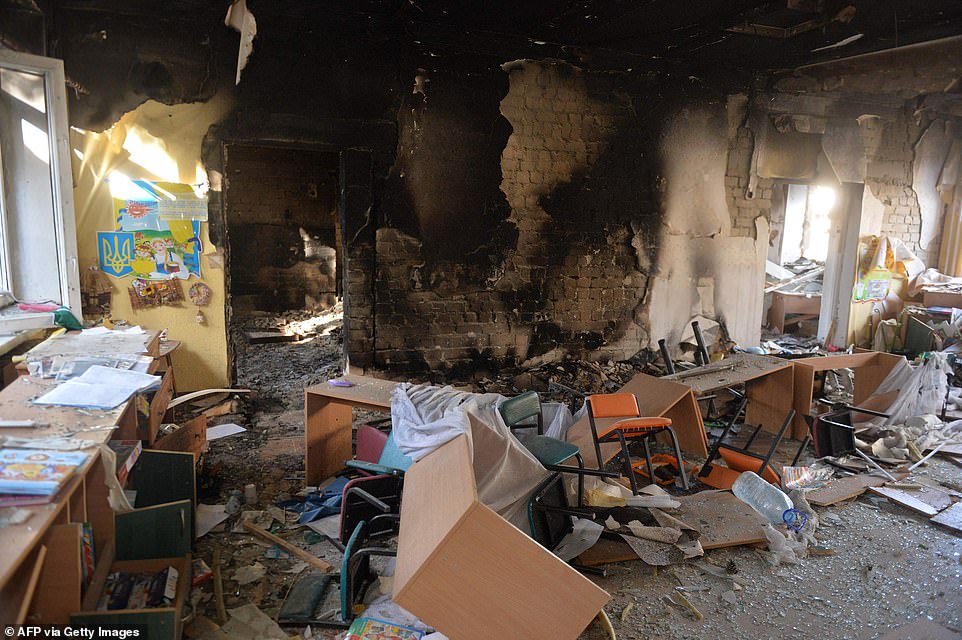 The scene inside the school hit by aerial bombardment in Kharkiv, Ukraine 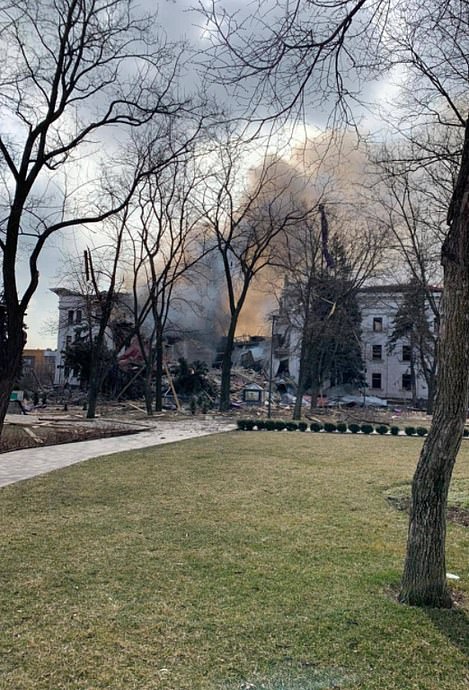 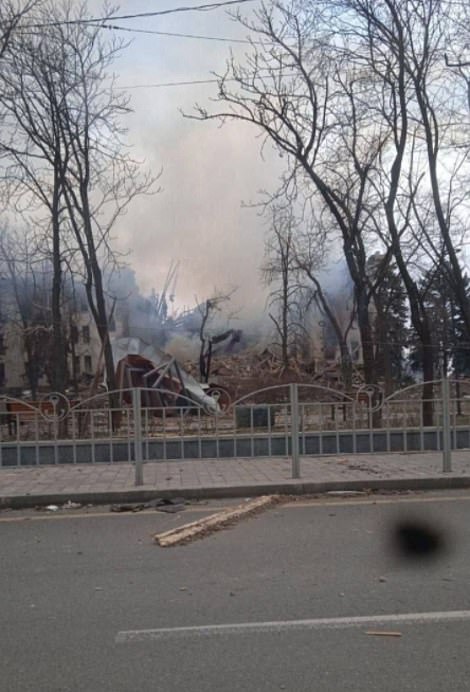 Russian forces bombed a theatre where hundreds of civilians, including children, were sheltering in the encircled port city of Mariupol last week, the city council said. Satellite images revealed a sign clearly indicating the presence of ‘children’

But that changed last week when President Joe Biden was asked by reporters what he thought of President Vladimir Putin’s actions.

‘I think he is a war criminal,’ he said.

Officials were quick to say he was speaking from his heart – rather than as the result of the sort of complex legal analysis needed to declare war crimes.

He was quickly backed by Blinken, who last week said Russian reliance on long-range bombardments appeared to be part of an attempt to break the will of the Ukrainian people.

‘Yesterday, President Biden said that in his opinion, war crimes have been committed in Ukraine,’ he said.

‘Personally, I agree. Intentionally targeting civilians is a war crime.

‘After all the destruction of the past three weeks, I find it difficult to conclude that the Russians are doing otherwise.’ 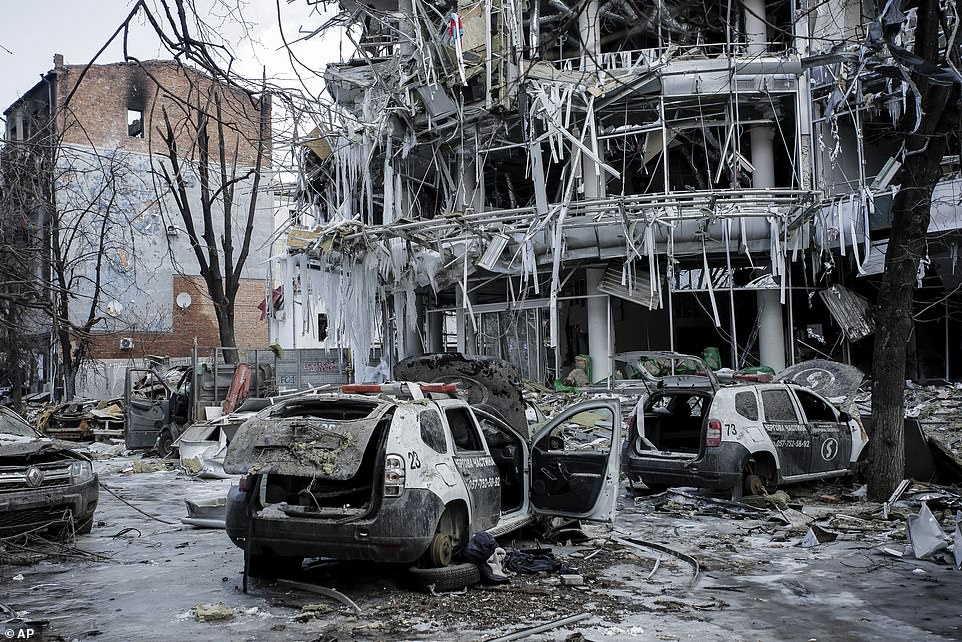 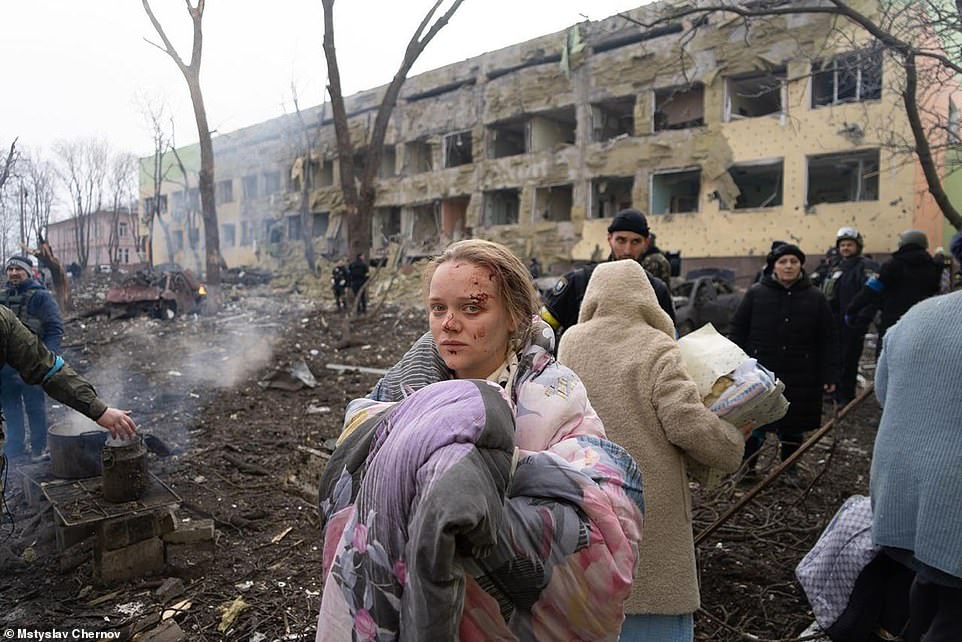 A week on and the Russian ground invasion remains largely stalled. Fierce Ukrainian resistance and a steady flow of weapons from outside the country combined with poor planning by Moscow and failing morale mean its main advance is still about 10 miles from the capital Kyiv.

The result is a terrible toll on Ukraine’s civilian population. And the United Nations estimates more than 3.5 million people have fled the country since the beginning of the invasion.

Addressing Japan’s parliament, Ukrainian President Volodymyr Zelensky said thousands of his people have been killed, including at least 121 children.

‘Our people cannot even adequately bury their murdered relatives, friends and neighbors. They have to be buried right in the yards of destroyed buildings, next to the roads,’ he said.