Kabul, Afghanistan: American and Taliban officials have agreed in principle to the framework of a deal in which the insurgents would guarantee to prevent Afghan territory from being used by terrorists, and that could lead to a full pullout of US troops in return for larger concessions from the Taliban, the chief US negotiator said Monday.

American envoy Zalmay Khalilzad said those concessions must include the Taliban agreeing to a cease-fire and agreeing to talk directly with the Afghan government, issues that the insurgents have doggedly opposed in the past. 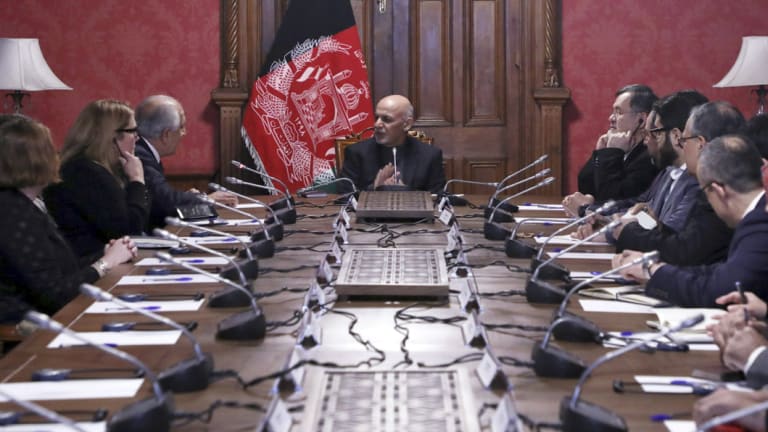 A senior American official, speaking on condition of anonymity to discuss ongoing negotiations, said the Taliban delegation had asked for time to confer with their leadership about the US requirement for the insurgents' agreement to direct Afghan talks and a cease-fire. The official described all those issues as "interconnected" as part of a "package deal" that was likened to a Russian nesting doll. The official's account was supported by details that have been leaked by some Taliban and Western officials in recent days.

A senior Taliban official confirmed the draft agreement on the issue of foreign troop withdrawal and that the Taliban pledge that Afghan soil would not be used against others. He said "working groups" would iron out details on the timeline of the withdrawal. 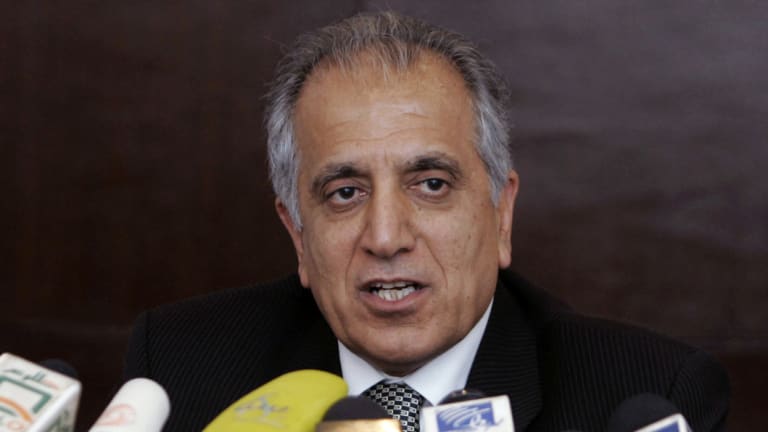 Zalmay Khalilzad said the US and the Taliban are the closest they have ever come to reaching an agreement.Credit:AP

But in a sign that the conditions the Americans have tied the finalising of the deal to may be difficult to reach, the Taliban official said he did not see the agreement as conditioned on a cease-fire or Taliban talking to the Afghan government. The official declined to say what the Taliban position on the latter two issues was.

Khalilzad returned to Afghanistan on Sunday to brief the government in Kabul after conducting six days of talks with the Taliban delegation in Doha, Qatar.

In an address to the nation after being briefed by Khalilzad, President Ashraf Ghani expressed concern that a peace deal would be rushed. He highlighted previous settlements that ended in bloodshed, including when the Soviet Union withdrew from the country in the late 1980s.

Despite a promise of a peace deal at the time, Afghanistan broke into anarchy, and years later the Afghan president who had been in charge during that transition, Najibullah, was hanged from a pole at a traffic roundabout.

"We want peace quickly, we want it soon, but we want it with prudence," Ghani said. "Prudence is important so we do not repeat past mistakes."

There is concern among senior Afghan officials about the fact that the Afghan government has still been sidelined from the talks.

Ghani's government has been excluded because the insurgents view it as an American puppet. But Ghani called the US-Taliban talks "part of our peace".

Officials close to Ghani say he is particularly concerned that the Americans might negotiate important agreements that Afghan officials are not party to, potentially including the shape of an interim government outside of elections. Ghani has repeatedly insisted that such details only be taken up in direct talks between the government and the Taliban.

During the talks last week, the Taliban signalled their seriousness by appointing one of their most powerful officials from the original movement, Mullah Abdul Ghani Baradar, as their chief peace negotiator.

Though US and Afghan officials said that Baradar was not directly involved in the marathon meetings last week, with some sessions lasting as long as eight hours, he was expected to take the lead in the talks to come. The senior US officials said new high-level talks would start in late February, but suggested that teams from both sides could start on technical details before then.

The interview with Khalilzad on Monday was the first time the US government had directly confirmed some details of the agreement taking shape.

As the first step in the framework, Khalilzad said that the Taliban were firm about agreeing to keep Afghan territory from being used as a staging ground for terrorism by groups like al-Qaeda and other international terrorists, and had agreed to provide guarantees and an enforcement mechanism for that promise.

That had long been a primary demand by US officials, in an effort to keep Afghanistan from reverting back to being the kind of terrorist base it had been at the war's start, in 2001 after al-Qaeda's September 11 attacks on the United States.

The next set of contingencies laid out by the senior American official involved in the talks would see the United States agreeing to withdraw combat troops from Afghanistan, but only in return for the Taliban's entering talks with the Afghan government and agreeing to a lasting cease-fire.