London: Britain's Brexit minister on Sunday insists a crucial vote on Prime Minister Theresa May's Brexit deal would go ahead after a newspaper reported she planned to delay it to make way for a last-minute dash to Brussels to seek a better offer. 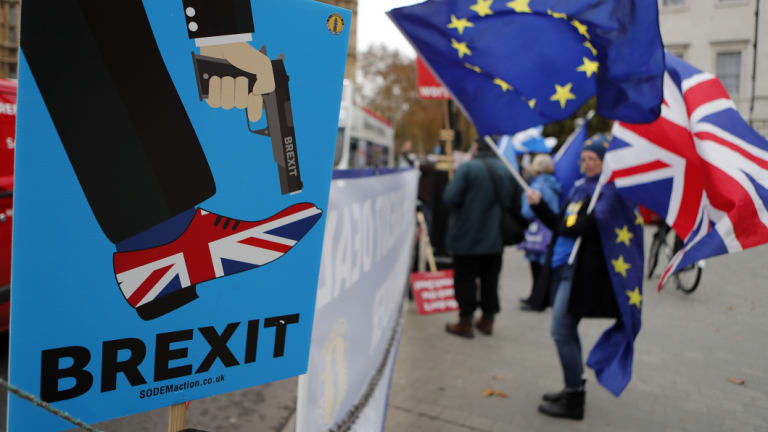 Several MPs, including the parliamentary leader of the Northern Irish DUP Nigel Dodds, former Brexit minister Dominic Raab and former work and pensions minister Esther McVey called for May to renegotiate with Brussels.

Former foreign secretary Boris Johnson – a leading Brexit campaigner and perennial rival to May for the prime minstership – said losing the vote in Parliament would give May a mandate to ask the EU to remove it from the deal.

EU diplomats have said they could consider helping May with "cosmetic" changes to the non-binding political agreement but the legally binding text of the exit deal itself would not be renegotiated. 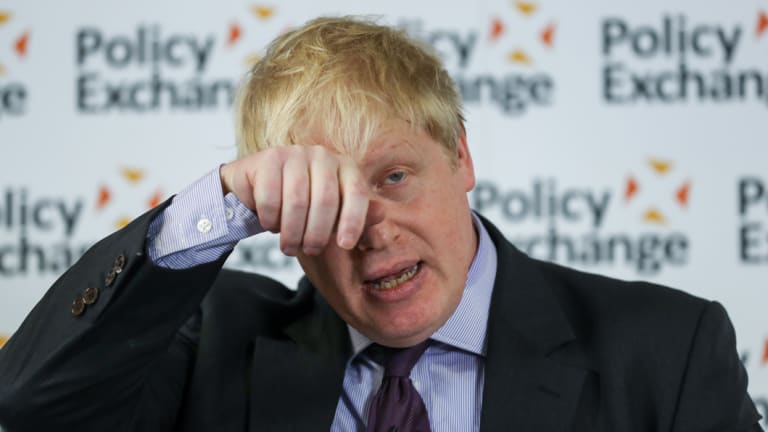 In an interview in the right-wing Mail on Sunday, May told MPs the choice was her deal or the risk of "grave uncertainty" for Britain and the chance of no Brexit, or leaving the EU without a deal.

Ahead of the vote, the EU's top court will rule on Monday whether Britain can unilaterally halt its exit from the EU, due to take place on March 29, 2019.

May said rejecting her deal would also risk the opposition Labour Party getting into power.

Labour could seek to take control of the country by calling a vote of no confidence in the government if May's deal is voted down. 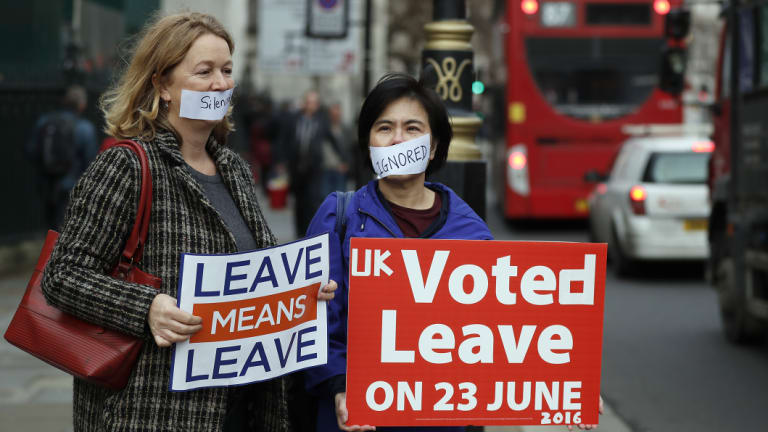 Pro-Brexit demonstrators outside the Houses of Parliament in London.Credit:AP

"What we would urge (May) to do is either call a general election – because she wouldn't have the confidence of Parliament to carry on as prime minister," Rebecca Long-Bailey, Labour's business spokeswoman, told the BBC. "But alternatively, she could offer to renegotiate around a deal that would provide consensus in Parliament."

Leading pro-Brexit Conservative Jacob Rees-Mogg, who has called for a leadership contest, wrote in the Mail on Sunday that May should stand down, regardless of whether her deal is defeated in the House of Commons.

But Johnson said May could stay on and go back to the EU to renegotiate the deal if she loses the vote, and seek to have the Irish question delayed.

"What people want to hear now is not stuff about leadership elections and personalities, what they want to hear is that there a plan to get out of this mess," he said.

He said the Irish border issue should be postponed so it forms part of the talks on a future trade deal with the EU.